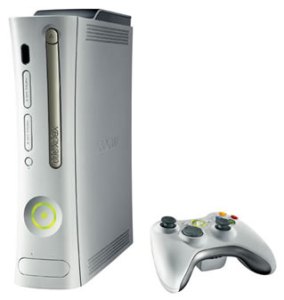 Microsoft cut Xbox 360 prices on all three of its console versions today. The $50 to $79 price cuts mean that Microsoft will have the cheapest new console on the market in the form of the Xbox 360 Arcade, which will now cost $199 compared to the $249 Nintendo Wii.

Microsoft made the move to hang on to its No. 2 position in the console war. Sony’s PlayStation 3 has been marginally outselling the Xbox 360 for the last three months. These kinds of price moves will put pressure on the rivals, but it isn’t clear exactly what the effect will be.

The move was anticipated, though some expected the price cuts to happen at the E3 trade show in July. At that time, Microsoft swapped out the 20-gigabyte hard drive for a 60 gigabyte drive and kept the price of the console the same $349. It discounted the 20-gigabyte versions to $299 to clear inventory. The Microsoft price cut comes a few days after it announced it would cut its price 30 percent in Japan.

Nintendo hasn’t changed the price of the Wii since it debuted in the fall of 2006. That’s because the console continues to sell out in many locations. Sony, meanwhile, has kept its prices stable by adding bigger hard drives. It now has a $499 model with a 160-gigabyte drive and a $399 model with a 80-gigabyte drive. Earlier this summer, those models had 80 gigabyte and 40 gigabyte drives, respectively. Sony also eliminated a high-cost version of the console that was backward compatible with PlayStation 2 games.

As Microsoft pointed out, history shows that more than 75 percent of all console sales happen after the price falls below $200. But Nintendo might impolitely note that, sans hard drive, the Xbox 360 Arcade isn’t such a great bargain for consumers. Sony, on the other hand, may have a harder time staying ahead of Microsoft in the coming months unless it cuts prices on its own. So far, indications are that Sony won’t cut prices. You can bet, however, that if PS3 sales start to sag, they will change their mind.