Kudo Tsunoda and Alex Kipman, two of the leaders who spearheaded the project, came out onstage to announce the shipments at the Microsoft Build 2016 conference in San Francisco this morning. Microsoft is staking its claim in augmented reality for a wide range of applications, from games to education, while rivals such as Facebook are pushing the Oculus Rift virtual reality headset. Combined, augmented reality and virtual reality are expected to be a $120 billion market by 2020, according to tech adviser Digi-Capital.

Microsoft showed off cool demos of games and apps on its HoloLens augmented reality headset today. HoloLens support will be in the free anniversary update for Windows 10 this summer.

“I’ve waited for this moment for a very long time,” said Kipman.

Pamela Davis, the dean of the school of medicine at Case Western University, showed a 3D holographic app of the human body that looked really cool. You can wear the glasses and view all of the parts of the human body, even as you still see everything around you.

There are three game experiences available on the dev kit, including one with Rare’s squirrel character Conker, from Conker’s Bad Fur Day, where the animated character scampers around your room. 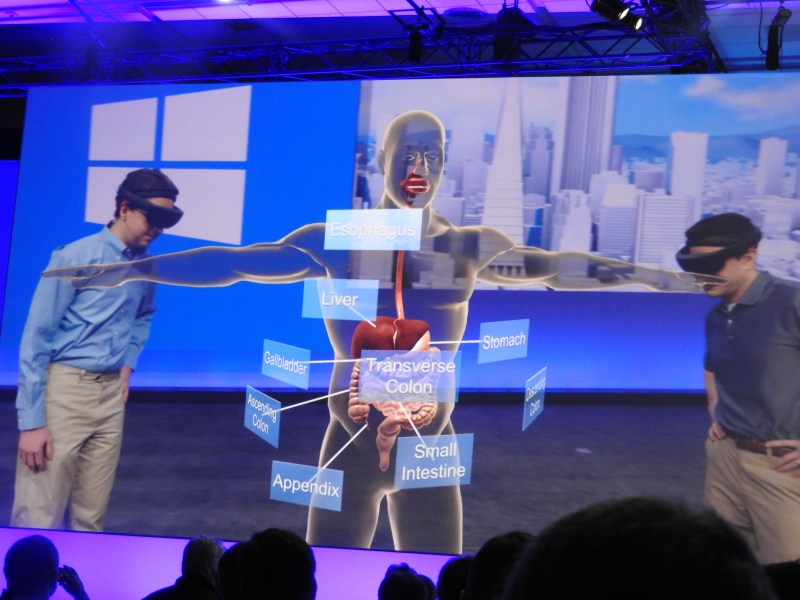 Microsoft announced HoloLens as a prototype in 2015, and development kits are going out soon. It’s an augmented reality headset and a wireless Windows 10 device that lets you to see virtual “holograms” in the 3D space around you, as a layer on top of the real world. This differs from virtual reality, which requires a special headset with goggles.

“Microsoft is farther along than any other company in AR (augmented reality),” said Patrick Moorhead, analyst at Moor Insights & Strategy. “What they shipped today was a fully FCC-certified headset that counts as company revenue, not a beta unit for developers. They also have hundreds of companies piloting and even a few companies deploying HoloLens. I don’t think too many people realize just how far ahead they are and this became apparent to me today.”

The headset contains a special Holographic Processing Unit, and it connects to a Windows device. Microsoft is putting HoloLens app source code on GitHub.

The dev kits cost $3,000. Phil Spencer, head of Xbox, said in an interview that Microsoft is working on games for the technology, but he noted it is not a mass-market consumer product at this price yet. 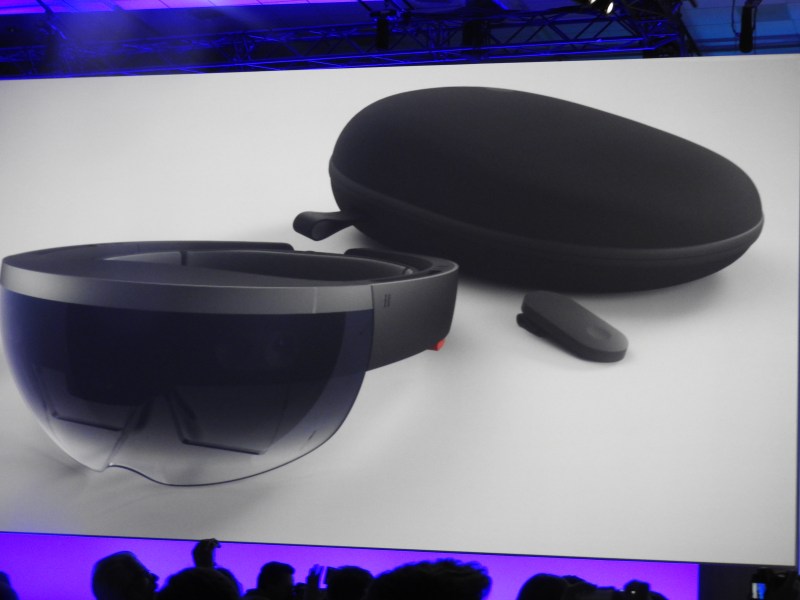