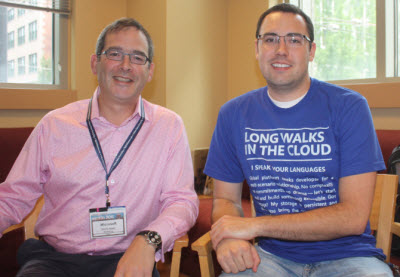 Microsoft said today it is tailoring its Windows Azure cloud development platform for social game developers, making it much easier for them to develop, launch, and support online games.

The company will release a new Windows Azure tool kit for social game developers by the end of the week. The announcement shows that Microsoft wants to win over the allegiance of the developers that are making cutting edge social games, which live or die based on the quality of interaction between players and the games’ cloud-based data centers.

Nate Totten, technical evangelist for the Windows Azure team, said in an interview that Microsoft is releasing source code that makes it easy for developers to create games with built-in features such as authentication, gamer achievements, leaderboards, in-app purchases, monetization and other common requirements for social games. The platform is based on the HTML5 format for making cross-platform games.

“You just deploy it and it runs and it scales up as you add millions of users,” Totten (pictured right) said.

Microsoft also released a simple game, Tankster, that illustrates how to use the tools to create a two-dimensional game with a small amount of interaction. The platform is aimed at small developers who don’t have time to deal with a lot of the server-based code that has to support online games such as Facebook titles. Rival platforms includes Amazon’s web services platform, which offloads the server side of the business so developers can concentrate on their game code.

“If you just want to concentrate on the game and don’t want to deal with hosting or rebuilding your game for a lot of formats, then this is for you,” said David Appel (pictured left), director of marketing for Azure. “We’ve got a platform that is cost-effective for startups.”

Some companies that have developed games using Azure include Three Melons, which made a soccer game last year for the world cup. That game reached as many as 5 million users a month. The benefit of using HTML5 is that it can be used to make cross-platform games, but its disadvantage is slow performance and an inability to easily use platform-specific features such as a camera in smartphone games.

Incidentally, Dave Roberts, chief executive of PopCap, said that the promises of writing a game once and running it anywhere haven’t been fulfilled, even in the age of HTML5. But that’s not stopping companies from making that sales pitch to developers, and Microsoft is one of those delivering that pitch.