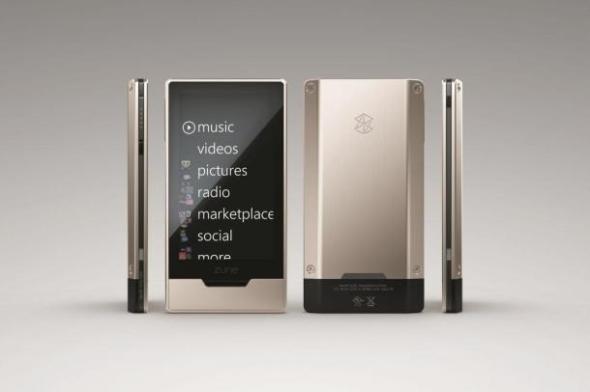 Microsoft has announced that it will launch a new Zune HD portable media player this fall. It is also expanding its Zune Entertainment Service to new platforms such as the Xbox Live online gaming service for the Xbox 360 game console. The new device, combined with a unique service, might just add a little pressure on rival Apple.

Zune’s video service will now be available internationally on Xbox Live, bringing the Zune brand to the 17 million Xbox Live subscribers. The Zune HD will combine a built-in HD Radio receiver, high-definition video playback, an organic light-emitting diode (OLED) touch screen, Wi-Fi, and an Internet browser. That’s going to make the Zune HD a reasonalble contender to Apple’s iPod Touch, which has some of the same functions.

Enrique Rodriguez, corporate vice president of the Microsoft TV, Video and Music Business Group, said that the announcement is a turning point because it means the Zune experience will now extend beyond devices and become a cross-platform experience. Microsoft needs something to happen, as Apple’s iPod is still crushing the Zune in the market.

Zune services will be available in the Xbox Live Video Marketplace. It will be the first thing that users see when they click on the video marketplace menu in the Xbox 360’s user interface. Microsoft will show off this functionality at the E3 trade show next week. Chalk that down as something Apple can’t do.

Zune HD comes with a built-in HD Radio that offers better sound quality than traditional AM/FM radio. Since stations can broadcast multiple channels, listeners can shift to the second or third channels if they don’t like the first channel — and still essentially stay on the same radio station. While nobody really sings the praises of HD Radio today, Microsoft can at least say this is another feature that Apple’s iPod Touch doesn’t have this. (Of course, Apple’s iPod Touch has plenty of cool things, like 40,000-plus apps, that the Zune HD doesn’t have.)

The OLED touch screen has a 16:9 HD format with a resolution of 480 pixels by 272 pixels. The HD-compatible output lets Zune HD custmers play videos on other devices which are connected via a high-definition multimedia interface (HDMI) audio docking station (sold separatly). That means you can take a Zune HD, plug it into a 720p HDTV, and watch the videos on the big screen.

The Zune HD’s web browser will be able to run full screen and work with the touch of multipe fingers, much like the Safari browser on the iPhone and iPod Touch. The Zune HD can use Wi-Fi to stream videos from the Zune music store directly to the device’s screen.

Sounds great, right? But, as somebody just told me, just a couple of years too late.