Hoping to win favor with indie game developers, Microsoft is announcing its ID@Xbox program today that would allow independent game developers to self-publish on the Xbox One video game consoles launching this fall.

The battle to establish a new platform is usually won or lost on the basis of developer support. Apple and Google have stolen many developers away to make games for mobile platforms. Both Sony and Microsoft realize this, and that is why they are both catering to indie game developers now. Sony won a public relations coup by coming out first with its program for indies. That led some well-known developers like Lorne Lanning to bash Microsoft for being late to the party. Some critics will view Microsoft’s move today cynically, saying it has been done in reaction to Sony. 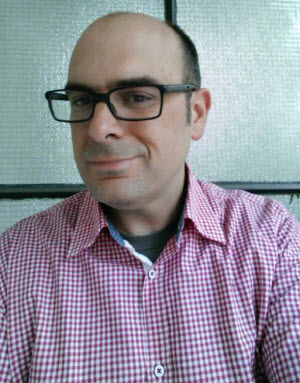 But Chris Charla, director for ID@Xbox, said in an interview for GamesBeat that the Microsoft indie games program has been in the works for a very long time. The company made the announcement the centerpiece of its presentation at the Gamescom event in Germany today, and it is a signal that Microsoft recognizes that great games can come from anywhere these days, from a development team of hundreds to a single person.

The program enables qualified game developers to build, publish, and make their games available digitally on Xbox One. Eventually, it will allow any Xbox One owner to create and self-publish a game. That self-publishing program isn’t included just yet. But Microsoft says it built Xbox One to be the best platform for game development, digital distribution, and discovery. To ensure that, the Xbox One design team has already met with more than 50 developers to hear what they want in a self-publishing program.

“We have been talking to indie developers for a really long time,” Charla said. “We want to be inclusive and welcoming.”

Word of the program leaked out last month, but Microsoft wasn’t ready to talk about it. That lateness has been a source of much angst. If Microsoft had talked about it earlier, it might have avoided some criticism.

The program’s features include making games more easily discoverable. When you have a platform like the Apple App Store, with nearly 1 million games available, it becomes a chore to find what you want. All Xbox One games will be located in the Xbox One Store, and Microsoft will make it as easy as it can to search for the right game. It will show trends to tell people what friends and the community are playing. It will have recommendations to make new games more visible, based on what you like to play. It will spotlight Editor Picks in a showcase. It will have Game DVR and Upload so people can share their favorite game experiences and help games spread in a viral way. And it will have achievements and challenges to motivate players to play games more.

For the professional game developers who register with Microsoft, the company will provide them with two development kits at no cost. Developers will have access to the same benefits that Xbox developers have today, including the full power of the console, cloud services, Kinect ,and Xbox Live toolsets such as Xbox SmartGlass, multiplayer, Achievements, Gamerscore, and more. In the past, with the Xbox 360, Charla acknowledged that the lower tier of developers didn’t have access to the features that could help them get noticed more.

Charla, a veteran of the game business and former game journalist, is heading a global support team to oversee the program and maintain personal communication with the vast majority of developers. The team has community managers that will provide quick answers to submissions, questions, and support requests. The team will provide best practices, forums, and global events, including ID@Xbox host gatherings in London, Seattle, and San Francisco in the fall.

Microsoft will begin accepting applications starting today, Aug. 20, at www.xbox.com/id. If you’re accepted, you’ll be a registered Xbox One developer. Priority will be given to indie developers with a proven track record of shipping games on mobile, console, PC, or tablet platforms. There are no fees for applying, certification, or title updates.

Charla said the team got feedback about what didn’t work with Xbox 360 and made some changes. Updates were slow in the past, and the fees were high. Indies couldn’t get access to connect or gamerscores. And their titles were sectioned off in a part of the marketplace. Asked why Microsoft didn’t announce the program earlier, Charla said, “We had a lot to talk about. Our vision on Xbox One is anybody can be a creator.”

Marc Whitten, Xbox chief product officer, said in a statement, “Xbox One was built from the ground up to be a great platform for developers of any size to create and share their ideas with the world. We are committed to bringing together the imagination of game developers from around the world together with the power of Xbox One. We know Xbox fans will fall in love with the quality and diversity of games on our platform. We are committed to ID@Xbox and are fully invested in helping independent developers succeed on Xbox One.”

Phil Harrison, corporate vice president of Microsoft’s game business and European operations, said, “I am really looking forward to the diversity and creativity of games that will come to Xbox One through the ID@Xbox program. We’ve worked with the community of developers to craft a platform that helps creators self-publish on Xbox One — irrespective of their size or location.”

Hecker said, “I’m really excited that Microsoft has listened to feedback from developers and created this program. As an independent developer, I want ‘SpyParty’ to be available to as many players as possible, and it feels like Microsoft is interested in not only removing roadblocks for indies to get their games on Xbox One, but they’re also genuinely interested in finding ways to bring new and innovative indie games to their platform to help games reach their potential as an art and entertainment form.”

Charla said that non-programmers will also find that they can make games with the Xbox One thanks to titles such as Microsoft’s own Project Spark, a game-making tool for the console. Microsoft has other development programs for Windows Phone and Windows 8, but this program focuses on Xbox One. The fact that developers can hit all of those Microsoft platforms with their games is a “huge advantage” that Microsoft has over other platforms, Charla said.