Behold, the chainsaw bayonet is coming back. Microsoft confirmed rumors and formally announced Gears of War 5 today at its press event ahead of the Electronic Entertainment Expo (E3). It comes out in 2019.

After many rumors, including a big one dropped by Walmart Canada, Gears of War 5 is finally out in the open. On top of that, Microsoft is working on Gears Pop, a funny cartoon-like game, and Gears Tactics, a tactical strategy game akin to the XCOM titles.

Gears of War 5 will evidently feature a female lead character, Kait, and an African-American sidekick. She has a kind of vision and needs to go “back where it all began” to undertake a mission other than what her superior officer wants her to do. It seems to have a deep story, though I’m not exactly sure what it is yet. It also has plenty of bloody shooting and melee combat. 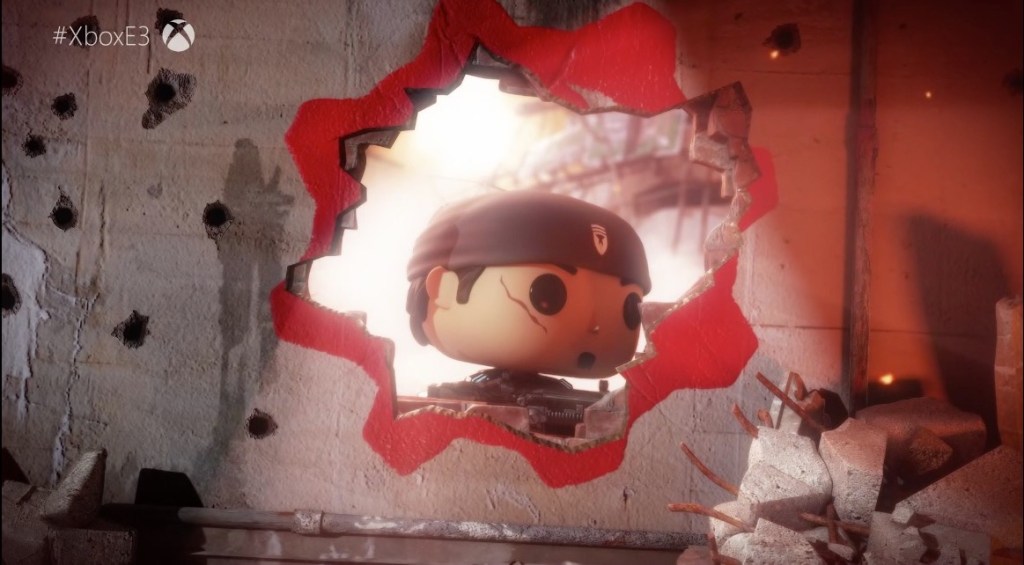 I hope the game has a solid footing. Gears of War 4 left me feeling a little disappointed, as its tone descended from a serious exploration of the potential end of humanity into something kind of ridiculous, with giant mechs spraying death everywhere.

“Where are we going, back to where it all began,” says the female character in the trailer. She wields a giant hammer, a knife, and a machine gun and can drop a bunch of enemies with various weapons.

You can play solo or with a friend in local split-screen co-op or online co-op. You can experience every mode in 4K Ultra HD resolution with HDR at 60 frames per second.

“Gears 5” will be released in 2019 on Xbox One and Windows 10 and will come to Xbox Game Pass on the same date as its global release.

Gears Pop is being created with Funko in a style inspired by vinyl collectible characters. It is going to come out on iOS and Android in 2019.