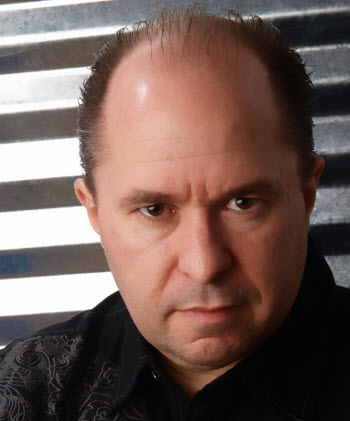 The team has six veterans who will focus on creating games for iOS (Apple’s iPad, iPod Touch, and iPhone devices) and Android mobile devices. That’s a far cry from Goodman’s other games such as the AAA-quality Age of Empires PC games, making him one of many game developers who are making a personal crossover journey from high-end PC games into mobile gaming.

“We wanted to do something from the ground up, starting small,” Goodman said in an exclusive interview with GamesBeat. “We were so successful with our first idea that we never got around to some of our other ideas. We’d like to create character-driven games, like the Nintendo games that we grew up with.”

PeopleFun will be based in Richardson, Texas and is one of about eight startups in the diaspora of Dallas-based Ensemble Studios, the maker of Age of Empires that Microsoft acquired in 2001 and shut down in 2009.

After Ensemble shut down, Goodman helped start Robot Entertainment, the maker of titles such as Orcs Must Die! and Hero Academy. Goodman remains on the board but will become less involved as he undertakes the chief executive job at PeopleFun.

Goodman isn’t yet talking about which games the company is making. He has been busy with the startup since late last year. The first unnamed game is about to go into beta testing.

Other members of the team include John Boog-Scott, co-founder of Ensemble Corporation and Ensemble Studios; Angelo Laudon, employee No. 1 at Ensemble Studios and lead programmer on the Age of Empires engine; and Leon Campise, serial entrepreneur in the technology space.

The aim is to deliver outstanding game experiences on mobile for both hardcore and mass-market audiences. Mobile games are a big departure from what Ensemble and Robot did, but Goodman feels like it’s good to stretch himself and his team. The company has set up a fan page on Facebook.

Age of Empires focused on real-time strategy games, where players built empires and waged war. The studio grew to about 115 people. This time, the games will be franchises with memorable characters.

“We never indulged our childish desires with Age of Empires,” Goodman said. “Life lasts maybe 75 years. You get a chance to do four or five things.”

Goodman said he liked working on mobile platforms because you can be creative with a small number of people. The company may grow to about 10 people, with the focus on hiring people who can multitask as designers, programmers and artists. The company is self-funded and does not plan to raise funding.

Goodman said he knows it isn’t easy to get content discovered on app stores. There’s a lot of competition, including Zynga, Rovio, Gameloft, Glu Mobile, Electronic Arts and others. But he has some seriously seasoned veterans on his team. He said he was inspired when he read Valve’s employee handbook, which was leaked online.

“I try not to worry about the platform and try to do something creative and worthwhile, something that will be remembered,” he said. “I created PeopleFun to get back to the magic of a small, super-luminescent creative team.”