When game publisher Valve originally announced its plans to create a console for the living room space, Microsoft corporate vice president Phil Harrison said the company would “be watching what they do with great interest.”

Now that the company behind the Steam digital distribution platform and community has shown off Steam Machines, Steam OS, and Steam Controllers — a platform based on the open-source operating system Linux — we went to Microsoft Studios vice president Phil Spencer to see what the PC giant thought about this challenge to not just to Windows but the Xbox as well.

“Valve is right down the street from us,” Spencer noted. “They’ve done a great job of keeping the PC ecosystem strong at a time where I don’t mind saying that we could have been more focused on what was going on in PC gaming.”

In truth, Steam has blossomed, becoming the top digital platform in PC gaming. Sure, EA has Origin, but that network is barely two years old and does not have the same community base — nor the same enticing store front as Steam. Ubisoft has Uplay, but it only came to PC last year and is exclusive to Ubisoft titles, so it’s clear that it’s not a threat to Valve.

Windows gaming is the other major digital games platform with the Windows App Store, which first appeared with the rollout of Windows 8 in August 2012. But Spencer admits that Microsoft has neglected PC gaming, even going so far as to say that it should’ve been creating their platform in Steam’s likeness.

“We were probably too focused purely on console,” Spencer admitted. “With Steam, [Valve has] done an amazing job of building this thing that, in a lot of ways, we should have been building as well at Microsoft.”

Despite Valve’s successful evolution from game publisher to rival platform over the past 10 years, Spencer does feel the company faces an uphill climb with its push for Linux. The open-source OS makes up around just 1 percent of the PC market. 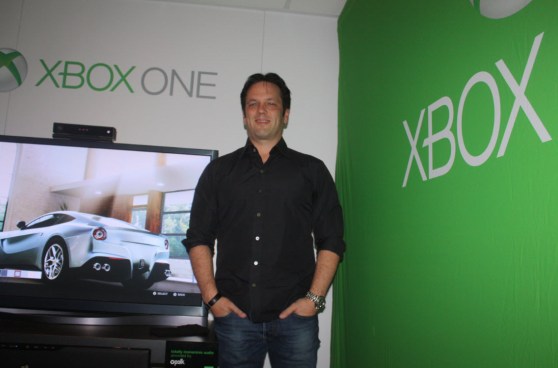 “This is where I think they’re going to have to do quite a bit of work,” believes Spencer. “There is a difference between being a game developer, running a store, and being a platform company,” he said. “That’s an evolutionary jump. They made the jump from building Half-Life to having a set of franchises to running Steam. They did a good job of learning through that. Now they’re taking the next job to become a platform company — in some sense a hardware company, but in the truest sense more of an OS company. That’s not an easy transition.”

Despite a lacking presence on the consumer side of the market, Linux is the leading OS for servers, according to Valve cofounder and managing director Gabe Newell. And you find Linux in many places in your home: your cable box, the computer in your fridge, and maybe even your thermostat. But the OS would be a completely new option for consumers — and something without a real track record.

Even though Valve faces a significant challenge, Spencer believes it’s capable of pulling it off.

“They’re smart. They’ve been through it. I think they can do it,” he said. “But I think it will take time.”

How much time is anybody’s guess, but it’s apparent that Valve has prepared for this business venture and is now moving faster than normal, especially considering that their living room strategy was announced in September and is going into a closed beta by the end of this year, with Steam Machines, Steam Controllers and Steam OS launching in 2014.

As for Spencer and Microsoft, obviously, they’re sticking to Windows. “As far as the OS, obviously, we love Windows. Linux isn’t Windows. We’re focused on making Windows and Xbox and Windows Phone the best connected ecosystem we can.”

It’ll be interesting to see how Valve affects the living room space with their new open source console and OS, come next year and more importantly, how the industry reacts.

As for the gamers, we’re all just hoping Half-Life 3 finally shows up.