Sony has grabbed an early lead in the gaming console war, selling 6 million PlayStation 4 consoles since November. Microsoft has sold perhaps 4 million Xbox Ones, and has clearly fallen into the No. 2 position in next-generation consoles after leading with the Xbox 360. 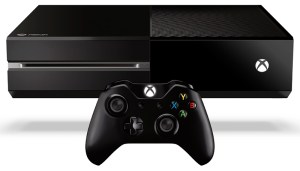 Above: Xbox One from Microsoft.

Marc Whitten, chief product officer of the Xbox One, dropped a bomb this week as he announced he was leaving to take an executive post at wireless audio equipment manufacturer Sonos. That’s a little scary for game developers who are thinking about throwing their support behind Microsoft’s state-of-the-art game console.

But Phil Harrison, the corporate vice president of Europe and other regions, isn’t panicking. He says that we’re just 120 days into the console cycle, and Microsoft has plenty of momentum from last week’s launch of Titanfall, a universally well received sci-fi shooter made by Call of Duty’s creators. Harrison is reassuring studios, and he points to the addition of 250 indie game developers to the Xbox One platform.

We caught up with Harrison at the Game Developers Conference in San Francisco. Here’s an edited transcript of our conversation.

GamesBeat: What would you highlight at this stage of the console cycle? How well are things going? What’s your postmortem on the last few months?

Harrison: Things are going great. It’s the fastest, most successful launch in our history. Titanfall is blowing the doors off, literally and figuratively. Great engagement, just fantastic proof of users not only buying Xbox One, but using it in a very engaged way. More than five hours average use per day, which is amazing.

The ID@Xbox program, which we’re showcasing today — moving from announcement and concept at Gamescom last August to reality here, with more than 250 developers already in receipt of tools and working on games. We have 25 games playable here. Just to put that 250 developers in context, that’s more than the entire independent developer cohort on Xbox 360. In 120 days, we have more developers working on Xbox One in the ID program than we had lifetime on 360.

Above: In Titanfall, the losing team has a few seconds for “extraction” after the match ends. Any players who can escape to the dropship without getting killed by the other team will get some bonus experience points.

GamesBeat: Is it a wide open door, basically? Everyone who wants to try something can find a way to get on the platform?

Harrison: That’s our goal. We want to democratize development as best we can. Clearly, while we’re giving out dedicated dev kits to developers, there’s a finite supply of those, so we’re not able to open the doors completely. But you can see that the quality and depth and variety in the games we’re showing here. It’s worth pointing out that these 25 games here are not necessarily the first 25 games, or the best 25 games. They’re a representative sample of what was available to us in partnership with our developers today. It shows incredibly exciting promise for the future.

GamesBeat: Sony seems to be ahead in console sales for the moment. What’s your view on how that’s going and how you can catch up or overtake them?

Harrison: We’re 120 days into our platform lifecycle. You know better than anyone that this is a marathon, not a sprint. We’re happy with our plan. We’re happy with the performances of our key franchises and key partnerships, most notably Titanfall in the last couple of weeks. You can see independent surveys and studies showing our sell-through doubling in the U.K. as far as hardware. We have a fantastic lineup we’ll reveal more of at E3 and beyond. We have a lot of great surprises to come.

Above: The Kinect’s body and face scanning in Kinect Sports Rivals will create a personalized, attractive avatar.

GamesBeat: You have some interesting uses of Kinect coming up — Project Spark, Kinect Sports Rivals. They’re doing some cool things there.

Harrison: The teams have really gotten to grips with the capabilities of the technology. Kinect Sports Rivals, particularly, with the virtual-athlete creator, where you can stand in front of Kinect and it makes a characterization of you. That’s a magical experience. It looks simple, but under the hood it’s incredibly powerful software technology at work.

Here, we have a number of examples where developers are using Kinect in impactful ways to augment their game design, whether it’s voice activation in Capybara’s game, or the game FRU, which is in the back corner. It uses your shadow to create an alternate version of the game world, so that in a platformer, you reveal parts of the game by moving around. It’s very clever. I hope that games like Spark and Kinect Sports Rivals will act as showcases for the technology and not just for consumers but also for developers.

GamesBeat: What’s the message to hook more developers in that you’re going to convey here?

Harrison: We’ve had thousands of developers apply to our ID@Xbox program, an overwhelming response. As I said earlier, 250 developers are already off and running. We have no shortage of developer interest and creativity coming to our platform. That’s not just good for our platform. It’s great for gamers, and most important, it’s great for the industry. It’s giving a new on-ramp for developers to get into creation and distribution of games.

GamesBeat: How much of that is international?

Harrison: We announced, this morning, an additional 26 countries and regions for Xbox One coming in September. That will be 39 markets where Xbox One will be available by the end of the year. Partnering that with the ID@Xbox program means that I hope we find really culturally relevant local products and experiences coming to our platform. That will really accelerate us. 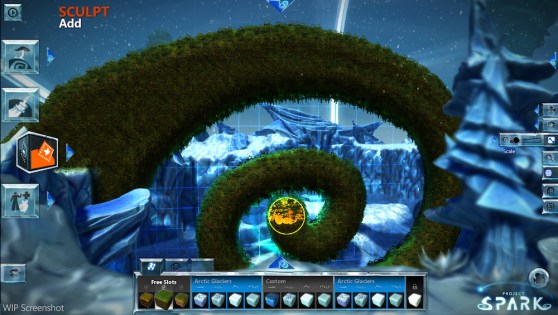 GamesBeat: Do you feel like all parts of the game industry are going to continue to grow here — console, online, mobile, everything growing all at once?

Harrison: There is no sight or indication of the overall growth of our industry slowing down. That’s healthy. More and more people are becoming gamers through a variety of platforms, a variety of entry points if you will for the medium of gaming. The demographics show that once you become a gamer, you stay a gamer. You might modify your playing habits over time to match your lifestyle, but we’re seeing this demographic of gamers throughout the world, throughout all ages. That’s very healthy for the future.

GamesBeat: Do you have priorities for this year?

Harrison: Make sure we have the best games on our platform, showing off our platform in the most amazing way. Reach as many consumers as we can in as many countries as we can. Continue to surprise and delight them with the best online service and the best entertainment experiences as well.

GamesBeat: Was September always the point in the schedule you’d planned another international launch? Or did you have to move it forward or back in some way because of different strategies?

Harrison: An awful lot of moving parts go into a particular date for introduction in a market. Some have to do with local issues around when folks are on holiday or when they’re back, the right time to work with retail partners, the availability of hardware supplies, the availability of content — there’s a number of factors. September’s the date that we landed on. 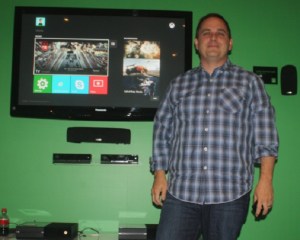 Above: Former chief product officer for Xbox One, Mark Whitten

GamesBeat: And Marc Whitten [chief product officer for Xbox One at Microsoft] has departed. In the wake of that change, how do you plan to adjust and manage the whole thing?

Harrison: We’re very sad to see Marc go. I’ve enjoyed working with him over the last couple of years. He’s been a great part of the Xbox success story over the last 14 years. We wish him very well in his endeavors. He’ll now be working on my second-favorite consumer electronics product in my house, after the Xbox. I’m a big Sonos fan.

But one of his legacies is he created a fantastic leadership team. The team that was in place yesterday will continue to be in place building our experiences tomorrow. It’s business as usual.

GamesBeat: What’s your own personal focus these days?

Harrison: In the very short term, now that Kinect Sports Rivals is done — I’m very proud of the work the team has done there — we have some big announcements that we’re going to unveil to the world in the next few months at E3 and Gamescom. It’s show season again.