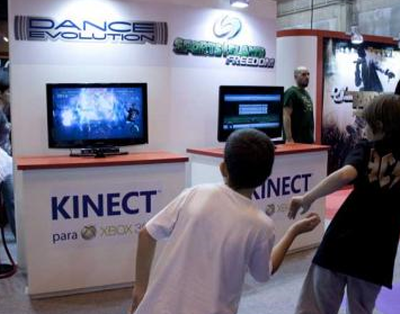 Just a few days after the launch of Microsoft’s Kinect motion-sensing game system, hackers have broken the security behind it, according to a video released today.

The video below shows that a hacker has taken control of the Kinect system, which is a $149 add-on for the Xbox 360 video game console. Kinect allows users to play motion-sensing games without any game controller. The effort was undertaken at the urging of New York-based Adafruit Industries, which offered a $2,000 bounty for an open-source hack. Phillip Torrone of Adafruit provided the video to the Gizmodo gadget blog.

In a statement to CNET, Microsoft said, “Microsoft does not condone the modification of its products. With Kinect, Microsoft built in numerous hardware and software safeguards designed to reduce the chances of product tampering. Microsoft will continue to make advances in these types of safeguards and work closely with law enforcement and product safety groups to keep Kinect tamper-resistant.”

Adafruit is led by MIT Media lab alumni Limor Fried and Torrone, a senior editor at Make magazine. They’re basically encouraging the hacking for the sake of hacking. It’s not clear what the consequence would be if the motion control system is hacked. Presumably, the hardware behind Kinect could be redirected to work with other game systems, robots, or the PC.

“It’s amazing hardware that shouldn’t just be locked up for Xbox 360,” Torrone told CNET by e-mail. “Its ‘radar camera’ being able to get video and distance as a sensor input from commodity hardware is huge.”