A pack of enemies stands before you, neatly lined up in the narrow corridor while they take turns attacking and whittling down your party of adventurers. Your healer is unconscious, your mage is out of mana, and your warriors are getting low on health. The ways to the east and west are blocked, and the dungeon exit is behind you. Most people would agree that the prudent thing to do in this situation would be to run away.

In Might & Magic X Legacy, available today (Jan. 23) as a download for Windows PCs, publisher Limbic Entertainment and developer Ubisoft apparently disagree. The latest installment in this almost 30-year-old role-playing game franchise forces you to either stand there and fight a hopeless battle or, more efficiently, just load a previously saved game. This marks what is just one of many questionable design decisions apparently made in an attempt to capture the spirit of previous titles.

Unfortunately, no amount of nostalgia can make up for the self-induced limitations and shortcomings of this flawed attempt to resurrect a classic RPG series.

Provided you were at least 10-years-old before the ’90s hit, and you capitalized on the opportunity to explore earlier entries in the Might & Magic series, you should be able to jump right in to MMXL. Everything should be familiar. The statistics and skills that drive the game are largely unchanged. You’ll see the same, click-friendly interface with the portraits of your four characters. The turn-based gameplay will remind you of a time when we played RPGs before the Pentium processor was invented. Even the more advanced options found in M&M, such as skill mastery and advanced character class upgrades, are still intact. 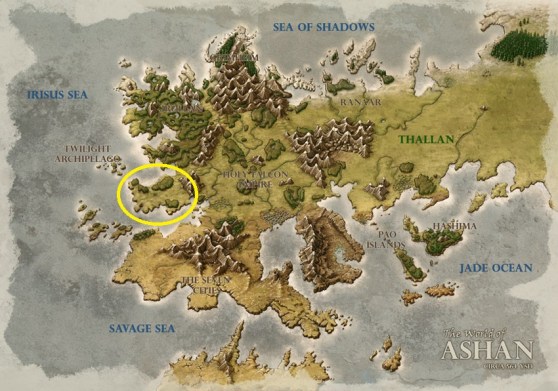 If you are also a fan of the related turn-based strategy series Might & Magic: Heroes, you should enjoy that the plot of Might & Magic X: Legacy follows the events of the sixth installment of the Heroes series. The city of Karthal, located on the Agyn peninsula, is on the verge of seceding from the Holy Empire. The characters you create get caught up in the political intrigue of various factions vying for control of the city.

Despite the inherent constraints of grid-based movement, Might & Magic X: Legacy has quite a bit to keep you busy. Most of the quest-related dungeons feature multiple levels that are full of enemies to fight, switches to pull, and puzzles to solve. Certain spells also reveal hidden areas that you can open for more treasure. Even the overworld map has secrets packed in out-of-the-way corners and dead ends and areas that can only be reached with certain spells or blessings.

Other helpful features include an automatic mapping system to keep track of where you’ve been and a monster journal that gives you more information about your foes as you defeat them. The skill mastery system has you searching far and wide for more experienced trainers to upgrade your characters. Careful explorers will also find numerous side quests to keep you busy or provide a distraction from the main plot.