Nintendo’s first mobile game is the most downloaded smartphone application for iOS and Android in Japan, but that isn’t exactly bringing in the big bucks.

Miitomo is the 176th highest-grossing iPhone application in Japan today, according to intelligence firm Sensor Tower and market-tracking firm App Annie. On Google Play, the Android app market, Miitomo is way down at No. 268 in terms of revenue. That is a long way from the top two or three games that generate the bulk of the money spent on smartphone games and applications in Japan. Despite its lacking monetary performance, investors rewarded Nintendo for the strong app launch by bumping the company’s share price more than 8 percent this morning. Stockholders obviously think Nintendo has what it takes to dominate the $34.8 billion mobile gaming sector, and they don’t care that Miitomo isn’t making money yet. 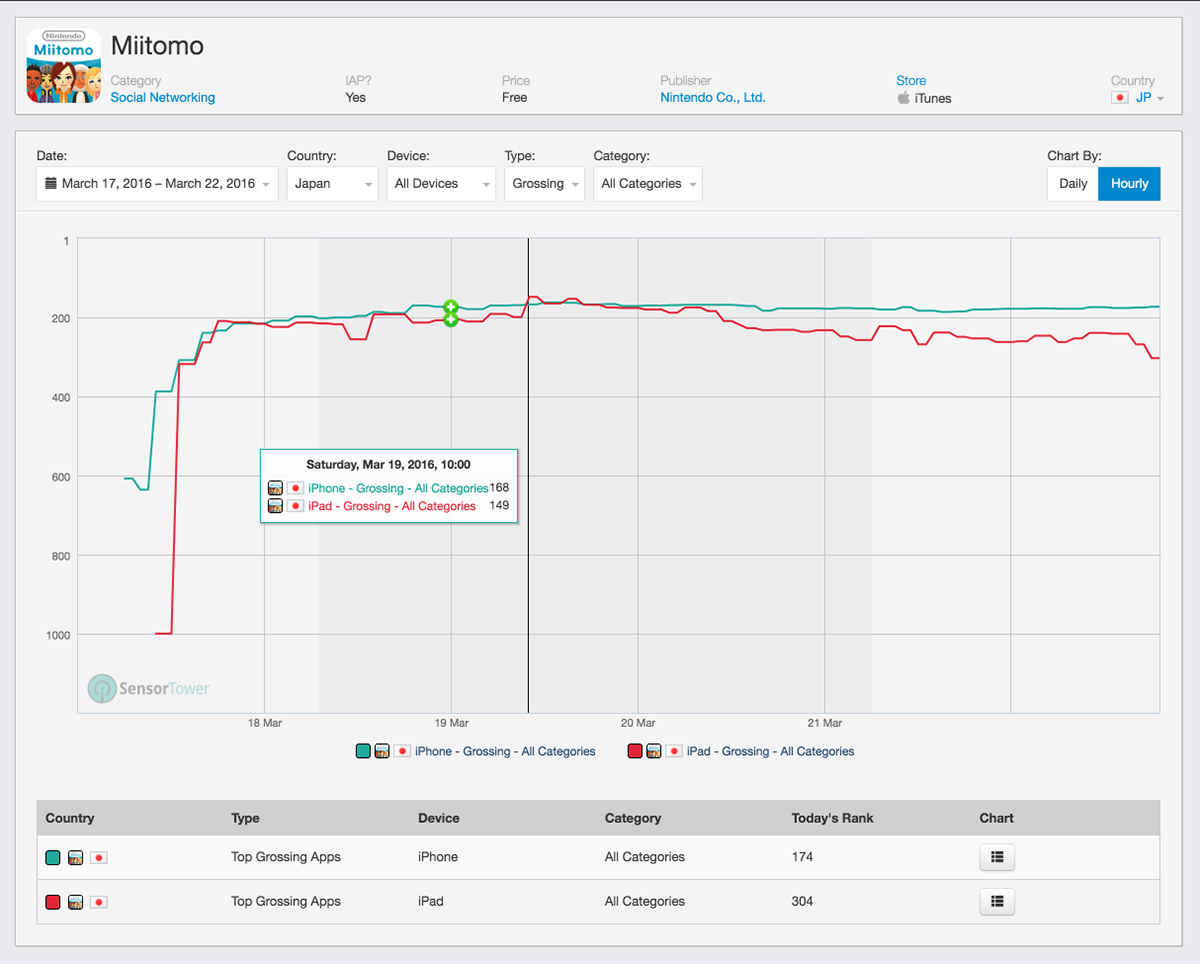 Above: You can see Miitomo hovering around its No. 175 rank on iPhone in Japan. It’s starting to wane on iPad.

“Investors weren’t expecting Miitomo to make a lot of money,” Kantan Games analyst Serkan Toto told me on Twitter. “The stronger signal is that the app actually integrates such hooks.”

Those hooks? Well, they’re a range of microtransactions that enable players to buy in-game currency they can spend on clothes and other items. Miitomo offers a pack of 1,000 coins for as little as 120 Japanese yen (around $1), but that goes all the way up to 105,000 coins for 8,800 yen (that comes in at $75 when I play the game with my U.S. account on Android). 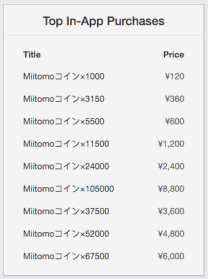 Above: Sensor Tower shows the top-ranking in-app purchases for Miitomo.

Seeing those options is a huge indicator that Nintendo is adopting some of the most lucrative practices from the mobile space. With the company promising to release four other mobile games before the end of March 2016, it could potentially stumble across a game that does get players spending. Miitomo has proven that Nintendo has the power to jump to the top of the download charts, and it will likely serve as a hub to alert fans about new releases.

At the same time, it’s easy to see that Miitomo is still in its most early form. Nintendo is slowly adding more clothing options, but it hasn’t even come close to leveraging its huge roster of properties. Yes, the app gives players a Mario hat immediately after the sign in, but I’ve already decided that I’m going to spend money if I can get a Waluigi mustache or cool new stamps for the excellent Miifoto image-creation tool.

Hell, I’ve come very close to dropping $20 or more on Miitomo just to give me more attempts in the pachinko minigame. I need to win this stupid cat sweater: Above: I need it!

If Nintendo can keep its download momentum while regularly introducing new content, it could easily move up the top-grossing chart.