A few minutes into exploring a Minecraft world in Samsung’s Gear VR head-mounted display, I started digging a hole in the ground. After getting a few meters into the earth, I faced dirt in every direction. Despite knowing in my heart that I was in a safe room with Oculus representatives and dozens of media professionals, I started to panic.

This is Minecraft: Gear VR Edition. Oculus VR held a special event during the Game Developers Conference in San Francisco last week to show off a nearly complete version of the block-building phenomenon running in Samsung’s phone-holding virtual reality device (it’s also coming to the high-end Rift). I spent around 30 minutes exploring the game, and that experience made it clear that this is an application that could instantly show people the promise of VR. Minecraft is notoriously simple looking, but that didn’t prevent it from giving me moments of exhilaration and panic, and that’s something a lot of people will respond to. Analysts are already expecting mobile VR to generate $861 million in spending this year, and it should also keep pace with console devices like Sony’s PlayStation VR as well as PC peripherals like HTC Vive and Oculus Rift. By 2020, research firm SuperData suspects mobile VR will represent $15.6 billion of a $40.4 billion virtual reality business worldwide.

Unlike Rift, Vive, and PSVR, Gear VR is not a high-end device that tracks your body or the tilt of your head. The result is that it is technically “less immersive,” but that’s not something you’re thinking about when digging through caverns in Minecraft.

Instead, Minecraft: Gear VR Edition puts you into its low-fi world better than any previous version. I played with an Xbox-style controller, and I had no issues walking around and digging up dirt and fighting off enemies. Instead of aiming with the analog stick, I controlled my targeting by looking around. This is something I’ve done in other VR games, but it was nice to see how quickly it made sense in a game I’ve already played for dozens of hours outside of VR. 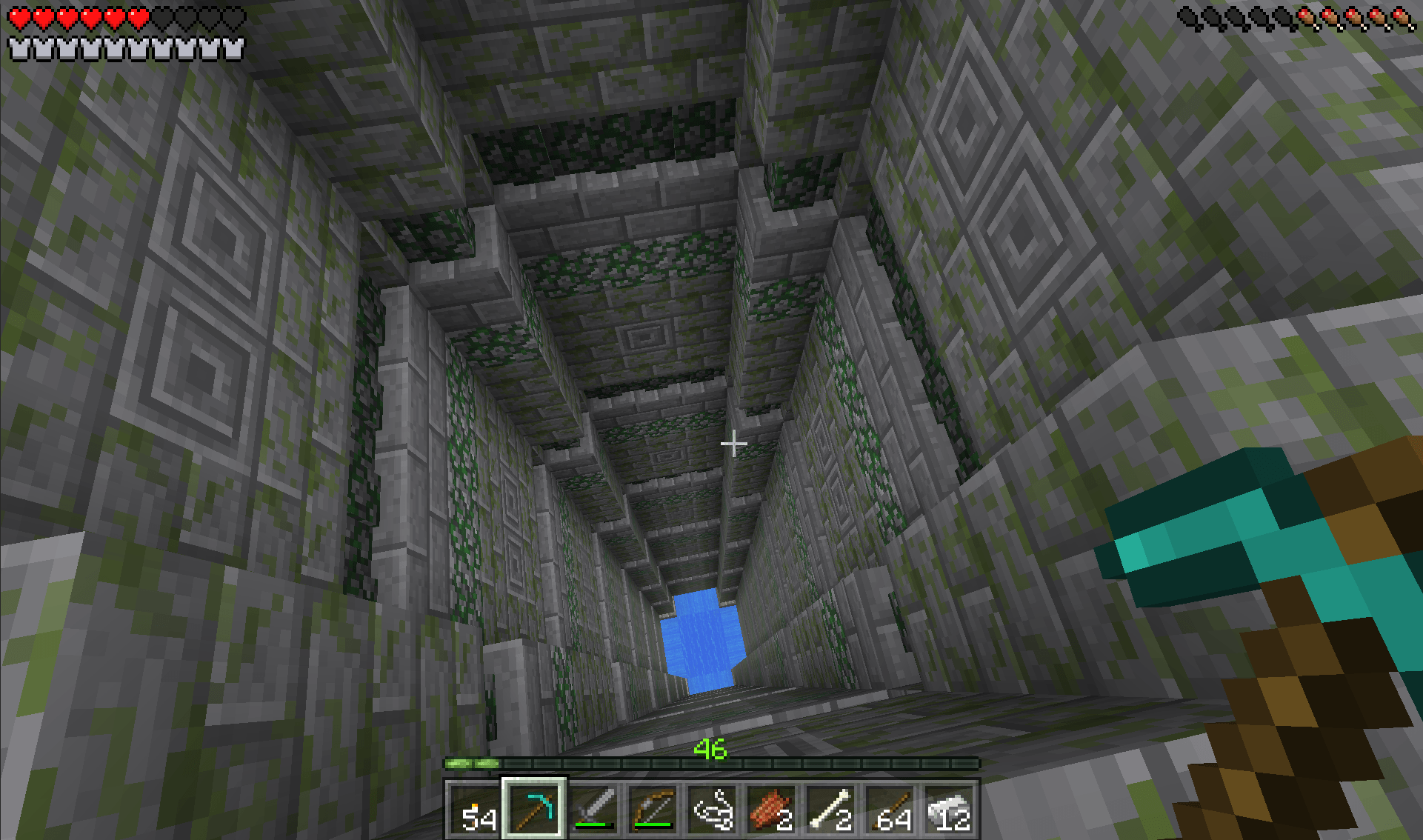 Above: That’s a long fall, and it feels like it when you’re in VR.

At the event, Oculus had me sit in a swivel chair. This mean I could spin around to do a quick 180-degree turn to look the other way. Having a chair that can pivot along with a controller is probably the ideal way to play, but I also tested out what it’s like if you can’t swivel (like if you were in an airplane chair, for instance). And the game uses the standard snap-turning function that you’re going to see in a lot of VR games. This has you changing where you’re looking by jumping the camera in 10-degree increments. You might think that you’d want the camera to move smoothly when you use the right stick, but most people get motion sickness when they do that.

Beyond the movement, Minecraft in VR gave me some incredible sensations I never really had playing the game on PC. When I first started walking around in the world, the scale smacked me right in the nose. I could see huge mountain peaks and deep valleys flowing with water. It made me feel like a tiny person in a sprawling world. The level Oculus had us in had some Iron Golem creatures walking around, and it was something else to approach them and have to look up to see their faces. I have a memory of one standing right in front of me that I’m recalling right now. That’s imprinted on my brain as if it was something I truly experienced.

After my run in with the Golems, I started digging my aforementioned hole in the ground. And I can’t get over the real sense of claustrophobia I was feeling. It was dark, and I could only barely make out the low-resolution textures a few digital inches in front of me. Like with the creatures I met, I have a memory of having my body crammed into a small pit. On the verge of panic, I thankfully remembered the torches I started the demo with. I popped one onto the wall, and that brought me back from the edge. I’m delighted that I did not have to rip off my headset screaming in embarrassment.

That might sound like a nightmare, but I can honestly say that enjoyed it. It introduces a level of immediacy and presence to something that has a million other things going for it. And having the option to pop on a Gear VR anywhere you want is going to make this game an excellent showpiece for early virtual reality.