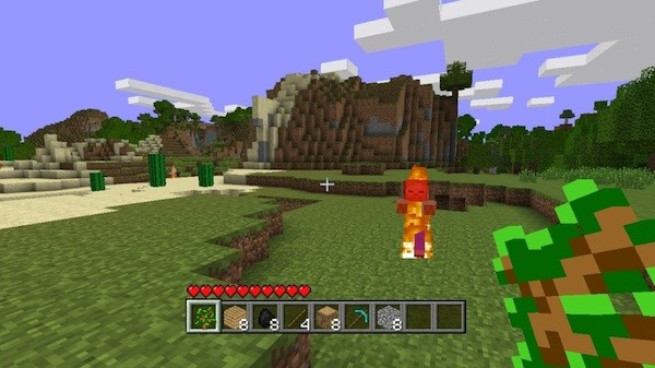 Minecraft: Xbox 360 Edition has broken all previous digital-sales records, selling more than any other title in the first 24 hours on Xbox Live Arcade, Microsoft today announced. We’ve contacted the publisher to get more specific numbers, which haven’t been released yet.

The port of the critically acclaimed sandbox-building game was developed by 4JStudios, which previously worked on bringing The Elder Scrolls IV: Oblivion and Overlord: Raising Hell to the PlayStation 3. It also produced the Xbox Live Arcade versions of Banjo-Kazooie and Perfect Dark.

Minecraft has sold nearly 6 million copies on the PC and has amassed more than $80 million in revenue. Hardcore fans have used the in-game tools to recreate ambitious projects such as Game of Thrones’ medieval Westeros and Portal’s test chambers.

Minecraft: Xbox 360 Edition is available for 1,600 Microsoft Points and is the final game in the “Microsoft Studios Presents: Arcade NEXT” lineup, which also included Trials Evolution (Redlynx), Bloodforge (Climax), and Fable Heroes (Lionhead).