We are delighted to report that our latest speaker for GamesBeat 2018 is John Underkoffler the CEO of Oblong Industries and science advisor for the landmark sci-fi film Minority Report. He did such a great job in both a presentation and a visionary panel on augmented reality that we invited him back for another visit to the future.

Long before the body suit of Ready Player One, Underkoffler helped envision Minority Report’s scene where actor Tom Cruise uses “data gloves” and gesture controls to manipulate a transparent computer. To bring that vision to reality, he founded Oblong Industries in 2006, and launched Mezzanine for enterprise collaborators in 2012. Oblong’s technological and design trajectories build on 15 years of foundational work at the MIT Media Lab, where Underkoffler was responsible for innovations in real-time computer graphics systems, optical and electronic holography, large-scale visualization techniques, and the I/O Bulb and Luminous Room systems.

At our event, he will talk about the user interfaces of the future, leading with space and gaming. 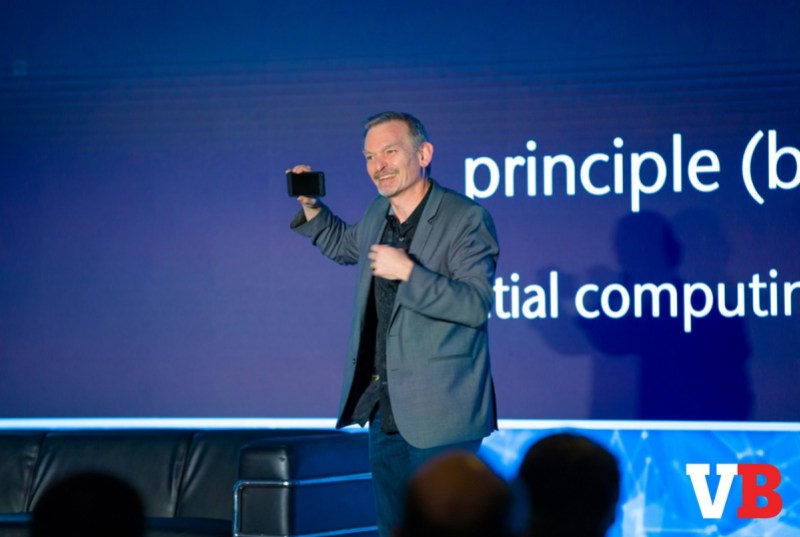 Underkoffler fits within a key subtheme of our event about the seams between science fiction, video games, and real-world technology. Inspiring moments lead to disrupting the worlds of gaming, tech, and entertainment. Who hasn’t been influenced by great novels like Neal Stephenson’s Snow Crash, which gave us virtual worlds, or Tom Cruise’s data gloves and gesture-controlled computer in Minority Report? Now those things have become real, and we want to see what’s coming next.

GamesBeat Summit 2018 is the destination conference for networking, inspiration, and intelligent interaction. With the right people in the room to make great deals happen, our flagship industry event attracts the best game and tech developers and publishers, executives, marketers, and venture capitalists. This event is intended for VP-level executives and the hottest game developers and publishers.