Missing: The Complete Saga is in the final days of its Kickstarter campaign to raise money for a different kind of game. It’s about the experience of being a victim of child sex trafficking, something that happens every 26 seconds around the world.

This indie game comes from Leena Kejriwal, who has been working for a decade in an effort to stop sex trafficking of little girls in India, and game studio Flying Robot Studios in Kolkata, India. The idea is to use art and technology to drive social change, and it is part of a greater movement to make Games For Change. An estimated 2 million girls are trafficked for sex every year.

An earlier adventure game, Missing: Game for a Cause, from Kejriwal’s team debuted as a free prototype on mobile and PC last year, and it won the Indie Game of the Year award from Nasscom, India’s game trade association. It saw 500,000 downloads in 70 countries in eight months. And now Kejriwal’s team is working on a larger experience, dubbed Missing: The Complete Saga, as part of a larger campaign to draw more attention to the issue. 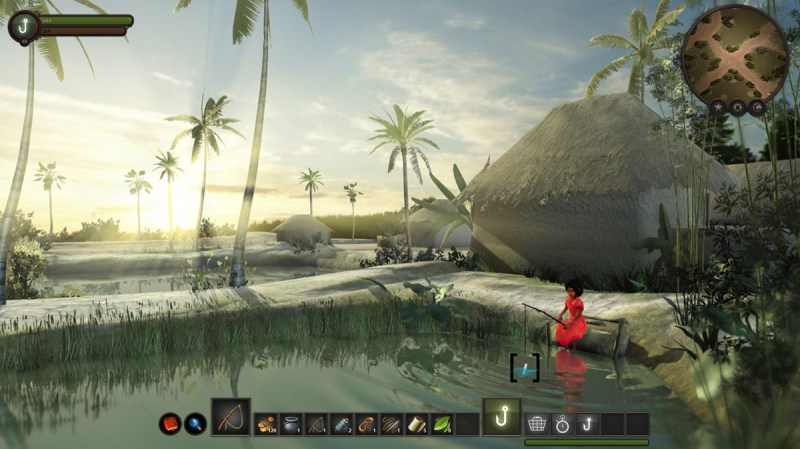 Above: Missing’s main character, Champa, starts out as a villager.

“Missing: The Complete Saga is a part of a bigger Missing campaign to sensitize the populace on the issue of sex trafficking of little girls,” said Kejriwal in an email to GamesBeat. “In our journey we have managed to help rescue many girls and there were many stories of girls which were left to be told.”

The new game tells a longer story of a little girl in a village and her life when she gets trafficked. It’s a role-playing game with a player inventory, skill tree, choices, and leveling up. It also draws inspiration from time and resource management games.

Kejriwal said the design was challenging. The goal was to make this new Missing entertaining, rather than educational, with twitch and horror gameplay just like regular games in those genres. The message in the game is more passive. 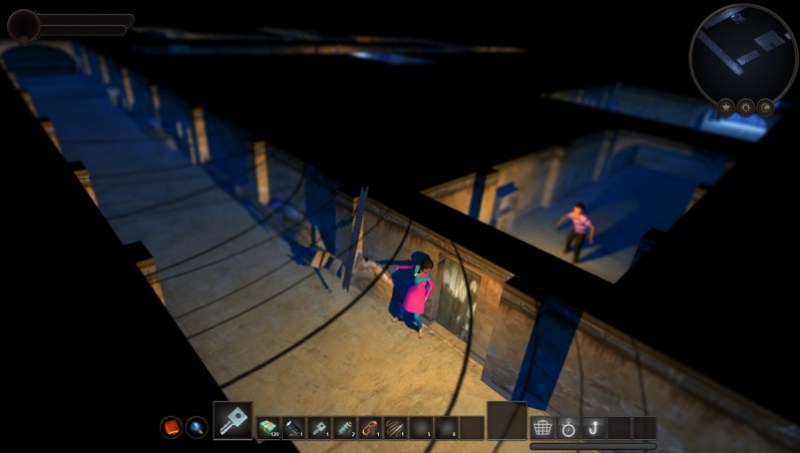 Above: Champa must escape traffickers in Missing.

The studio making the game is Flying Robot Studios in Kolkata, India. A team of five is working on it, and more will be added if it hits its Kickstarter campaign target of $50,000, said Satyajit Chakraborty, head of the studio, in an email. The original Missing prototype is available on iOS, Android, and the PC. Missing: The Complete Saga features a girl named Champa, who grows up during the game, allowing the player to see her in different stages of life. It’s as open-ended as possible, given the story, Kejriwal said.

“As we have chosen to make life choices available for the player to craft his or her character, we must give him or her the span of a lifetime to experience the consequences and deal with it,” Chakraborty said. “For that, we introduced the concept of ‘aging’ the protagonist. The game will start from her childhood and end in her midlife. That way, the impact of the player choices will be more visible.” 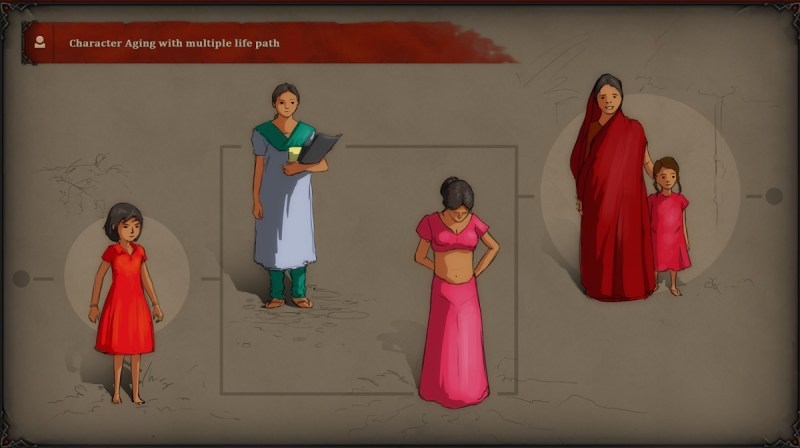 Above: Missing tracks the life of a child trafficking victim.

“As it was a reality-based game, we were severely handicapped in several fronts,” she said. “Any use of fantasy or exaggeration or unnecessary combat would kill the immersion. Then also, we have to keep player in the game, so there should be enough fun in it. We have to keep the interest level up. So, we resorted to the daily village tasks of rural India, struggle for livelihoods, and countryside sports.”

The game has both small and big tasks, threaded together with a strong narrative inspired by actual events and horror stories about trafficking. The team is adding elements like a day-and-night cycle to add to the realism.

“Rather than a figment of imagination we tried to design the challenges inspired from real life,” Kejriwal said. “The game allows the player to play a life of a regular Indian village girl. But in his [or her] own way. Every player will be able to experience this journey in their own unique way, and make meaning of the life of this village girl.”