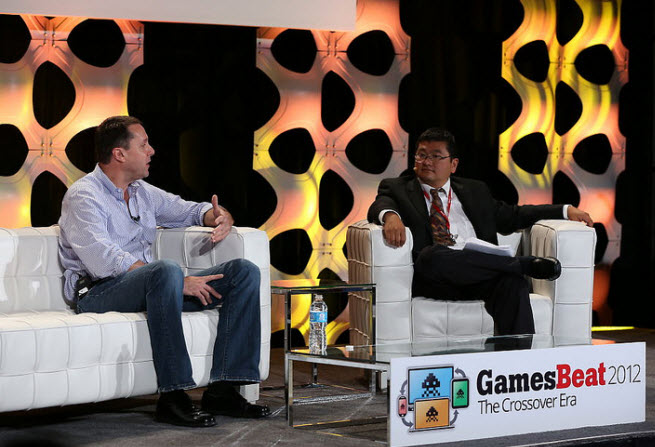 Mitch Lasky has been on a roll lately. As general partner at Benchmark Capital, Lasky has been investing in a lot of game companies. And he has been doing it for so long that he has had some impressive payouts. Benchmark was a backer of Gaikai, which Sony recently bought for $380 million. The firm also invested in Riot Games, which Tencent bought for $400 million.

Lasky has also recently invested in Thatgamecompany, headed by Jenova Chen (creator of Journey and Flower); Meteor Entertainment, whose Adhesive Games division is making Hawken; and Natural Motion. These latest deals have given him insight into how free-to-play business models and cloud technology are disrupting traditional video games.

He has spent more than two decades in the mobile gaming, new media, and entertainment markets. Lasky previously was head of mobile and online at Electronic Arts and was chief executive of Jamdat Mobile, which EA bought for $688 million in 2006. I talked with Lasky about the changing nature of game publishing at our GamesBeat 2012 conference. Here’s an edited transcript of our fireside chat. 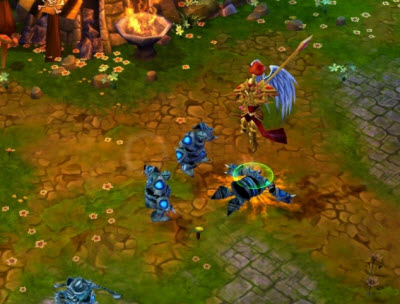 GamesBeat: Why is this such a disruptive time for game publishers?

Mitch Lasky: You have changes in digital distribution and business models. You have disruption of marketing channels. You have even broader audience disruption in terms of who you’re targeting as gamers. And it’s never really happened all together at the same time before in the business. I think we’re in a period right now where it is unclear what a publisher is or does.

We’ve come out of the packaged goods era, where publishing is a very obvious response to scarcity of shelf space, scarcity of users willing to pay $60 for a disc, [and] scarcity of development talent and production dollars that are able to fund $20 million to $30 million projects for consoles. All that has changed, and I think we’re still feeling our way through where we come out at the other end of that. I have some ideas about where it’s going, but I do think it’s quite uncertain where this ends up.

GamesBeat: So getting attention for a game — that seems like something that publishers can still do.

Lasky: It’s unclear. I think the value of what the incumbents offer isn’t clear. The incumbents, I think, still believe that they bring a lot of marketing reach to the table in terms of discovery. What we’ve found is that we’re in an era now where it’s so frictionless to find things that you want to find — the social media are amplifying hits to a higher degree.

We have Riot Games as an example. Here’s a game where we did zero acquisition marketing. We really did very little marketing of any kind for it. And in a period of two years, we have 42 million downloads. That’s the size of Xbox Live. That’s an enormous captive audience. A company can use that audience to launch new products that lower the cost of acquisition. 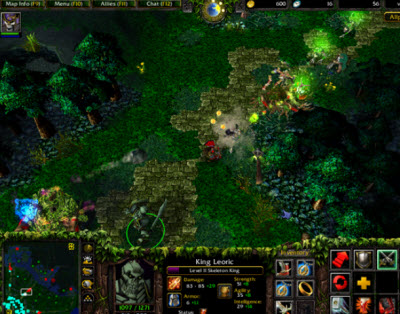 GamesBeat: I guess that game had as its hook the Defense of the Ancients mod.

Lasky: Yes. There was a very specific play where we said, there’s 10, 11, 12 million Defense of the Ancients players, playing a Warcraft III mod that was 10 years old at that time. We refreshed it — I believe we made it better — and the audience flocked to it. Then it had that kind of ring-the-bell effect, where it propagated well beyond that core 10 or 11 million users.

Natural Motion is another good example. CSR Racing launched 12 days ago. We’re on track to have around 8-and-a-half million downloads in the first 14 days. It’s sold more than 10 million cars. We’re selling more cars every day than all the car manufacturers in the world. And again, that’s with zero acquisition marketing. Everyone talks about discovery, but I really believe that great content finds its audience.

GamesBeat: You raised the question about the usefulness of publishers in this age, but you’ve also now just backed Meteor Entertainment, a new publisher. Can you talk about what your thinking is there?

Lasky: Sure. I think it’s two different questions. I think one question is the utility of traditional publishing, where the publisher is a provider of development capital, taking care of merchandising the product at retail, building physical inventory — the historical roles of a publisher. I’m backing companies which I believe are hopefully going to be the publishers of the future. So it’s not so much that I’m down on publishing as a practice — I just think that it’s mutating into something that we don’t know quite what it is yet.

GamesBeat: The definition of a store has also changed. I don’t know if publishers are also able to move into that store position as well, but what’s also happening on that front? There’s a store, a publisher, a developer — those are traditional divisions, but some things in the digital age get a little blurry there.

Lasky: You could make the argument, in the current environment, that the likes of Steam or the Apple App Store [or] the Android store are almost fulfilling a kind of publishing role. Certainly, they’re getting paid a much greater premium for aggregating an audience and facilitating discovery than historical distributors in the typical packaged-good reality. The distributor used to get 10, 12, 14 percent in most cases, but the App Store or Steam — they’re taking 30 points. So clearly, they’re viewing what they bring to the table in the digital environment to be more valuable than distribution. I’m not sure it quite raises to the level of publishing, but there’s an argument to be made there. I really think the app store is kind of the killer app for Apple and for Google. 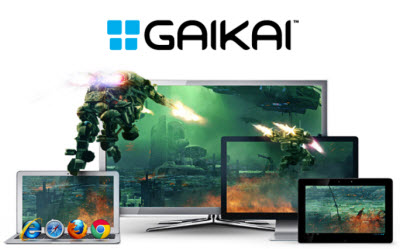 GamesBeat: Cloud gaming, how did you get interested in that as well? Investing early in Gaikai — it looks like a pretty smart move right now.

Lasky: David [Perry] and I have known each other for 17 or 18 years. I was at Disney when he made Aladdin for the Super Nintendo and Sega Genesis. We go way back. David and I have crossed paths many times.

He brought me, in the fall of 2009, this idea that you could stream games to a browser with a very low latency return channel. Actually, one of my partners at Benchmark at the time came out of the video processing world, and he looked at it. I showed it to him as part of the diligence process, and he said, this shouldn’t work, but it does, and so we should invest in it. So we did. I think it’s fulfilled its promise so far, and it’ll show its true promise in the hands of Sony.