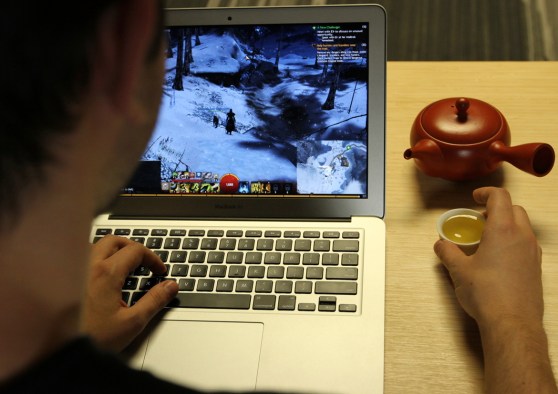 Elyse Petersen is the founder of Tealet.

Tea Drinkers Anonymous is a guild on the popular massively multiplayer online role-playing game Guild Wars 2. And no, they are not trying to fight a tea addiction: On the contrary, they brought it online. Its members sip tea as they explore the world of Tyria together. The connection between tea and games could stop there, but it turns out tea connoisseurship relates to gaming personas, as modeled by Richard Bartle. More, these might apply to many other kinds of products and experiences.

A model for gamer’s personas

While Bartle’s research comes from early MUDs (multiuser dungeons, ancestors of current online games and RPGs), it laid a foundation for the personas of gamers that has been used to describe many other online communities. Other models compete, but Bartle’s is widely used.

He found that the four things that people enjoyed most from MUD games were: achievement, exploration, socializing, and competition Most players exhibit dominance of one or two traits. And consciously or not, game developers manage the balance of these elements in order to sustain a healthy ecosystem of players.

Achievers want to complete the game and gain levels and recognition.

Explorers enjoy their knowledge of the game world and finding out hidden corners of the game’s world.

Socializers spend a great deal of their time interacting with the other players in the game. Their influence and network of friends in the game keeps them motivated to play.

Competitors are more aggressive and find fulfillment in “winning” and domination.

From MUDs to tea leaves

“Herbivorous” tea lovers are – like gamers – on a journey, and they exhibit many similar behaviors.

In the tea world, here are the equivalents of Bartle’s personas:

Achievers are the enthusiasts that will spend their life becoming a tea master. These connoisseurs will stop at nothing to learn more about the artistic mysteries of the Camellia sinensis plant. They might share their enthusiasm in detailed blogs about the teas they taste and stories they learn. They might not have a mastery level attached (unless they practice Japan’s cha-do), but the community respects these achievers as experts.

Socializers are the backbone of the new tea lover community. These tea community builders love tea not just for its wonderful taste and healing powers but also for the bond that forms when people share a tea experience. Since the beginning of tea’s history, it has played a significant role in bringing together communities – from India to East Asia and to England and more. With technology, you can share a cup of tea across the world — regardless of the time difference involved.

The tea journey for explorers is motivated by the desire to try every tea they can. Believe it or not, those adventurers may find themselves traveling around the globe to well-hidden tea-growing regions just for the taste of something that you can’t find anywhere else. More than likely, these explorers have so much experience tasting teas that they can taste the difference between two Dragon well teas harvested from the same plant just days apart. They are not unlike wine lovers or birders.

Competitors, also referred to as killers, are not out to drown others in tea or poison their cup. These passionate tea lovers enjoy heated discussions with others about their favorite beverage. They are always sure to correct someone’s tea ignorance or disagree with someone about the degree of muscatel of a Darjeeling. A quick browse on subreddit /r/Tea will show a list of engaged discussions on proper tea pouring and tasting etiquette. These discussions are had in good fun and help create bonds between the community members.

As the Internet is connecting isolated enthusiasts in all sorts of fields, similar personas are emerging and gaining power from their knowledge, network, attitude or opinions. Offline experiences that used to be isolated are being shared and influencing in turn which companies succeed by harnessing those powers to serve customers better.

Thinking about your own interests you can surely identify how much of an achiever, explorer, socializer, or killer you are.

While at Tealet our passion took us on the way of tea, the lessons from online games and virtual communities as Bartle describes are taking over. Is life a game, or were games life in the first place? We might ask the members of Tea Drinker’s Anonymous around a virtual campfire and … a cup of tea!

Thanks to Benjamin Joffe for suggesting this connection between tea and gaming and reviewing drafts of this article. 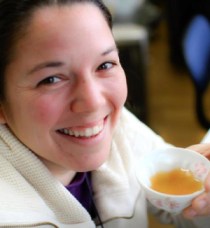 Elyse Petersen is the founder of Tealet, an online community and marketplace for tea lovers. She is an advocate for tea growers and technology and wants to connect growers and tea drinkers around the world. Tealet is part of the 500 Startups Accelerator Batch of Winter 2012.