mNectar has launched a new ad platform dubbed Playable that lets gamers try out a mobile game before they decide to download or buy it. These interactive ads are so compelling that they are four times as effective as other mobile ads, the company said in an exclusive interview with GamesBeat.

The new ad platform is the result of applying cloud technology and virtualization to mobile gaming. In that sense, the company takes technology pioneered by companies like OnLive and Gaikai and then applies it to making an ad into a playable demo. By transforming the mobile ad from the staid banner to something much more enticing, mNectar hopes to solve the problem of getting apps discovered amid a sea of millions of rivals in the app stores. 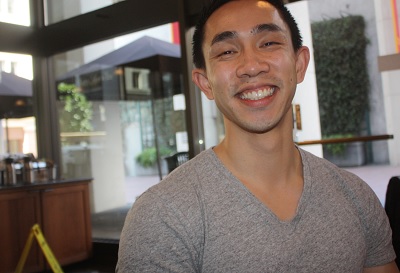 Above: Wally Nguyen of mNectar

“This is the next evolution of mobile advertising,” said Wally Nguyen, chief executive of mNectar, in an interview with GamesBeat. “You can try before you buy.”

Currently, most consumers rely on app reviews, friend recommendations, and app-ranking lists to figure out what they want to play. Ads such as banners, videos, and pop-ups are often either static or don’t show the true gameplay.

“People buy based on Stone Age ad units today,” said Nguyen, who is attending VentureBeat’s Mobile Summit event this week. “With us, they can play a level of Candy Crush Saga and then decide right then if they like it.”

According to Nguyen, the user retention rates are four times as effective as other kinds of mobile advertisements such as interstitials, and the retention rates are twice as good as mobile video ads. He said those results have been verified by independent ad measurement companies. The ad platform works with both games and other apps, but the initial focus is on games.

“Even with video, you still don’t get to see exactly what you’re going to get,” Nguyen said. “We show you the power of playing the actual app. How many movies have you gone to where the trailer looked awesome, but the actual film wasn’t what you expected?”

Users can be disappointed if they blindly download a game, and it isn’t what they expected. That, in turn, leads to horrible retention rates and lousy yields for advertisers. The current state of mobile advertising, Nguyen said, is like a billboard. Users drive right by without engaging.

“The fundamental problem in games is that the ad units are created without putting the user first,” Nguyen said. “That’s just the wrong approach. We wanted to take a different approach. The better the user experience, the better the ad results.”

With Playable, the user gets to play the real product for a short time. They can decide on the spot whether the game lives up to its billing or not. And they can proceed to download it immediately. mNectar effectively turns actual app use and gameplay into marketing. There are fewer retention problems because the users know exactly what they are getting when they download the game, Nguyen said.

“mNectar’s Playable is the next evolution of app advertising. By promoting an app through gameplay, mNectar is creating an experience for players that will speak to them more than any static ad.” says Anil Dharni, chief operating officer of Gree International, the U.S. division of Japanese mobile game publisher Gree. “Playable’s instant app sampling has delivered strong user retention and is challenging the industry to think differently about how to reach high engagement audiences.”

Nguyen said that the added interactivity of mNectar’s platform has lots of benefits for developers. In the past, they might pay a lot of money to acquire new users, enticing them to download an app with various rewards. But once those users try it, they may never return. That might cause the developer to wrongly assume that the first stage of the game is messed up and should be redesigned. In fact, it may very well be that they have the wrong user, and that this user never wanted to play this type of game in the first place.

When you sample a real app instantly to a user, you can get rid of this problem of mistakenly downloading something you really didn’t want to play. Once the user downloads the actual game after playing the Playable ad, then you know that the user is more committed. Retention rates are better and so is the lifetime value of the user. The ad is more effective.

“You spend less money on user acquisition, and you make more money on the users you acquire,” Nguyen said.

The technology is based on cloud gaming. The playable game snippet is actually hosted in the cloud or web-connected data centers. When a user taps on a Playable ad, the data center serves a virtualized version of the game to the user. Since the interaction between the server and the mobile device is fast, the users don’t really know or care that the app isn’t yet downloaded onto their devices.

Rivals include Agawi’s AppGlimpse playable ads as well as Voxel’s “try before you buy” service. mNectar distinguishes itself by offering a product that works with both iOS and Android. Developers do not have to integrate a software development kit to use the mNectar service. And rather than power other ad networks, mNectar works directly with advertisers, or, in this case, the actual game developers.

Since mNectar isn’t trying to stream an entire game to a user, the demands on the network and server technology aren’t as big as other cloud gaming providers such as OnLive. Nguyen said the latency, or delays in interaction, are minimal. mNectar built its own proprietary distribution network, so the server times are short. Nothing is installed on the user’s device. The quality of the real-time game experience is where mNectar’s ad platform will live or die.

“We can deliver a very native experience,” Nguyen said.

mNectar has 14 employees. The company has raised its initial round of funding from app developers who wanted to use its service. Nguyen said the company may raise funding in the future but doesn’t immediately need it. Cofounders include Artem Grigoryan, chief technology officer, and Dan Cheng, chief revenue officer.

The service is at the point where it can scale rapidly, Nguyen said. Game companies such as King Digital are already using it, but it works well with premium games and apps, where the user has to pay for the app before they play it.

“There are tricks to it that it took us a while to figure out,” Nguyen said. “You can’t use the same virtualization method on iOS as you do on Android. Android took a lot longer to build than iOS because there are so many versions.”