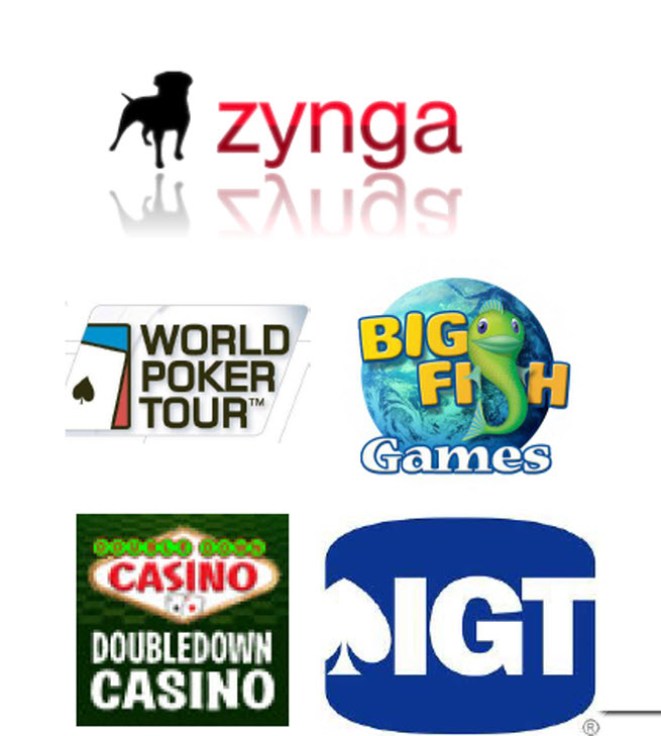 The game merger and acquisition craze is still hot in 2012 thanks to the rapid growth in the number and size of game deals this year.

Data from the Corum Group, a mergers and acquisitions services company, and Digi-Capital show that this year continues to be a hot one for the game industry, according to a presentation by Jim Perkins and Alina Soltys at the Casual Connect game conference in Seattle.

“Gambling and gaming has become a very important sector,” Perkins said. “Overall, M&A in gaming is a frenzy.”

Two big deals signal the shift that is happening this year toward mobile and cloud gaming. Zynga bought OMGPOP for at least $180 million as it sought to capture the benefits of the fast-growing mobile gaming title Draw Something. And Sony gave a big endorsement to cloud gaming with its $380 million acquisition of Gaikai.

Of  the two big game companies that recently began trading publicly, Zynga saw its stock price drop about 46 percent, while Nexon’s has risen 15 percent. In 2011, Zynga was among the top three  in all of tech in terms of the number of companies acquired — 13. Zynga’s M&A activity was behind a lot of the momentum we saw in 2011, and we’re seeing that trend continue in 2012.

Perkins and Soltys also pointed to some huge activity in Asia this year, where lots of game companies have gone public and are flush with cash. NetEase has the most cash with $2.2 billion in cash. Tencent has $1.25 billion. Shanda Interactive has $1.2 billion. Ren Ren has $1.05 billion. Others with a lot of cash include Sohu, Shanda Gaming, cYou, Perfect World, Giant Interactive, KongZhong, The9, and Taomee.

The overall number of mergers across all of technology has slowed somewhat from the first half of 2011. Aggregate valuations have dropped somewhat to about the same level as the third quarter of 2010. The big rise in gaming M&A deals is all the more impressive against the backdrop of that general slump.

Digi-Capital reported that game M&A deals totaled $3.5 billion in 2011, compared to less than $1.5 billion in 2010. Seven major game companies (Zynga, Gree, WeMade, Tencent, IGT, Rovio, and Nexon) acquired 21 companies in the first half of 2012. As you can see in the chart below, online games were the hottest category for game acquisitions, accounting for 71.5 percent of deals in 2011, compared to just 43.2 percent of deals in 2010. 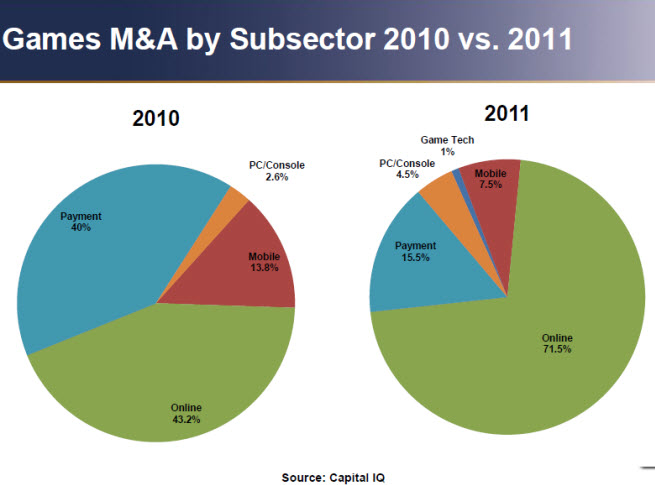 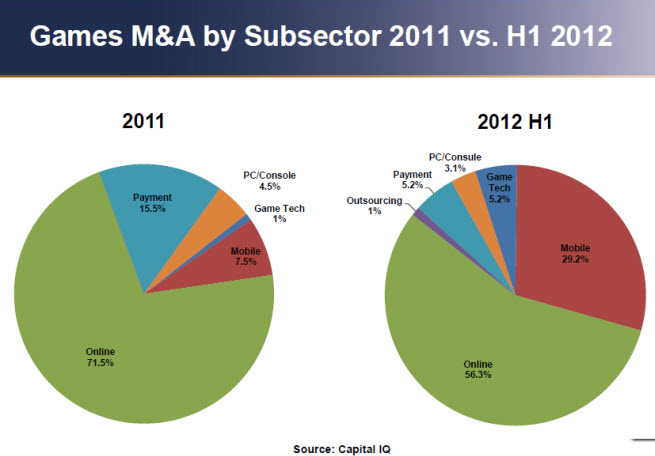 Perkins predicts that mobile games would account for the bulk of game-related M&A deals in 2013. Mobile is expected to account for 42 percent of all deals in gaming in 2013, while online will account for 39 percent. Soltys noted that smartphone penetration of the U.S. population is now at 50 percent. Ten percent of U.S. households now have three or more iPads. iPad and overall mobile data usage is up dramatically.

About 41 percent of game deals so far in 2012 have taken place in the U.S., compared to 11 percent in South Korea and 8 percent in Japan. 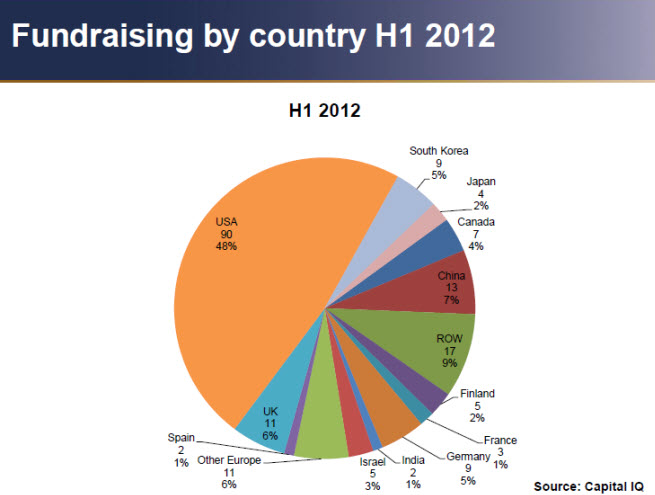 Perkins said that game mergers and acquisitions are accelerating, though game IPOs are mixed. The core gaming industry is narrowing its focus to blockbuster games like Diablo III. But the real sales growth of the industry is coming from games for smartphones and tablets. The social game industry’s profit growth has slowed, and new frontiers that could get investments include motion-sensing and voice recognition.

The active acquirers in the game world include Gree, Zynga, DeNA/Ngmoco, WeMade, and Neowiz. Overall, Perkins predicted the console market consolidation will continue, Asia game companies will acquire U.S. firms, mobile will be a big driver in 2013, and the possible legalization of online gambling in the U.S. is fueling a speculative boom in social casino games.