Mobile gaming revenue grew 32 percent from a year ago to $12.2 billion in the second quarter, according to mobile measurement firm Sensor Tower.

Game revenues on iOS grew 34 percent while Google Play grew 28 percent. Mobile game downloads on iOS and Google Play combined were 9.2 billion, up 19 percent from 7.7 billion a year earlier. Those numbers show that mobile gaming continues to grow faster than other game markets despite its huge size. 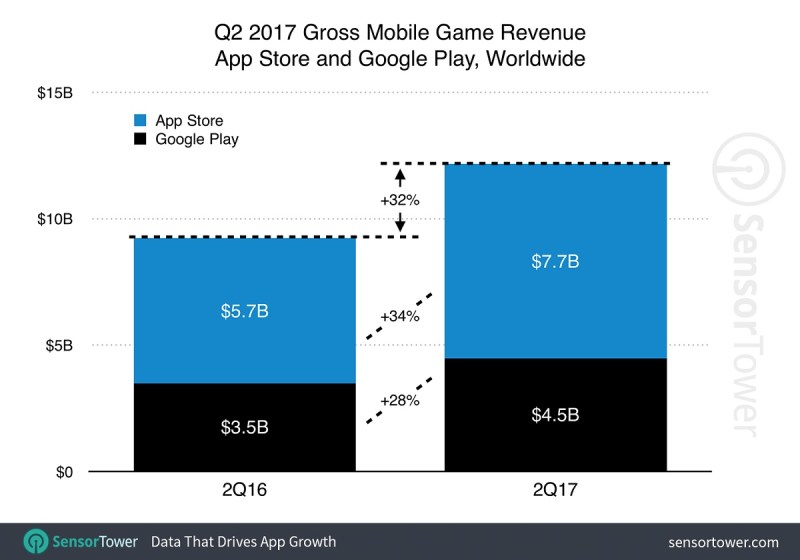 Mobile games accounted for about 77 percent of all global revenue on Apple’s App Store for the quarter and approximately 88 percent of spending on Google Play. Titles from Asia, such as Tencent’s Honor of Kings, took a bigger share among the top-grossing apps, accounting for five of the top 10 highest-earning mobile games and three of the top five. 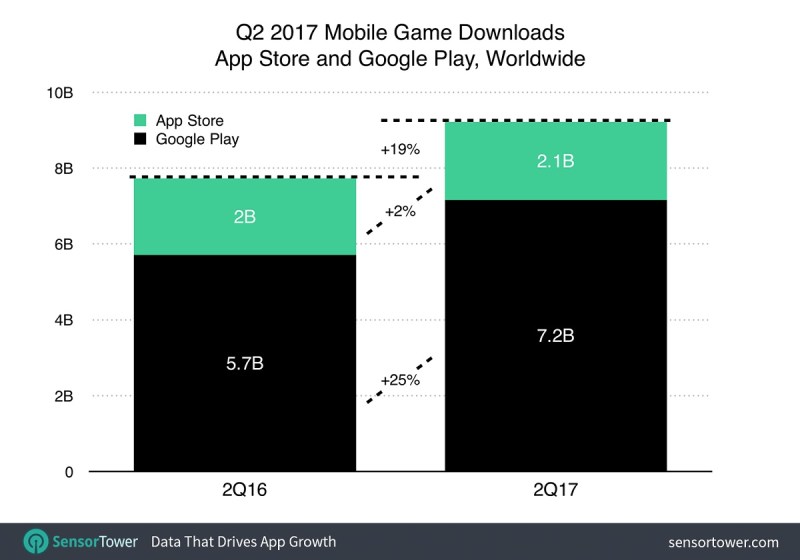 Above: Google Play grew faster than iOS in downloads globally in Q2.

Overall, gross revenue from mobile games across both stores grew by about 2 percent from the previous quarter, up from $11.9 billion in Q1 2017.

As in Q1, Kiloo’s Subway Surfers held the top spot among all mobile games worldwide in terms of new downloads, retaining its No. 1 ranking on Google Play as well. Also like Q1, Tencent’s mobile multiplayer online battle arena (MOBA) title Honor of Kings ranked No. 1 for downloads on Apple’s App Store, despite its still-limited presence outside of China. 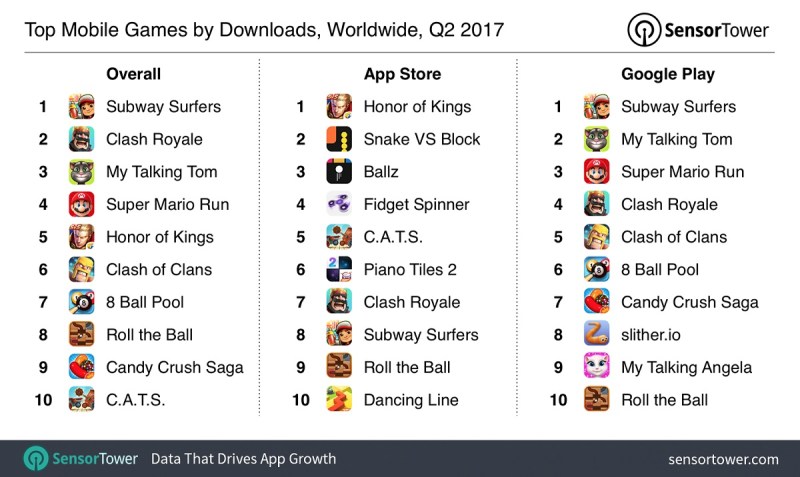 Above: The top mobile games by downloads across the globe in Q2.

Three of the top four most-downloaded games on the App Store were what Sensor Tower called “viral” titles: Voodoo’s Snake VS Block along with Ballz and Fidget Spinner from Ubisoft-owned Ketchapp. Strong interest on Google Play for Nintendo’s Super Mario Run kept the prolific publisher’s first mobile game among the top titles by worldwide downloads, where it ranked No. 4 despite being absent from the iOS top 10.

Mixi’s Monster Strike once again topped worldwide overall, App Store, and Google Play revenue. It was challenged on iOS by Honor of Kings, which saw both its App Store and overall revenue ranking grow substantially from Q1 to No. 2 on iOS and No. 3 among all mobile games, up from No. 3 and No. 7, respectively.

Q1 saw four mobile games from Asia make the top 10 for overall revenue, and that number grew to five in Q2. Asian-developed mobile games increased from two to three among the top five highest-grossing titles over the same period. 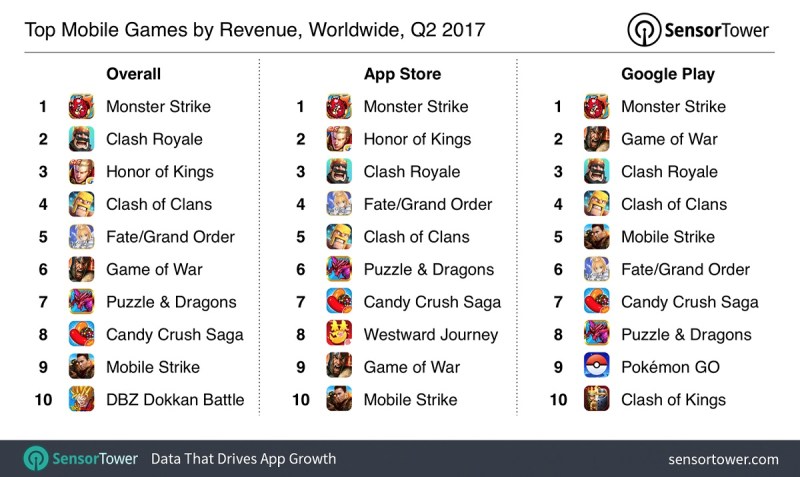 Above: The top global mobile games by revenue in Q2.

In the U.S., the titles were familiar games in the top ranks, but there was some shuffling. Supercell’s Clash of Clans advanced to No. 2 overall in the wake of its “sequel-sized” Builder Base update in May. Also notable was Bandai Namco’s ascent into the top 10 with Dragon Ball Z: Dokkan Battle, a title that has continued to monetize progressively better quarter-over-quarter.