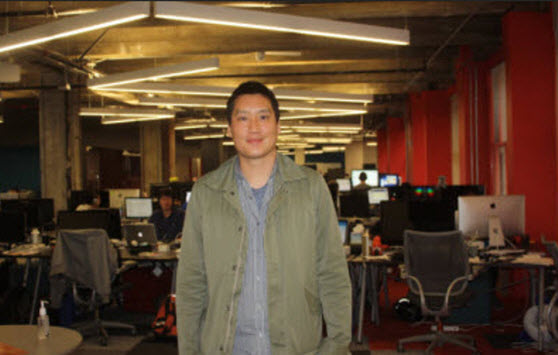 Daniel Terry, the co-founder and former CEO, will take the post of chief creative officer and executive chairman. The swap will let Terry focus on expanding the company’s presence in mobile entertainment. He will focus on creative initiatives.

Pocket Gems said the change comes on the heels of its best quarter ever in revenues and gross profit. (As a private company, it does not disclose the amounts.)

During the summer, Pocket Gems doubled the size of its engineering team. It added 35 employees in the September quarter, bringing its headcount to 140 employees.

“Daniel is one of the great entrepreneurs in this space and has been driving the company’s mission to create the next generation of mobile entertainment,” said Liu in a statement. “I’m honored to have the opportunity to steer the company as we take the next step in our growth.”

Pocket Gems became a big player in free-to-play mobile gaming with Tap Zoo and Tap Pet Hotel, the No. 1 and No. 4 top-grossing iPhone apps of 2011.

Before joining Pocket Gems, Liu led the largest studio at social gaming firm Playdom and previously served as a producer for console games at BioWare/Pandemic.

“Building off of their best quarter ever, we are very excited about what the future holds for Pocket Gems,” said Jim Goetz, partner, Sequoia Capital and Pocket Gems board member. Pocket Gems will open a pilot office in downtown Manhattan to explore new creative initiatives and work with key partners.

“I’m an entrepreneur at heart, and exploring new business opportunities is what I’m best at,” said Terry. “So I’ve decided to lead this effort myself and appoint Ben CEO. With Ben at the helm to manage the day-to-day business, I have every confidence our company will continue its trajectory of success.”

Pocket Gems was founded in 2009, and its games have been downloaded more than 90 million times.