One of the biggest bets in mobile gaming is out of beta — and it’s bringing an already strong player base with it to launch.

Super Evil Megacorp announced today that is Vainglory mobile multiplayer online battle arena game has been formally launched, and it already has 1.5 million monthly active users from its extensive beta-testing period. Vainglory is a multiplayer online battle arena game like League of Legends and Dota 2 on PC. But Vainglory was designed from the start for mobile. It’s on iOS and Android.

To celebrate the launch, Super Evil Megacorp is livestreaming a 24-hour event from Twitch’s headquarters in San Francisco. In the game, three players take on three others in a multiplayer map. Each has a couple of paths on the battlefield, and players must team up to overwhelm their rivals, set loose a giant Kraken creature, and destroy the enemy’s base. It’s a fast and furious game with a lot of action and session times that last up to a half hour. It has beautiful 3D graphics, generated by a custom engine that the company built. In all those respects, Vainglory is a high-end, console-like game designed for a mobile touchscreen experience. It has few rivals in that sense.

“We’re really excited to be able show that the growth of our community has been so strong,” said Super Evil Megacorp chief operating officer Kristian Segerstrale, in an interview with GamesBeat during the event at Twitch’s headquarters.

He said that the company had not been planning to add spectator mode to the game this early, but it has done so because the community demanded it. Super Evil Megacorp responded by changing its custom game engine to accommodate the spectator mode. 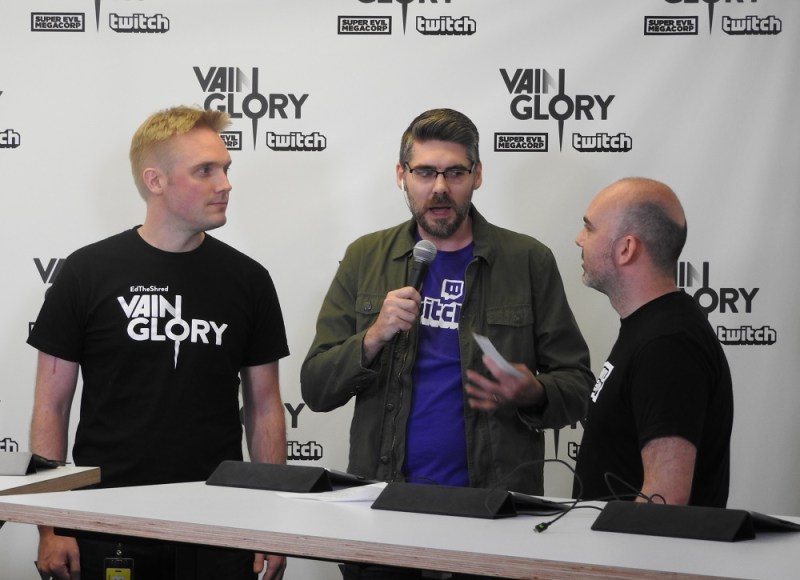 The San Mateo, Calif.-based Super Evil Megacorp had never previously released its monthly player numbers before. That had led some people to conclude that the game wasn’t doing well. On the iOS store, it debuted in November, but it never really showed up in the top-grossing or top-downloads lists, especially as the months went on.

But Segerstrale argued that the older metrics for measuring a mobile game’s success didn’t work with Vainglory. In a talk at our GamesBeat Summit event in May, he argued that growth in sharing, YouTube video posts, and other social measures showed that playtime was on the rise.

At that time, Segerstrale noted that the critical reception was good, with 84 out of 100 on Metacritic and 4.5 stars out of 5 on the Apple iTunes App Store. In May, he also said that Vainglory generated more than 500,000 streaming views on gameplay livestreaming site Twitch in February. That grew to more than 900,000 views in March and 1.1 million views on average. Today, Super Evil Megacorp said that 270,000 Twitch viewers watched more than 13 million minutes of the game in the month of May. 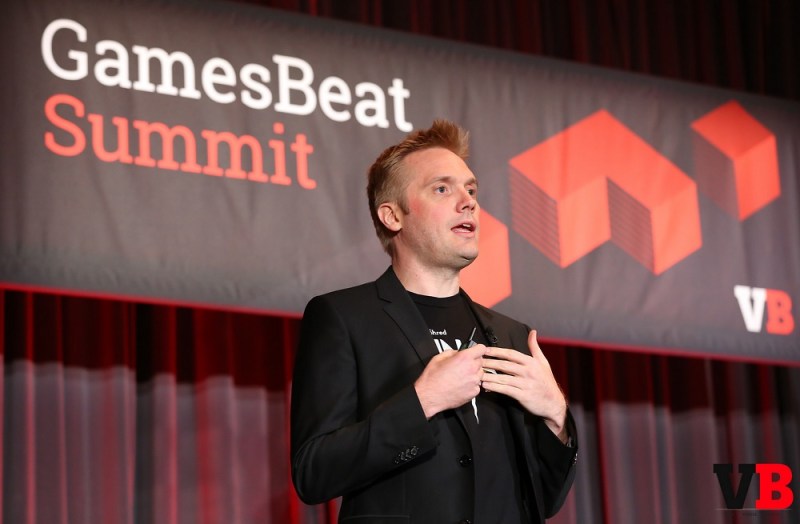 Super Evil Megacorp also announced today that the game is available on more than 150 Android devices with 100 percent cross-platform functionality.

Vainglory now has a new hero as well: Rona, a deadly berserker skilled in melee combat. Players will also be able to add a three-tiered skin theme, which influences both the way the hero looks and its visual effects in the game. The first tier of the skin theme is available as an in-app purchase, but the other tiers come from cards that drop randomly at the end of matches. 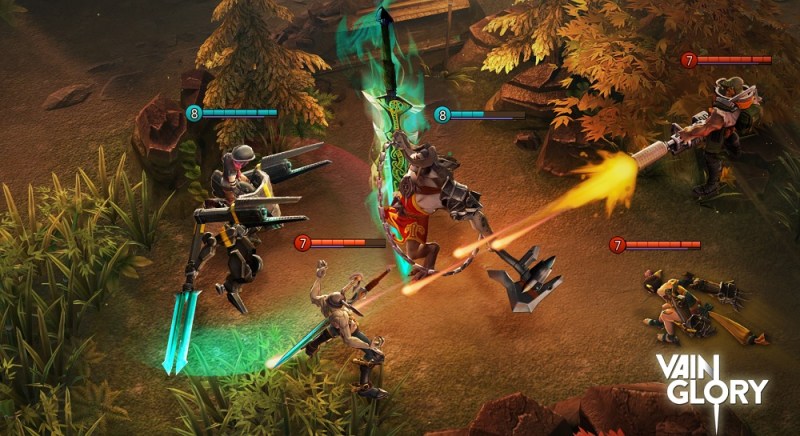 Above: Vainglory is the rare mobile MOBA that’s succeeding.