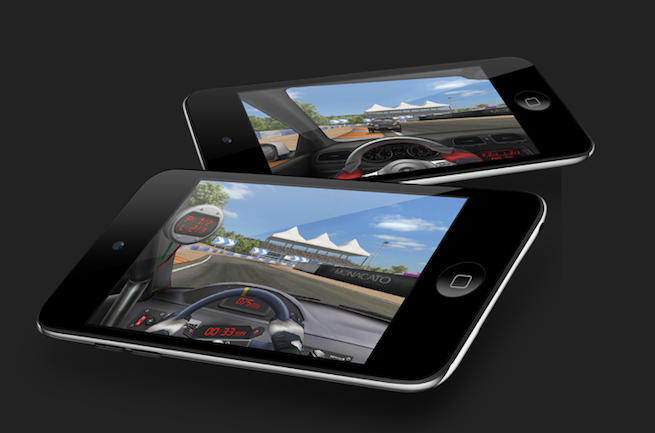 There’s a reason why so many developers feels iOS users are more valuable than Android: Apple is killing it in mobile gaming with 84 percent of all mobile gaming revenue in the US.

“When analyzing Apple’s successful monetization, there is one dominant factor outside of differences in audience demographics and preferences: Apple requires users to connect their credit card information directly to their account, thus creating a seamless purchase experience,” said Newzoo chief executive Peter Warman in a statement.

Newzoo surveyed 17,000 individuals and took revenue data from the top 200 grossing games in the iOS and Android marketplaces. In the United States, mobile gaming overall grew from 75 million to 101 million players across all platforms. That is broken down into 69 percent of people playing on smartphones and 21 percent on tablets. While more people are introducing games to their daily train commute, playing to procrastinate, or adding a new device into their gaming repertoire, the more important fact is that paying players on the rise. Indeed, Newzoo predicts mobile gaming will see another double-digit revenue year in 2012. 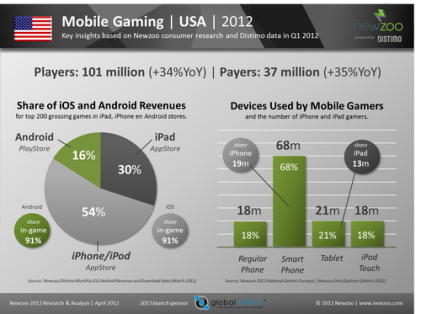 Paying players have grown 35 percent to 37 million players, and those individuals play 5 times more money in iOS games, than they do on Android. As Warman noted before, this is probably because of how easy it is to actually buy the game — or in app purchases. Once you’ve set up your Apple ID on your iPad or iPhone, you simply need to put in a password to buy games. There’s no entering billing information or credit card numbers. It’s so easy, Apple has had to make it harder (i.e. more password check points) to protect parents from having children rack up in-app purchase bills.

According to Newzoo, in-app purchases are where developers are really seeing the money. Ninety-one percent of mobile gaming revenue comes from money spent inside the game on both Android and iOS.

Newzoo attributes the overall growth to tablets and smartphones getting better screens (see: the Retina display on the new iPad) and processing power. The company says 62 percent of “core console and PC gamers” are also playing games on smartphones or tablets — a noteworthy number as mobile games were once seen as a way to pass the time, as opposed to a place for serious gamers to practice their skills.