As the smartphone continues to take over the world, mobile gaming will outpace the rest of the industry.

Spending on gaming software across all platforms will reach $88 billion this year, according to research from intelligence firm Digi-Capital. The company also forecasts that number will grow 8 percent annually and will surpass $110 billion by 2018. And mobile will drive that growth more than any other sector as spending on smartphones and tablets will already generate more revenue than console games this year — although that doesn’t include sales from hardware like the Xbox One and PlayStation 4 systems. And it also doesn’t include PC games on Steam or free-to-play megahits like League of Legends. 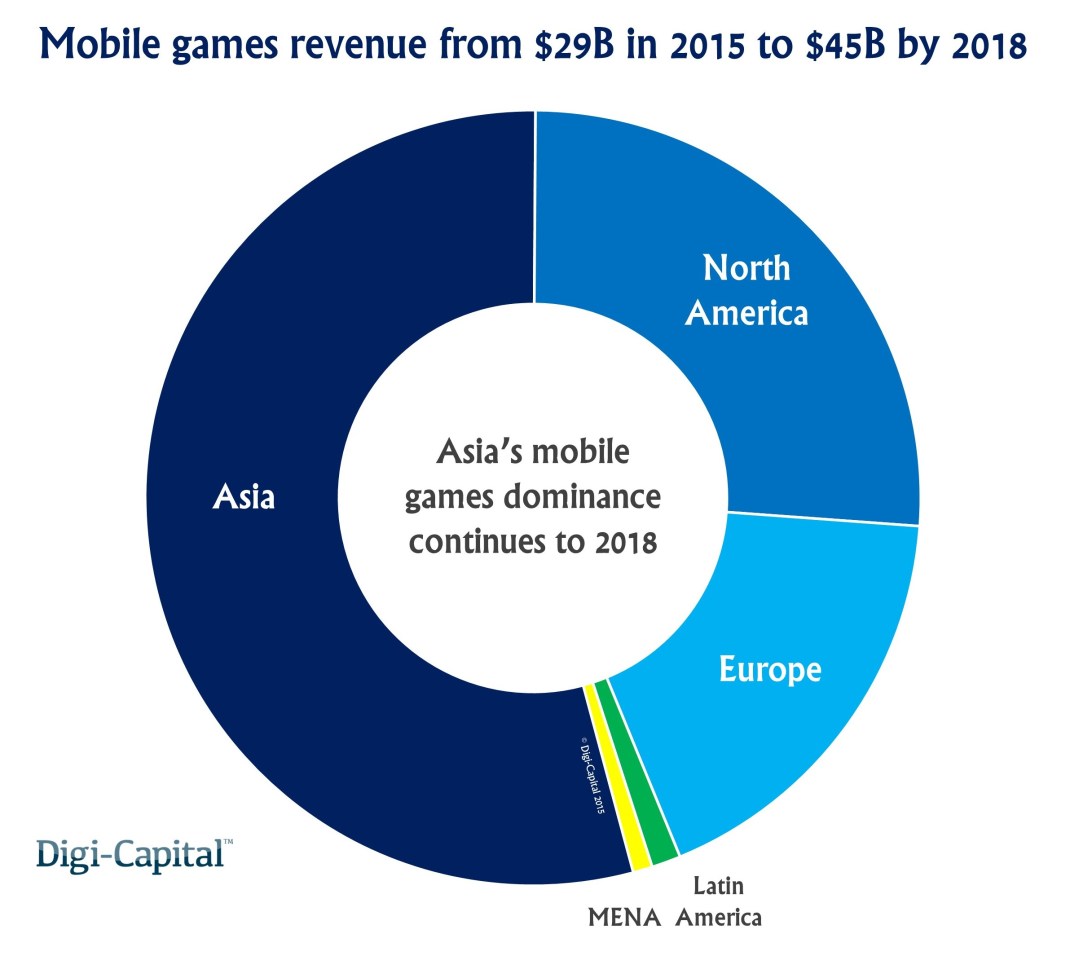 Merel says that “stable, top-grossing mobile games” will continue to make the most money, so expect Clash of Clans, Candy Crush Saga, and Game of War to keep their spots at the top of the charts. Clash of Clans and Candy Crush Saga have cemented their place atop the grossing list on both iOS and Android since 2012, and Digi-Capital doesn’t see that changing.

“This is great for games leaders and their shareholders,” wrote Merel. “But it puts the big squeeze on midtier players and makes breaking through more challenging for indies.”

And as these mobile leaders continue to eat up players and spend on television marketing — like during the Super Bowl — it’s only going to make it harder for smaller developers. Player acquisition costs are already at around $3 per download, which is prohibitively expensive for many studios. It also reduces profit margins for those companies that do manage to break through.

“Despite the squeeze on smaller developers, we’re seeing a big drop in the price of mobile marketing automation technologies,” Stewart Rogers, an analyst at VB Insight, said. “The very solutions that the likes of Plants vs. Zombies, Rivals at War, and Subway Surfers use to stay ahead of the pack are becoming available to all, and that will continue as the market grows.”

With billions at stake and billions more pouring into the industry every year, the difficulties of the market probably won’t turn many people off from trying. Especially with emerging markets like China, India, and others adopting smartphones at a rapid rate.

The Digi-Capital report is available to download today from the company’s online research store.