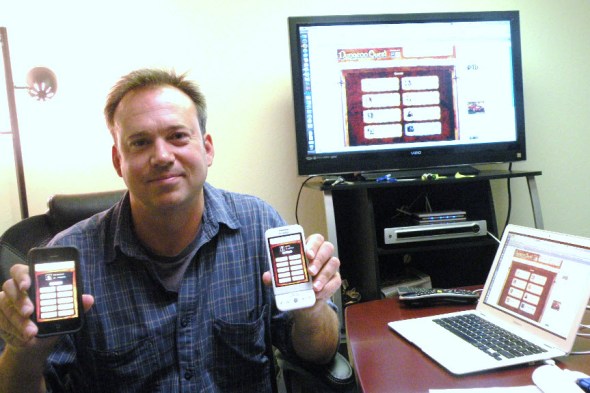 Startup social media company Moblyng is announcing today that it can make casual web games that can be quickly and easily adapted to run on just about any major mobile platform.

The heretofore secret company currently only has a couple of games available on the iPhone: Poker Dice and Dungeon Quest. But these games are unique because they’ve been created to run on just about any smart phone, including Google Android phones, Nokia smart phones, BlackBerrys, Windows Mobile phones, and, at some point, the Palm Pre., as well as on the web. 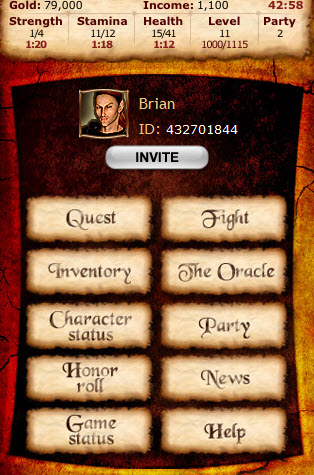 It takes Moblyng only about a day to reformat a game to run on a new device, said Stewart Putney, president of the Redwood City, Calif.-based company. Normally, it can take weeks to port games, depending on the skill of the programmer and the types of games. So many game makers don’t even bother moving their games to the lesser platforms. That gives Moblyng a big advantage. While other companies are concentrating their resources on making iPhone games, Moblyng can afford to take its games to many platforms.

“There is no penalty for us to publish on all platforms or to be early on a new platform,” Putney said. “We don’t have to take a wait and see approach.”

Being early on those other platforms could translate into financial success. One company, Playdom, moved off of Facebook because there was so much competition on that platform. It shifted to MySpace, where it became so dominant that it had eight games in the top 20. The early presence on MySpace made Playdom strong enough to re-enter the Facebook games market.

Putney hopes to achieve success on the iPhone by introducing games on a rapid schedule. But he also believes that publishing simultaneously on the other platforms will generate a lot of success. In addition, it could generate more fun for players, since players on different phone types could still play each other. For example, someone could play a multiplayer Moblyng title on the web against another player on an Android phone and another on an iPhone.

The company authors its games in the lingua franca of the web: HTML, CSS, and Javascript. It layers a software shell on top of other software and essentially lets a game tap the functions of a particular phone without being extremely slow (a problem that’s typical of Java-based apps).

That’s pretty good for an 18-person startup. Putney, a veteran of game companies such as Electronic Arts, founded the company in 2007. At first it focused on publishing web apps on mobile phones, but then it switched into the game market as iPhone games took off. It raised two rounds of funding totaling $7.7 million from Mohr Davidow Ventures and Deep Fork Capital. Right now, it isn’t seeking a new round.

Moblyng quietly launched Poker Dice on the iPhone in February and launched the free version of Dragon Quest, a fantasy role playing game, two weeks ago. That game now ranks 16th among RPGs on the iPhone. It’s had 30,000 downloads on the iPhone and has 17,000 active players on Facebook. That’s not bad considering the company hasn’t marketed the title yet. It launched paid versions of the game a few days ago.

Rivals on the iPhone and Facebook include Zynga, Social Gaming Network and Playmesh. Big mobile game publishers such as Gameloft, Digital Chocolate and Glu can publish games across platforms, but they have hundreds of people doing the work and often have to use separate code.

Another rival, Mytopia, also has a cross-platform development technology for mobile games and other apps. But it hasn’t made any announcements recently about who is using the platform.