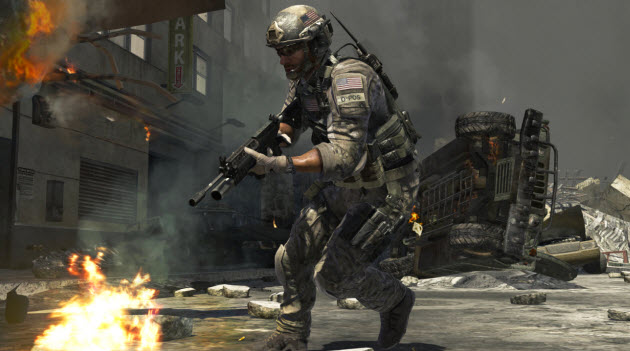 Last week, I saw a preview of a little game called Call of Duty Modern Warfare 3 in a darkened theater. From what I’ve seen, the tens of millions of fans of this video game franchise won’t be disappointed when the modern combat shooting video game debuts on Nov. 8. 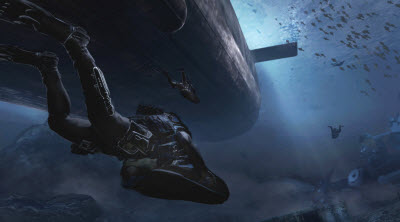 The only question is whether Modern Warfare 3 will eclipse last year’s Call of Duty Black Ops as the best-selling game of all time. Black Ops has cleared well over $1 billion worth of sales since its debut last November, and there are still 7 million people playing the multiplayer version of the game each day. Based on this demo, it seems like the Call of Duty machine is running at full throttle. Any takers on whether this game tops Black Ops, which sold more than $650 million worth in five days?

Infinity Ward, the studio behind Call of Duty, isn’t taking success for granted this time around. After a legal dispute between two of the co-founders of Infinity Ward and Activision Blizzard’s top management ripped the studio apart, Infinity Ward co-founders Jason West and Vince Zampella left Activision Blizzard, taking dozens of developers with them, and created a new studio, Respawn Entertainment. Infinity Ward healed itself, hired new developers, and teamed up with Sledgehammer games to stay on the punishing schedule of releasing a major Call of Duty game every year. Gamers don’t seem to care about who makes the games. They just want more of them so they can play Call of Duty forever. 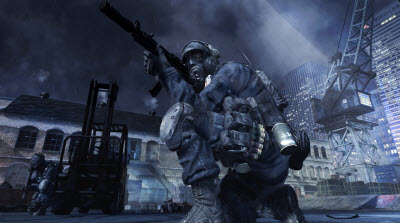 Although the original developers deserve a great deal of praise for starting Modern Warfare, it seems like there’s a formula for the development of each new game. It goes like this. Take the last game as the starting point and improve the graphics while keeping the hair-trigger speed of the game the same. Then take the gamer into brand new environments that are more impressive than the past ones. Drop the player into excruciatingly intense combat scenes and leave them to their own devices. Then craft a story with a dark conspiracy, develop seamless cinematics that merge with intense game play scenes, and immerse the players in nonstop violence so that they feel like they’re stepping into a world that is every bit as dangerous as the real one.

While I say there’s a formula for coming up with one hit game after another, it is one that pretty much only the Call of Duty team knows how to execute. Try as they might, rivals haven’t knocked Call of Duty of its perch yet. Electronic Arts’ DICE studio will provide some serious competition for the first time in years as it launches Battlefield 3 later this year. But that game franchise’s audience hasn’t yet risen to the level of fanaticism as Call of Duty’s, at least in terms of sheer numbers of dedicated gamers. EA is going to invest heavily in the marketing of the game and it may very well come up with some surprises. Perhaps the team at Respawn Entertainment, which has signed up with EA, will be the one to knock Modern Warfare off its throne. But that won’t happen this year, as Respawn has a long way to go before it debuts a game. With Modern Warfare 3, Activision Blizzard is trying to press its advantage as one of the few companies that can churn out an outstanding game every single year.

The demo that we saw started with scenes from Call of Duty Modern Warfare 2, which debuted in 2009. In that story, the forces of terrorist leader Vladimir Makharov left Washington D.C. in ruins. Now the combat chaos has spread to Manhattan, where an intense firefight plays out in the ruins of the New York Stock Exchange. Other scenes take place in the war-torn districts of Paris and London. The battles also take place in parts of Africa, Russia and the Himalayas.

“We are taking the scale to the new level,” said Robert Bowling, creative strategist at Infinity Ward, speaking to a crowd full of game critics. “Moving from the outskirts to the heart of major cities.”

The demo started with a Delta Force team in Manhattan. You fight your way through streets, rubble, and inside buildings to get to the stock exchange, where there’s plenty of glass to shatter on the trading floor. The soldiers toss a powerful new weapon, the “nine bang” grenade, which explodes multiple times and takes out multiple enemies at a time. Tanks accompany you and crush concrete barriers. If you glance at a TV, you’ll see CNN running a special report on the attack on New York.

You take on Russian soldiers in the firefights. But there’s always some kind of twist. At one point, for instance, helicopter gunships close in on your position. You have to use a Reaper drone to fire a missile up in the air and, using a camera view inside the missile, bring the projectile crashing down on top of the gunship. The explosion is quite satisfying. Then you jump onto the chopper and fire its gatling gun as a crazy helicopter chase ensues — not unlike an over-the-top car chase in a Hollywood action movie. Your chopper takes a hit and starts spinning out of control before it miraculously recovers.

Is this realistic combat? Of course not. But it’s entertaining and classic Call of Duty. In the London level, the combat starts out quietly, as British SAS soldiers begin a quiet assault in darkness. The quiet kills become noisier and noisier until you are fully engaged in a firefight in the rain. Dramatic music plays as your team chases down the escaping bad guys in a subway train. The two trains go barreling down the tracks as terrified London tube civilians run for cover. The train derails right in front of you.

If it’s possible to consider firefights entertaining, then this collection of firefights will leave you laughing and surprised as a gamer, even if you are pretty jaded by years of virtual combat. And you can bet that the launch of Call of Duty Modern Warfare 3 will turn out to be one of the major entertainment events of the year.