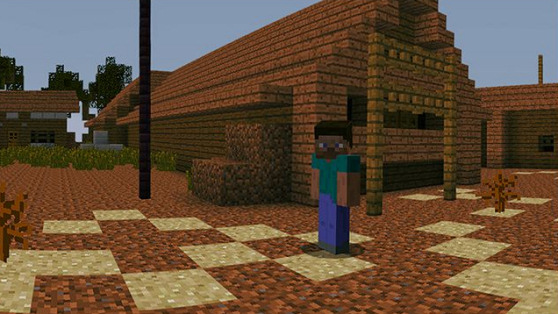 Last month, Minecraft-developer Mojang revealed the next world it wants to build one block at a time: our own.

Block by Block, Mojang and the United Nations Human Settlements Programme’s (UN-Habitat) new three-year partnership, rebuilds urban areas worldwide according to how their communities want them. Together, they’re using Minecraft to visually simplify the planning process. 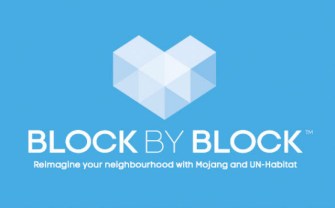 “Block by Block came about after one of the main forces behind Mina Kvarter, Jorgen Hallstrom, spoke with Thomas Melin from UN-Habitat,” Lydia Winters, Mojang’s director of fun, told GamesBeat. “Jorgen told him how well-received Mina Kvarter had been in Sweden, and the idea was formed to modify it into a new collaboration between Mojang and UN-Habitat.”

On Sept. 5, Mojang and UN-Habitat announced the global reconstruction project at the sixth World Urban Forum (WUF) in Naples, Italy. “WUF is UN-Habitat’s major conference each year, where people from all over the world meet to discuss urban planning,” said Winters, who attended the event. “It was a completely amazing experience and opened my eyes to many things I’d never even thought about before.”

Winters explained that Mojang’s role in the partnership involves providing financial support, raising awareness, and making Minecraft accessible to UN-Habitat — which in turn chooses locations and uses the sandbox-building game to plan the public spaces.

“We are extremely excited about the impact a project like this will have on the world,” she said. “The goal is 300 public spaces by 2016. It’s quite a lofty goal, but I think it’s something that can be accomplished. When you think of public spaces, it doesn’t always mean building a huge structure — although in come cases, it will. The goal will be to create safe public areas and use Minecraft to help facilitate the community coming together and planning out their own area. Right now, we are working on being able to start the first project in Kibera.”

Kibera (located in Nairobi, Kenya) is the project’s pilot site. Winters says no actual work has been done so far, other than sending out two contractors to survey the area with UN-Habitat. But the builder group “FyreUK” has successfully re-created the area in Minecraft, which is a key part of the process.

“I hand-selected them based on their knowledge of building and their positive presence within the community,” she said. “The pictures were shown to give an idea of how this will work. We will have a team build the foundation map; then, when the project starts, the youth community in Kibera will use the map to plan what they would like to see in the area. [At that point], the community will see the map.”

Winters assures us that the public will have many opportunities to help along the way, although she didn’t offer any specifics. Public involvement won’t involve direct influence over the sites themselves, however, since only the people living there can truly know their needs.

“As with pretty much everything Mojang does, we want to keep the Minecraft community involved,” she said. “We are happy about the possibility of getting younger people thinking about urban development through a project like this one.”

Winters added, “I think people in general can make more of a positive impact then they think possible. For us, we don’t focus on what we think other game studios should or should not be doing. Instead, we think about what we hope to accomplish. Our main goal is to be a game studio. It’s a privilege to also be in a position where we can help do something big.”

On Thursday, Mojang held a meeting to discuss the launch of the Block by Block website, so hopefully those interested in contributing to the project will have a chance to learn more soon. Winters was unable to share any details on what comes next.

“A project like this is very important to Mojang,” she said. “The reaction was completely positive when we announced the partnership. For me, being part of a worldwide initiative to make the world a better place is something you normally only dream about. Mojang is able to actually do it.”