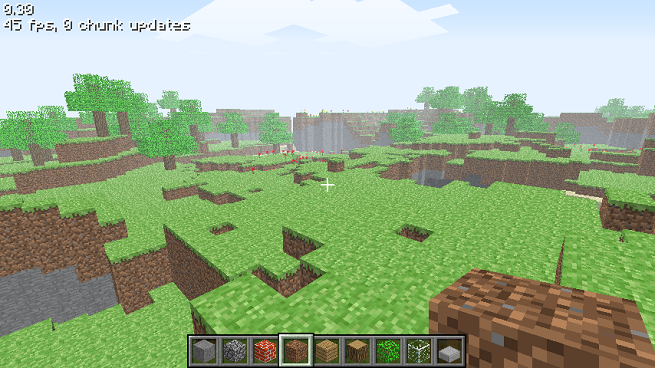 Can you put a price on an idea? That’s the eye of a fierce storm of debates swirling around a patent infringement suit leveled at Minecraft developer Mojang and its founder Markus “Notch” Persson.

Released on November 18, 2011 for the PC and Mac after a lengthy open beta, Minecraft focuses on user-generated creativity, exploration, and building within a free-form, sandbox-style world. Its unrestrictive structure gained enormous popularity and a devout following within the gaming community, which resulted in its elevation as one of the best-selling PC games of all time at over 6.7 million units sold as of this July. An Xbox 360 version also released in May.

The suit, filed on July 20 by copy-protection software company Uniloc, specifically cites the Android version of Minecraft, called Minecraft Pocket Edition, as infringing on a Uniloc-owned patent involving applications “requiring communication with a server to perform a license check to prevent the unauthorized use of said application, including, but not limited to, Mindcraft [sic],” a rather dry summary of a commonly used form of copy protection.

This isn’t the first time Uniloc sought compensation over alleged patent violations. Over 73 companies received infringement complaints from Uniloc for nearly a decade, including a successful Microsoft lawsuit in 2003 that spurred additional lawsuits against companies such as Sony, McAfee, and Activision.

Persson seemed undeterred and confidently tweeted, “If needed, I’ll throw piles of money at making sure Uniloc doesn’t get a cent.”

He later posted an official blog entry expressing distaste for software patents and safeguarding ideas, saying, “There’s no way in hell you can convince me it’s beneficial for society not to share ideas. Ideas are free. They improve on old things, make them better, and this results in all of society being better. Sharing ideas is how we improve.”

He added: “Trivial patents, such as for software, are counterproductive, evil, and costly. If you own a software patent, you should feel bad.”

Uniloc founder Ric Richardson took to the keyboard as well in response to a flux of “disgusting emails” sent by Mojang fans. In a blog entry, Richardson denied involvement with the suit and defended his company and the validity of software patents.

“I think it’s irresponsible to involve others in an enterprise when you don’t do everything you reasonably can to protect their interests as well as your own,” he writes. “It amazes me that people complain about paying a royalty for a technology that stops up to a third of a software company’s sales from being lost to piracy. What are you saying? ‘It’s alright to steal from Uniloc as long as it helps stop pirates stealing from me’?”

What do you think? Are software patents actually worth their weight in green? Is Notch correct in his stance against protecting an idea?