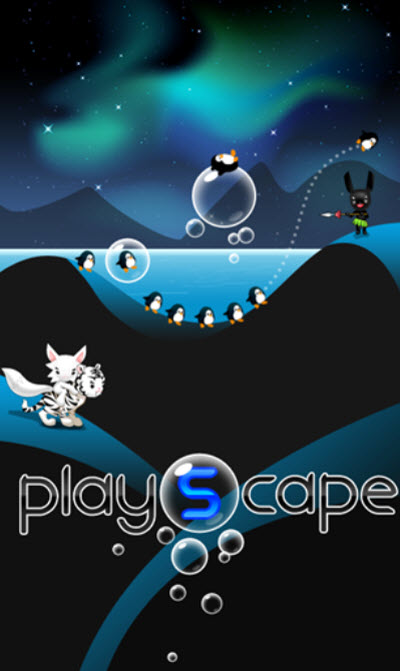 MoMinis, an Israeli mobile game firm, is launching PlayScape, its first “Mega-Game” with 50 games inside one free Android app.

The PlayScape Mega-Game offers a uniform cross-game experience and allows you to carry experience points and virtual currency accumulated in one game to another. It should make for convenient and frequent game playing, said Eyal Rabinovich, vice president of marketing and co-founder of MoMinis, in an interview.

The cross-game features will encourage players to try out more games, helping game developers with the critical problem of discovery. In the huge Android Market with hundreds of thousands of games, it isn’t easy to get noticed. So developers need something like the MoMinis PlayScape Mega-Game. The app is free, and so are the games, but users pay for virtual goods within the games.

“It provides a good starting point for new players and a real challenge for hardcore players,” Rabinovich said. “The idea behind this is that once you spend a lot of time playing one game, you’ll want to make use of what you have earned to play other games.”

The game is live in the Android Market now. MoMinis developed PlayScape based on an extensive three-year analysis of the 200-plus games that have been created with the MoMinis game development tools. The MoMinis Studio, as it is called, helped the company understand the broad range of player behavior and motivation. That in turn helped MoMinis craft the PlayScape Mega-Game with built-in incentives and a fun cross-game experience. It’s like a meta game layer above the individual games. 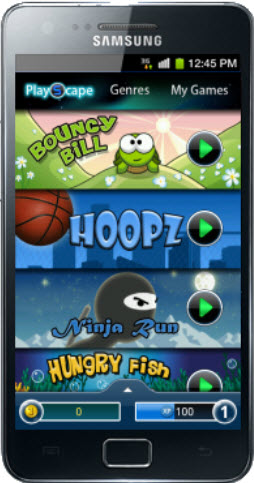 Rabinovich said the PlayScape gaming experience is engaging because it has cross-game missions that are constantly refreshed, encouraging players to achieve “experience points” that accumulate over time. Players also earn PlayScape Coins, a virtual currency that is redeemable for virtual goods, new games, and power ups.

It’s akin to the old arcades, where users bought tokens. They would play their favorite game, but then they would use the leftover tokens to try out something new.

“If you play a game for months, you’ll earn enough points to get more games,” Rabinovich said. “And once they spend money in a game, they will just keep on going. It’s a much better choice than starting from scratch without any points to spend. It’s a very natural transition to go to another MoMinis game.”

PlayScape is launching with 50 games in genres including arcade, casual, sports, puzzle, action, and brain. The titles include Bouncy Bill, an arcade game in the Android Market with 500,000 downloads ; Hoopz, a slam-dunk basketball game; Ninja Run, an action-adventure game, and Bubble Monkey, an arcade game for the family.

MoMinis says it provides developers and mobile operators with an end-to-end cross-platform mobile gaming solution, from development to distribution. MoMinis offers developers The Mobile Studio, a free development environment for making games in hours or days instead of weeks and months. MoMinis also distributes the games and earns a share of revenue generated. MoMinis provides games to mobile operators NTT DoCoMo and Turkcell.

In tests conducted by the company, it found that 5 to 12 percent of customers bought apps, significantly higher than the 1 to 3 percent industry average. Starting in the first quarter, developers will begin earning revenue from the monetization opportunities in PlayScape, including virtual currency purchases, advertising, alternative payments such as offers, and other paid services. Players can play for free if they complete enough missions and earn experience points.

MoMinis has raised $4.9 million to date from BRM Capital and Mitsui Ventures. The company was founded in 2008 and has 18 employees. Rivals include Gree, DeNA/Ngmoco, iSwifter and others making meta game layers. And it competes with GameSalad, Unity Technologies and others making game development tools.

Founders include Tzach Hadar, chief technology officer and a former member of an intelligence unit of the Israeli Defense Force. Rabinovich is a seasoned engineer who previous worked at Hegde-Tech Financial Engineering and Lipman Electronic Engineering. Zvi Rabinovich, co-founder, is vice president of research and development.