Correction 9:09 p.m.: The original version of this review said that Monster Fluid was an item that monsters dropped so that you could follow them. This was incorrect. GamesBeat apologizes for the error.

The opportunity to slay enormous monsters alongside your friends in stunning 3D isn’t a hard sell, especially when it comes with a multitude of customizable weapons supporting a variety of playstyles and strategies. And if it comes with a giant world to explore and get to know and characters who have a metric crap-ton of quests for you, it’s hard not to ask where to sign up.

Monster Hunter 4 Ultimate, which is out Friday for the Nintendo 3DS, is that game. But it’s also one that will fight you harder than any beast and go out of its way to make everything as difficult as possible. And not in that Dark Souls way that’s usually pretty satisfying because you’ve overcome a challenge.

No, this is often more like an annoying kid who runs up while you’re playing and starts pressing buttons at random and then laughs when you die.

It’s kind of a jerk. Above: It’s usually better to have a plan. Or you could just run up and start whaling on the thing, I guess.

The world is open, varied, and knowable

After the obligatory tutorials wherein a cast of colorful characters tells you how to walk and what beds are for, you get to go out into the world and start doing some monster-hunting. And when you first step out into that field, it looks huge and intimidating, but as you go on more missions, you start to learn the terrain. It breaks up each of the several regions into different areas, and you start to figure out where you can find certain plants and which places different animals hang out.

It feels really organic and natural, and it’s up there with the likes of The Legend of Zelda, Metroid, and Silent Hill in how it lets you really explore and understand your environment.

When you reach a new region, the map doesn’t exist yet; you only get a vague idea of how different areas are connected. But as you explore, the map begins to form as you go. It just adds to the frontier feeling of exploration, and it’s all great. 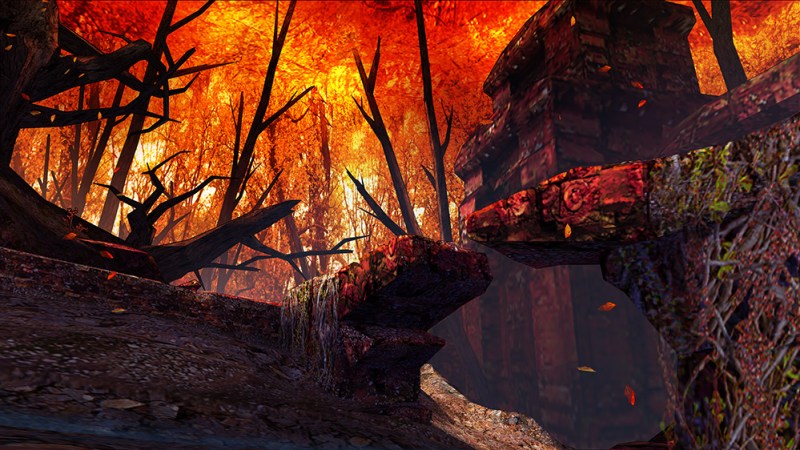 Above: The world is often very pretty. Especially on that tiny screen.

It supports any decision you want to make

It doesn’t matter how you wish to lay waste to the beautiful, dangerous creatures you’ll meet on your journey; Monster Hunter 4 has a weapon for you. You have nine options for bladed weapons (such as dual-wielding, two-handed, sword and shield) and three “guns,” although one of them is a bow. But still.

You can switch between weapons as you like depending on what you’re up against, and you have a lot of options for customizing and leveling. You can specialize or do a little of everything, and when you’re playing with your friends, you can plan strategies based on everyone’s strengths and abilities. It’s basically whatever you want to do.

The variety also carries over into little things like the adorable little costume your pet pig is wearing in your tent. Mine is dressed like a mariachi, and I have named him Hector. Above: Fiery (or watery) dragon breath will usually ruin any tactics you might have had going.

The item management saves you a lot of trouble

I grew up on stuff like Resident Evil, so my first thought when I saw the Item Box in Monster Hunter was of constantly running back and forth, grabbing stuff out of the crate and swapping in new things if I ran out of room in my inventory, and then taking the whosit to the guy who needed it, and then going back again to pick up the things I had to drop to make room for the junk that I had to carry. But one of the best things that this game does is just assume that you have everything on you when you’re in town. So you can keep all of the potions and gear you need out in the field in your inventory, and the Blacksmith knows you have that ore at home; it’s cool.

The crafting system also helps you out a lot. When you go to combine two items, it grays out all noncrafting wares, and then when you pick the first, all of the things that can’t combine with it are also closed off. You still have to experiment to figure out the recipes and what you can do with your inventory, but you definitely start out with some helpful hints.