Since its November launch, Capcom has sold over 3 million copies in the publisher’s homeland. Generations hits July 15 for the Nintendo 3DS in the States, the latest entry in the 12-year-old series that brings together old and new monsters and also introduces new playing styles. And while Monster Hunter hasn’t always achieved as much success in the States as it has in Japan, Generations is the second game to come stateside in two years, releasing within eight months of the original Japanese title.

At the recent Electronic Entertainment Expo (one of blockbuster gaming’s biggest trade shows in the U.S.), GamesBeat interviewed Ryozo Tsujimoto (executive producer for the Monster Hunter series) and producer Shintaro Kojima (through a translator) about Generations, balancing its new additions, not worrying about annualizing the series, and the hopes for eventual simultaneous U.S. and Japanese releases.

GamesBeat: What are each of your favorite monsters and favorite weapons in Monster Hunter?

Ryozo Tsujimoto: My favorite weapon is the hammer. I’m pretty well known for my monogamous stance on that. [Laughs] I’ve played that for thousands of hours through all the games. And my favorite monster is Lao-Shan Lung. He’s an older one, from Freedom Unite.

Shintaro Kojima: My favorite weapon is the great sword. It’s just satisfying to have a big-ass sword and hit big monsters with it. What more can I say? My favorite monster has to be—well, there are four main monsters in Monster Hunter Generations, but he’s the main of the mains. It’s Glavenus. He’s really cool. He’s like a Tyrannosaurus rex in terms of design, but his tail is like a big sword. He does big attacks against you. He’s so amazing we put him on the front of the game. I even have Glavenus glasses on, as you can see. 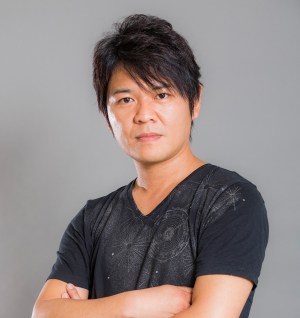 Above: Ryozo Tsujimoto, executive producer for the Monster Hunter series.

GamesBeat: With Generations, you brought in a lot of old elements and old monsters and mixing them with new things. What were some of your development goals? What were you hoping to accomplish?

Tsujimoto: It’s been more than 10 years since the series started in 2004. We wanted to celebrate the series’ history, now that we’ve passed that anniversary. We wanted this to have a festival feeling, a special event. That’s why we introduced some classic environments and monsters that veterans will pick up on, something to give it a nostalgic feel. But we’re also adding completely new monsters and areas at the same time.

We’ve also found that over the 10-plus years of series history, we’ve seen a lot of play styles out there from different hunters. Everyone has their own preference and we wanted the gameplay to reflect that in its mechanics, so everyone could play in a specialized way that suits them. That’s why we introduced new gameplay elements like hunter styles and hunter arts. That requires you to drill down into not just choosing one of the 14 weapons, but choosing one of the four styles as well. You can really say, “This is what suits me as a hunter.” You can show off your uniqueness.

GamesBeat: Do you have any styles you personally prefer?

Kojima: I’ve kind of gone around … and tried every style. I don’t just stick to one like Ryozo does. I do like the striker style a lot. It allows you to have a maximum of three hunter arts set on your character, more than any other style, which gives you a lot of flexibility in terms of special moves. But really, I’ve done the rounds, I kind of change it up. That’s my style, is not to stick to one. I try to use whatever’s appropriate to the situation in each quest or against each monster. Or just how I feel, if I get into one style and I’ve been playing it for awhile, maybe I’ll just change it up, change to Guild Style.

GamesBeat: What’s one thing that you  would like to see in future Monster Hunter games, something you tried to do in the past but maybe couldn’t fit in?

Tsujimoto: We’ve been able to put just about everything we want into each project as we’ve gone along through the years. To be honest, even if there was something on the back burner that was coming up for a future title, I wouldn’t tell you. [Laughs]

Kojima: I worked specifically on Monster Hunter Generations, and I’m really pleased that I was able to get all of my ideas into the game. 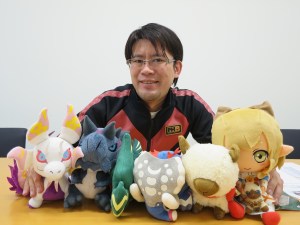 GamesBeat: Generations seems to have brought in a lot of new features. What did players in Japan respond to the most, of the things you added in this game?

Tsujimoto: The main adjustments to the action gameplay were the addition of hunter styles and hunter arts. As you might expect, that’s been one of the biggest hits with players. People were concerned before the game came out that with all these new abilities, these big flashy special moves that you see in the trailers, that it might get too easy. But you have to try it for yourself. When people get it in their hands, they pretty quickly realize that it hasn’t been dumbed down. It’s broadened out and deepened. There are many more options available to players, whether you’re a veteran or a newcomer.

People have found that they’re able to bring out their own unique style through these gameplay systems. It’s been very successful. I’m grateful to see that we’ve been able to sell more than 3 million units in Japan so far.