Montreal this, Montreal that…why is everyone always talking about Montreal?

More to the point, why does everyone in game development seem to be in Montreal? I was working on a theory that involved a maple surplus and "great for squatching," but the truth is a profoundly interesting mix of culture and stimulated enterprise.

Most coverage of Montreal’s emergence as a software development hub only focuses on the rapid growth in the region. In an article about iOS developer Gamerizon’s move there, The Gazette's Jason Magder wrote in September of 2011 that the area is expected to create nearly 1,000 jobs in "the next few years."

Taking hyperbole to a new level, an article in the Montreal Mirror even quoted former EA general manager Alain Tascan as saying that the city has "the competitive advantage to become the Hollywood of gaming." These articles do provide some interesting and (perhaps more importantly) optimistic talking points about the business as a whole in that region, but the actual impetus for companies moving to Montreal is far more intriguing.

To fully appreciate the development of the Montreal scene, one must unfortunately endure some political talk. But it’s good news this time, I promise. While government involvement in our beloved game-space is typically bemoaned, the government of Quebec itself is to thank for the rise of Montreal as a development mecca.

An enterprising French company called Ubisoft was investigating opening a studio in North America in the early 1990s. At the same time in Montreal, the political party in power (the Liberal Party, or PLQ) was struggling with the collapse of their textile and manufacturing industries.

Lobbyists were quick to propose to the government in Quebec that a tax credit could be given to Ubisoft for setting up shop in Montreal, at which point the city could suddenly find itself home to not only a burgeoning game studio but an entirely unique culture as well.

For the PLQ, it would be an elegant solution to their aforementioned employment woes For Ubisoft, it marked an incredibly unique development opportunity. Under the terms proposed, the creation of 500 jobs would be subsidized over a five-year period, with the Quebec government contributing $15,000 per employee and the federal government kicking in an additional $10,000 per employee.

If that wasn't enough, to help convince Ubisoft and other like-minded businesses that Montreal wasn’t just for nascent mustache-twirlers, the Quebec government introduced a multimedia tax credit designed to stimulate French-language content in the interactive space. In most instances, this credit covered up to an astonishing 37.5% of companies’ salaries.

Facing an offer nearly too good to refuse, Ubisoft Montreal officially opened in 1997. 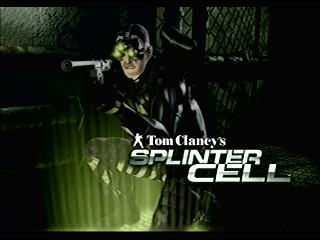 After dabbling in smaller children’s titles, Ubisoft Montreal released Tom Clancy’s Splinter Cell in 2002 to largely positive reviews. It was a pivotal moment, not only for the company (who had proven what it could accomplish given the resources) but for other developers as well. By 2004 Electronic Arts had opened up a studio in Montreal, and in the years that followed companies such as THQ, Warner Bros., and Eidos would also have studios there.

While the tax considerations can’t be ignored, a culture already existed in Montreal that also helped draw these companies there. Still prevalent to this day, that culture is an integral part of a very creative city with a well-educated and largely bilingual workforce. For prospective employers, it's simply a haven of well-rounded talent.

Of course, smaller developers have also found a home in Montreal for all of the same reasons. But could Montreal have flourished in this way if the course had been reversed? If small, independent game companies had ruled the roost in Montreal for a decade, would that have been enough to lure the larger companies in?

As powerful as indie development houses have become, alone, they probably wouldn’t have spurred the growth that Montreal has seen. The city could have easily supported a small scale development scene, but it would have been unlikely to draw the attention of an international publisher and subsequently get the aide of the government.

Having French roots also gave Ubisoft a unique foot in the door, and that same pedigree offered a near frictionless transition into the French-speaking culture. Ubisoft Montreal was simply welcomed into town like a long-lost relative and left to go about their business undisturbed, with the resultant stimulation clearly evident in several of that studio’s titles.

Despite some recent troubles, the successes of the Montreal community mean that the East Coast can now call itself home to its very own development hub, not unlike Japan, the U.K., and California before it. Each of these regions is the result of a perfect storm of culture and opportunity, with each able to effuse its charms and influence the titles we enjoy today.