I got some hands-on experience with the motocross racing simulations MXGP3 and MotoGP 17 yesterday. I’m not sure what I accomplished, other than proving that I am perhaps the worst video game motorcycle rider in history.

But plenty of fans out there will be excited to hear what Andrea Giolito, senior product manager, had to tell me about the two games coming from developer Milestone and publisher Square Enix. The titles debut on the consoles and PC on June 20 in North America for MXGP3 and July 11 for MotoGP.

The games are realistic racing simulations. MXGP3 is about dirt bike action, while MotoGP 17 is about racing on pavement. Both have licenses from the official governing bodies of the real sports, and the MotoGP 17 will have esports tournaments scheduled for the same time as one of the real-world major race tournaments. 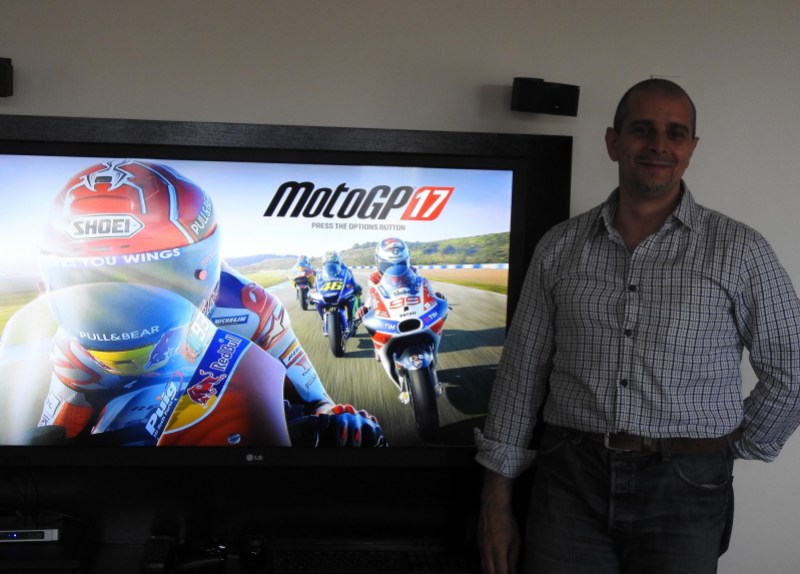 Above: Andrea Giolito of Milestone

Milan, Italy-based Milestone has been making these games for 21 years, and it has 200 people working on the games.

“We specialize only in racing games,” said Giolito, who was trying not to laugh too much while I was trying to navigate the turns in my demo.

Giolito said the realism is hitting a peak now because the teams making the games are now using the Unreal Engine 4, which delivers physically accurate details, from handling to motion. The games will have cool features such as night racing, all kinds of weather, and deformable ground (which is particularly useful for the dirt bike simulation). You can hear ultra-realistic engine rumbling. The transition to Unreal has been in the works for two years. 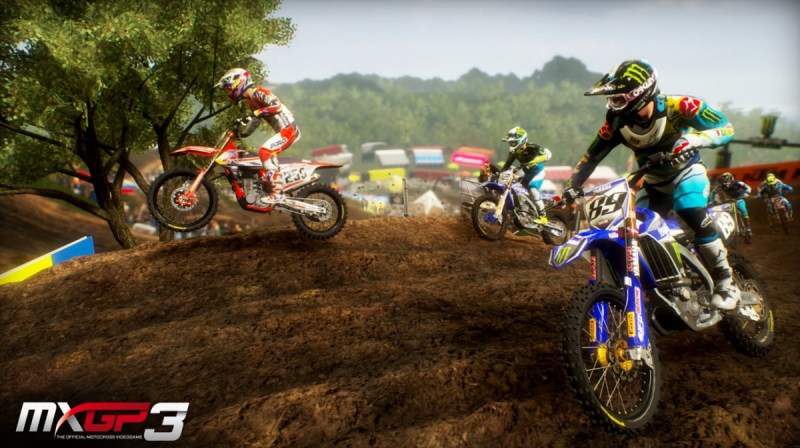 Above: MXGP3 has grooves in the dirt that get deeper over time.

Players can fulfill the role of a motocross star in MXGP3, where you can choose from 300 official components and 75 brands. You create your own rider and bike, with all sorts of decals and details to choose from. Then you can get on the track and join races. How you perform can increase or decrease your reputation, and you can work your way up to invitations to join 12 official Motocross Championship partners in the game.

The MotoGP 17 game will be the platform for the MotoGP eSport Championship, which will last through seven races that are timed with the real-world races. The season finale for the esports event will be held in November at the circuit in Valencia, Spain. The esport final event, which will feature 16 finalists, will be broadcast live by Dorna’s TV partners. A BMW M240i will be the top prize.

Giolito said the company has four games in the works, including two which haven’t been announced yet. Giolito said that the team has to always balance the desire for hardcore gamers to want a simulation with the demand from casual fans to create an arcade-like title. In either case, the company starts with terabytes of physics data that can be downsized to fit in either kind of experience. 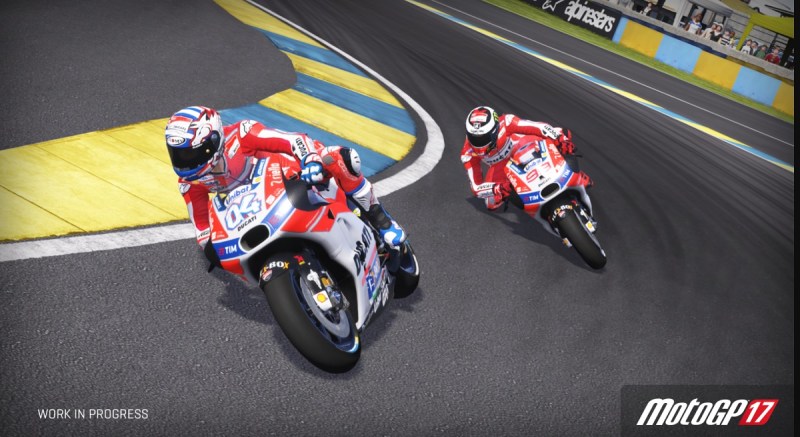 Above: MotoGP 17 isn’t as messy as the dirt bike racing game.

He noted that the reputation system gives you credits after each race you ride. Those credits can be used to buy better things in the game, hire more skillful crews and staff, and otherwise get you the gear that you need. Players can customize an event, adding or eliminating races in an imaginary championship.

Each game will also have challenges where you race solo to achieve the best time on particular tracks. You can race one-off games or run a full racing career in the simulation. you can change the racing style if you wish, such as putting your elbows on the ground as you round corners. And you can even live the life of a racing team manager, managing your staff and crew and up to six racers.