It felt a little like Christmas, opening and unpacking the Kano box with my kids.

Everything about the computer kit felt designed for children — like the tiny orange keyboard, the chunky see-through case, and the bright yellow HDMI cable. But as soon as the Kano operating system crept to life on our living room TV — the boot sequence spidering its way across the ageing LCD screen — it was clear that it’s more that just a kids’ toy.

“It’s looks awesome,” my 10-year-old daughter said as she sat and took control with the wireless keyboard and trackpad.

Just prior to that, she and my son, age 12, had worked collaboratively — as they can do when the mood takes them — to piece together the Kano computer kit, which uses a Rasberry Pi single-board computer at its core. Following the simple, Lego-like instructions, they’d built the case, added an SD card with the Kano operating system, connected a speaker, added a Wi-Fi dongle, linked the keyboard, and powered it all up.

Giving kids this hands-on experience of actually constructing a computer is one of the most powerful things the Kano does, even if it’s in a pretty simplified form. In an increasingly pre-packaged world where everything works straight out of the box, it’s great that they have to think about the parts that combine to make Kano work.

Not everything during our time with Kano was as smooth as the build, but its playful approach to programming — which uses games, music, and art in clever ways — showed its worth as a tool to get kids experimenting with computers. 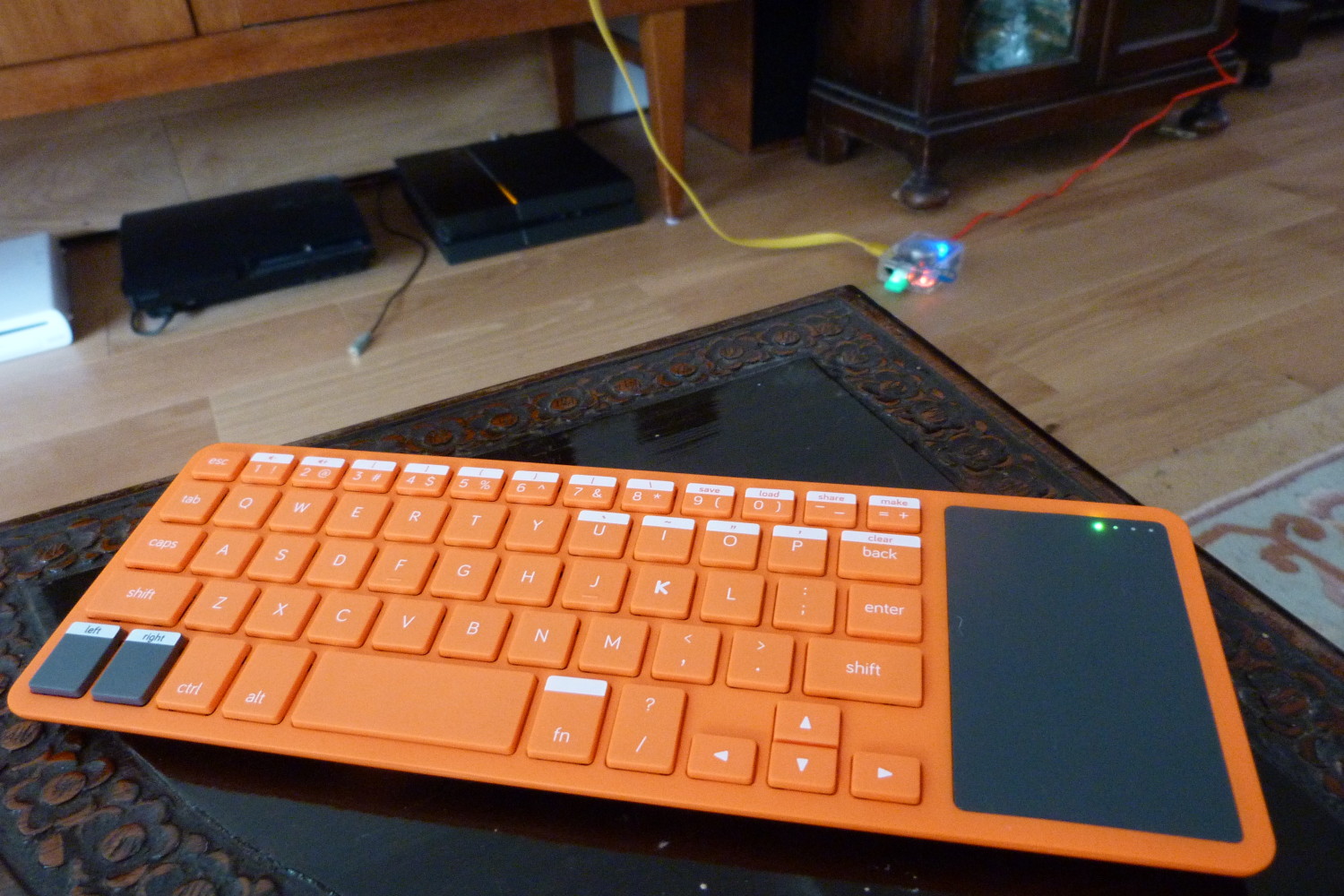 Above: Kano set up and ready to go.

Give kids the option to pick a number, and it’s likely they’ll pick something big. Kano lets you mess around with Pong — one of the first ever video games — changing the size and speed of the ball, but my kids soon discovered that a ball 1,000,000 pixels wide just doesn’t work.

They did, however, have a blast changing the color of the ball, giving their game a dumb name, and hacking the rules — making an invisible wall, shrinking a paddle every time it connected, and speeding things up.

They did all this using Kano Blocks — a visual drag-and-drop coding system similar to Scratch. It was a neat introduction to Kano and created a whole lot of laughs in our living room as the game got crazier and crazier.

Kano extends its old-school thrills by letting kids mess with Snake — the go-to game on any old Nokia mobile phone. It’s an interesting choice of project for a younger audience, but it works pretty well as an introduction to the Python programming language. 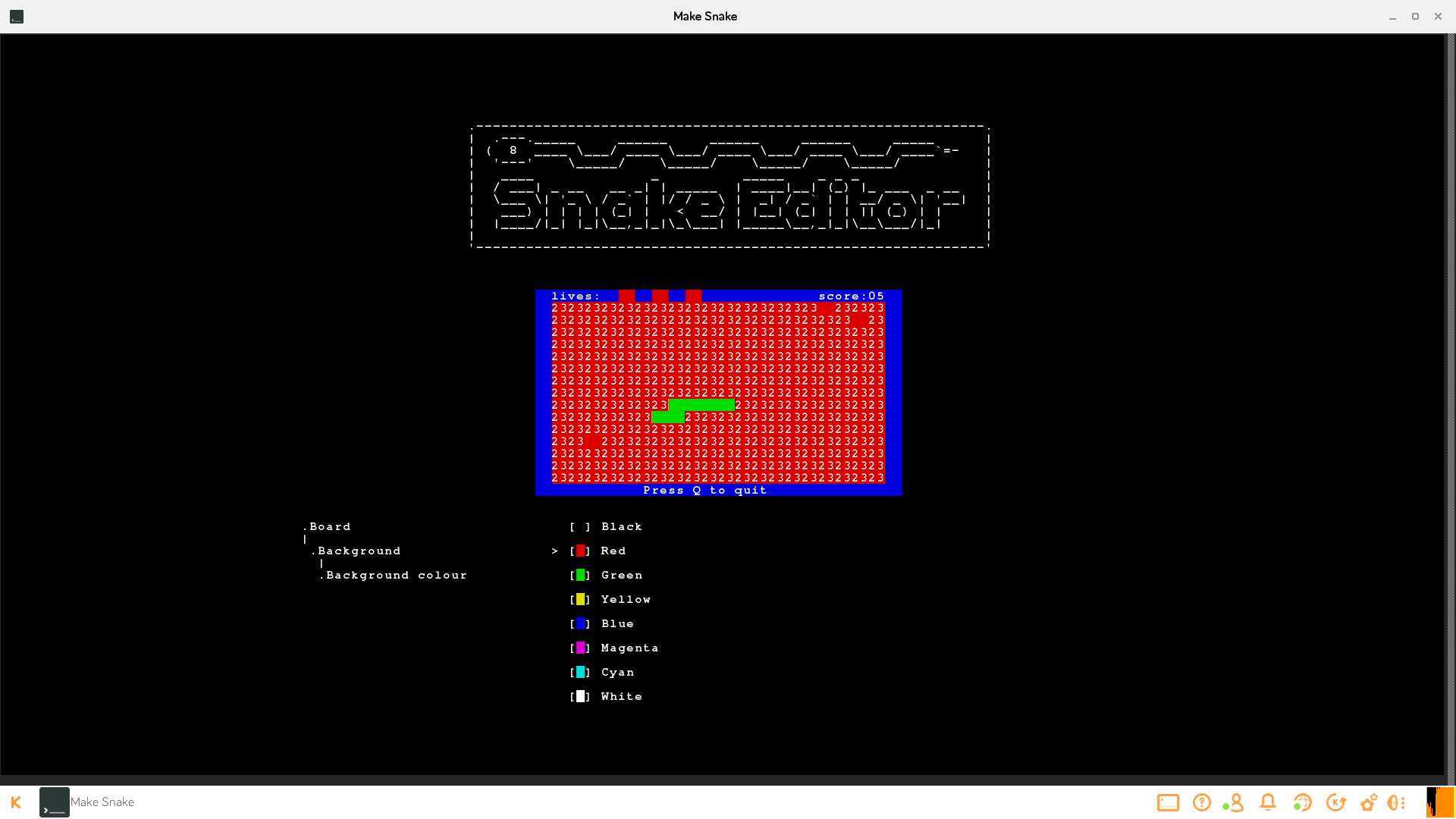 Above: Snake lets kids use the Python programming language in a supported way.

My daughter took the lead on this activity, messing with the speed, adding multiple lives, and changing around the colors and icons that make up the game.

She then moved on to play with Kano Draw — making pizzas and smiley faces using lines of code, with a lot of trial and error leading to eventual moments of great satisfaction.

“I kind of felt like I was making something,” she said later. “Computer art — you see it in school on your Smart Board. You see it on your computer, and then when you go to do yours, you don’t think of it as much. But when you look at your code, it’s about 15 lines long and you think, ‘OK, maybe that is good.’”

The only major problem she had — aside from losing the odd shape off the visible part of the screen — was that she couldn’t find a red that actually looked like tomato sauce.

Even if you squinted? “Kind of.” 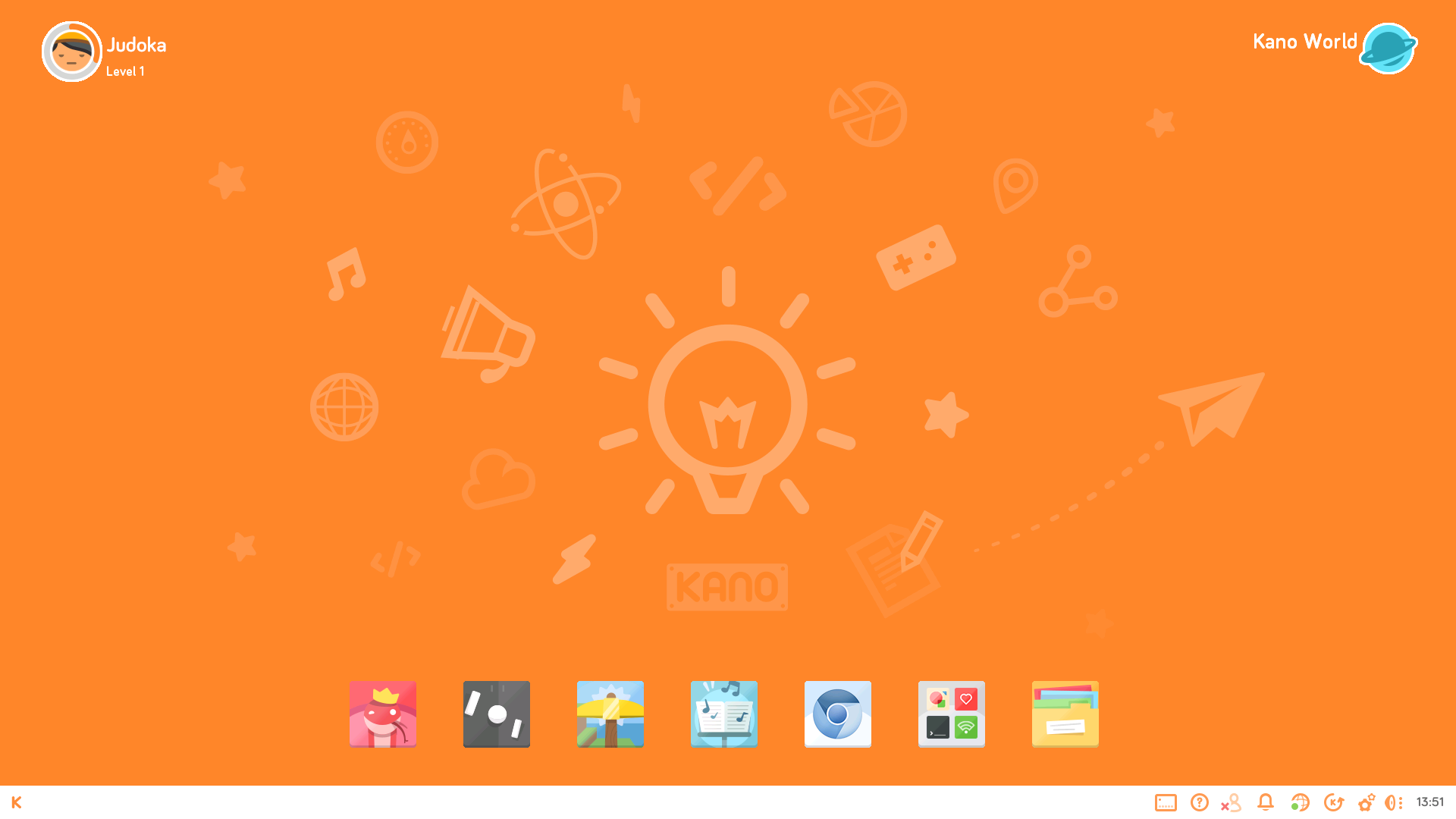 Above: The Kano OS looks clean and neat.

Before we moved on, I suggested we should look through the hardware settings. I should have known better.

An option to overclock the Rasberry Pi to “Turbo” speed was too tempting to pass up, just to see if it could run a little smoother. Unfortunately, the Pi wasn’t quite so enamoured at the thought of going Turbo, and it refused to reboot into the Kano OS.

It was a tough moment, thinking that we’d — or rather, I’d — killed the tiny computer in a desire for more speed. No amount of rebooting would fix the problem, even when we tried the safe mode.

I bashed out a slightly frantic late-night email to Kano customer support and waited.

Impressively, I got a response at 8 a.m. the next morning, telling me that the OS was corrupt — likely caused by a failure to update properly or by me powering down the system too early. Following the instructions that Ricardo in customer support gave me, the Kano breathed again, and I was off the hook.

Plus, I’d learned to keep my hands off the kids’ computer. 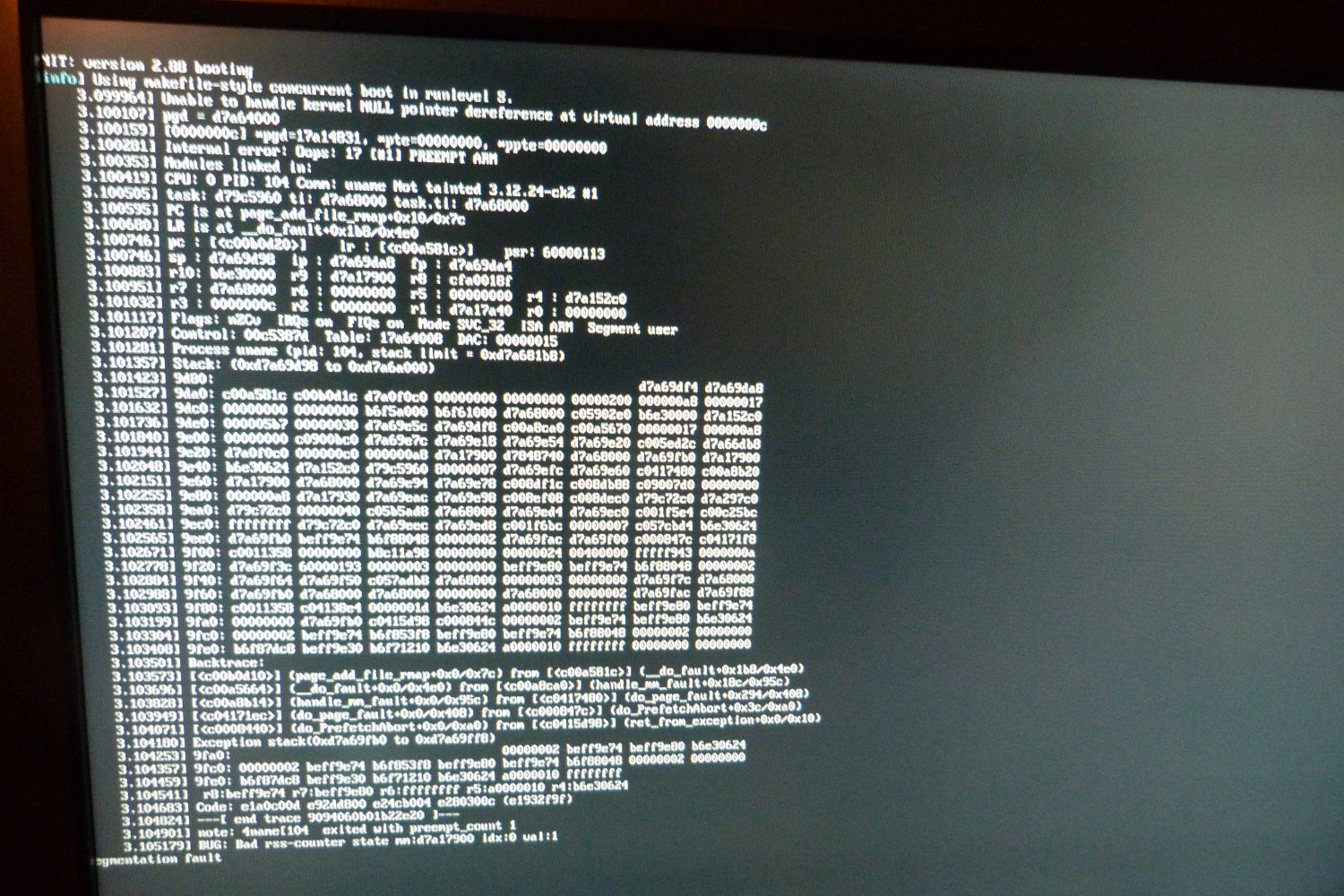 Above: I think I killed the Kano. Oops.

We were back in business, and my son decided to check out Terminal Quest — Kano’s interactive text adventure that uses the Linux command line.

It kept him engaged for a good half hour or so, but he later confessed that he’d become confused by all the commands and hadn’t really taken them in properly.

“If I was going to do something like that again,” he told me, “I’d take a piece of paper and write all the commands down. I played for maybe 10 minutes, and I just got really confused because some of them were kind of random combinations of full stops and letters and numbers. Because I hadn’t [used Linux] before, it all looked completely random to me.”

The game content didn’t really grab his attention either: “The adventure wasn’t that exciting, really.”

He wrote a note about Terminal Quest in the Kano feedback box, saying that it could be a bit more adventurous — maybe it should have some fighting — and we were surprised and kind of pleased to see an email response just a few hours later.

It was Ricardo again: “Thank you for your feedback. I will make sure to pass the message to the developer of Terminal Quest.” It was a nice touch.