Want a new fighter, or do you want to be her again?

I’ll be something new.

Do you think my character’s scary? I’m Reptile.

Hmmm. Yeah, he’s not amused. Uugh. He’s going to get me with those —

You saw it. The “Nutcracker.”

That’s the only thing I have?

No, you have a bunch. Here, push the start button. We can teach you another one. We’ll do “Single shot.” Just go back, forward, Square. You’ll shoot your gun at me.

Top left. That’s right. Back, forward, Square. There you go. Remember before, when we tried to do the X-ray move? Push these bottom two buttons right at the same time when I’m next to you.

The bottom two ones. Push them right now. There you go.

[My mom’s character punches Reptile in the nuts so hard that they explode.] Oooh!

I got him where it hurts. He wasn’t too happy. Because I beat you!

What’s this guy coming out of the water?

Just a corpse? I don’t know.

He doesn’t look too good.

You really blew it. You’ll never get a date. We’re going to fight again?

I need to learn how to jump.

You know how to jump. You push up. 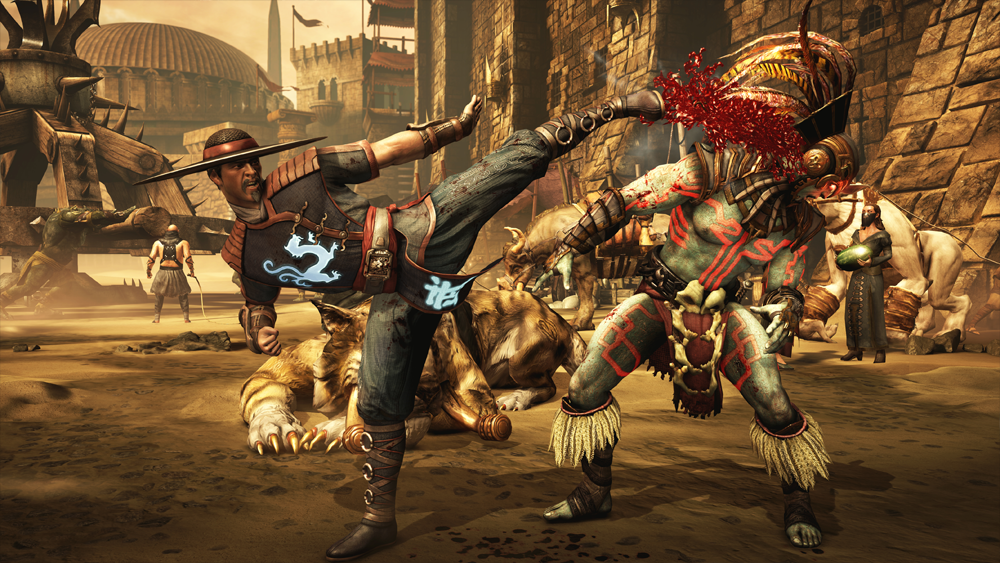 Above: -time in Mortal Kombat X.

Oh, you broke my jaw. I can’t see a thing. Now, how could I still be alive after I did that?

I don’t know. You’re fighting. Oh, you did your nut shot.

You have to push the button!

I wish it was voice-activated.

You just want to scream at the TV? “Punch, punch!”