My mom does not play video games. She also doesn’t like horror. In fact, I’m pretty sure her favorite movies are The Sound of Music and White Christmas. So, who better to review The Evil Within, the creepy new survival-horror game out now for PlayStation 4, Xbox One, PlayStation 3, Xbox 360, and PC?

My mom has actually reviewed games before, and the results are pretty hilarious. Thankfully, a game filled with blood and decapitations gave us plenty of interesting moments.

You’ll find the edited transcript of our play session below. My words are in black, while my mom’s are in red. Note that we played it on the Xbox One.

We’re going to play a game called The Evil Within.

Uh-oh. Same buttons [I assume she’s referring to Dark Souls II, which she played on the PlayStation 3. Close enough.].

Yeah. What do you think of the picture of the guy covered in barbed wire? 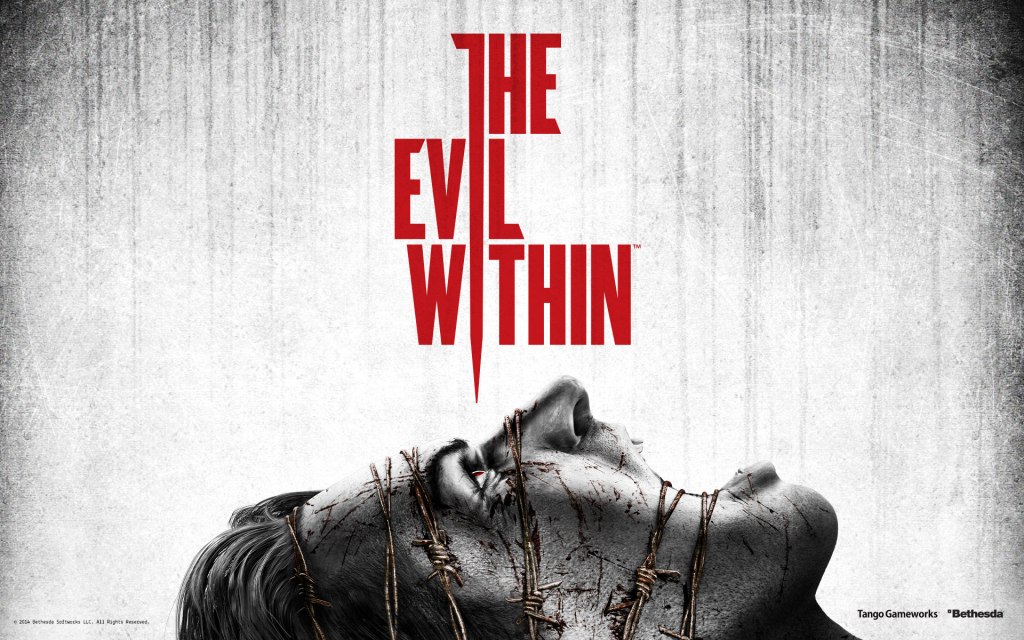 I thought it was a girl.

[A logo appears, which slowly gets covered in blood.]

What is happening, Mom?

Blood, all over the place. This is not a Disney.

No. [I start reading a disclaimer] “A small percentage of people may experience seizures when exposed to certain lights, patterns, or images. …”

“People with a history of epilepsy or seizures.” You’re fine.

It’ll be all right.

Yeah. If it becomes too intense for you, close your eyes.

[The game suddenly crashes and we’re back on the Xbox One home screen.]

What did you do?

It said press any button.

What button did you push?

Push A again. It went to the home screen.

[The image of the guy in barbed wire shows up again.]

She has curly eyelashes.

It’s starting up again. You get to see the blood logo again. I don’t know what happened.

It said press any button.

I believe you. I think the game just crashed. Not off to a good start.

[We get the game started. My mom reads the tips during the loading screens.]

“… And then they won’t notice if you come up behind them.”

It gives you a tip.

“Stay far enough away from enemies.” Duh. Why can’t I just leave? [The opening cutscene begins to play.] It’s like a movie. Of course it’s raining. Where’s the thunder and lightning?

[The game goes through lots of introductory cop talk. The controller begins to vibrate.]

How come this is vibrating?

It’s to go with the movie.

[We watch more of the intro.]

Have you ever heard of Resident Evil?

What do you think of the graphics?

All right. I think you’re moving now. No, no, the other one. You’re the guy in the trench coat. That moves the camera. The left one moves you.

[We enter a rainy crime scene in front of a large building. Empty cars fill the area.]

Is this a party or something?

I mean where all these police are at.

Why would you think it’s a party?

I don’t know. It looks like they’re at a house.

I think it’s a crime scene.

They were looking at a car.

Hey, you found the security cameras. 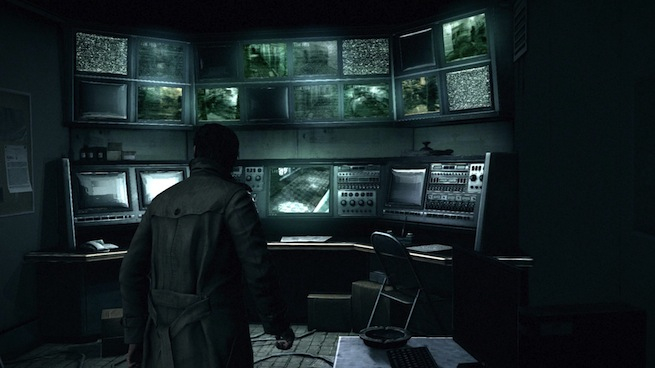 [The security video shows other cops shooting at something off camera.]

There’s the other cops.

[The cops then get quickly murdered.]

Mom, what just happened in the video?