Rand Miller has been making puzzle games like Myst and Riven for more than 26 years. Now his team at Cyan is trying to raise $1.1 million on Kickstarter for a new adventure game called Obduction. They’ve raised a healthy $736,358 from 12,784 backers, but it’s going to be a challenge for them to raise the rest of the goal amount over the next 11 days.

The title is the first attempt in a while to escape the glorious orbit of Myst and Riven, which are two of the most beloved computer games of all time. The original Myst launched almost 20 years ago, and it became one of the best-selling computer games in history. The title helped popularize the CD-ROM and it paved the way for nonviolent, immersive adventure games as a genre.

“We want to re-create that feeling you had when you were playing Myst,” Miller said in an interview with GamesBeat. “It’s like, what if you were abducted and taken to this alien world where there’s this old farmhouse. This is all new lore.” 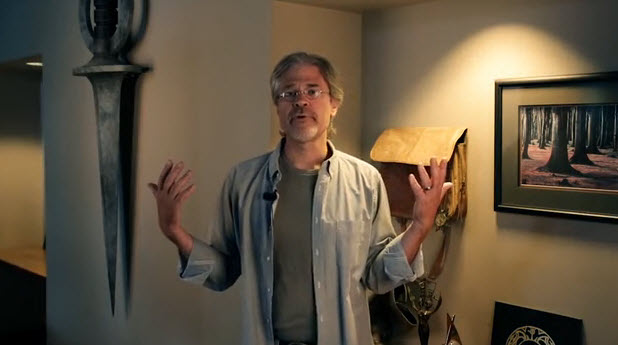 Above: Rand Miller of Cyan, a mind behind Myst and Riven.

Now Miller’s team, which is based in a quirky building in Mead, Wash., is creating a real-time, first-person adventure. You’ll explore, discover, solve puzzles, and probably reminisce about the good-old days of gaming. Just about the only game companies making similar titles these days are Quantic Dream, maker of Beyond: Two Souls; and Thatgamecompany, maker of Journey.

“I am not sure if we will make it with the Kickstarter, but we’ve had an incredible outpouring of support from fans,” Miller said. “It’s going to be very tight.”

Miller said that the challenge in the Kickstarter is that many gamers today don’t remember Myst or Riven, and so they don’t really know what they’re missing. Cyan has tried to keep the brands in the market, creating as many as five major Myst titles, as well as Myst Online. Miller said he spent recent years converting the series to mobile platforms, and this has helped “keep the company alive.”

But the real salvation for Cyan always lies in creating something new. That’s why the team is building Obduction, which will feature “fantastic scenery, incredible architecture, compelling story, and exceptional challenges.” It will have stunning landscapes like those pictured above and a deep storyline. It will have engaging characters, dramatic soundscapes, and challenging but intuitive puzzles.

Above: Obduction will have stunning landscapes.

If the funding target is met, Cyan will make versions of Obduction for Windows and the MacOS for release in mid-to-late 2015. As the budget grows, the game will grow, and Cyan will add more places, puzzles, mystery, and complexity.

Obduction will give players a “very personal window into a much larger world.” It begins with the player’s own “abduction” on a crystal-clear, moonlit night. An artifact drops from the sky and whisks you across the universe. The aim will be to build the virtual world so that it becomes like the player’s own fantasy world.

Cyan is building the game in Epic Games’ Unreal Engine 4. That’s a far cry from Cyan’s origins in 1987, when Miller and his younger brother, Robyn, started making their own computer games on 3.5-inch floppy disks. They published Myst in 1993. They took their time with a sequel and released Riven in 1997. Both sold more than 12 million units altogether. After Riven, Robyn Miller went off on his own. He recently directed The Immortal Augustus Gladstone, a 2013 biography/comedy about a man who thinks he’s immortal.

In the good-old days, publishers got as much as 88 percent of the revenue from a game, but as an indie studio, Cyan now has a chance to pocket much more of the money.

“It seems cool to be an indie shop these days,” Miller said. “That is what we’ve always been, and we’ve stayed alive converting our legacy titles to the mobile platforms.”

While those games paid the bills, they did not “stretch us creatively,” Miller said.

The new Cyan team has 15 people, including a few that have worked at the company since the early Myst titles. Miller said he doesn’t want the team to get too large.

“We’ll be very efficient, like doing Myst and Riven with a small team,” he said. 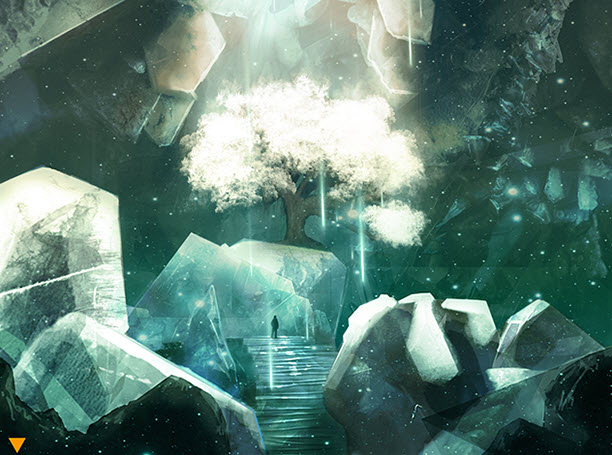 Above: Obduction will remind you of Myst