Cyan, the legendary studio that released Myst and Riven in the 1990s, launched its Obduction game on the PC in August, and it debuted on the Oculus Rift virtual reality headset last week. Now, Cyan is announcing that Obduction is also going to debut on the Sony PlayStation 4, the PlayStation VR headset, and the HTC Vive VR headset as well.

That will help Cyan reach a wider audience for a mysterious puzzle game that is like a spiritual successor to Myst and Riven.

“We’re going all-in on VR,” said Rand Miller, CEO of Cyan, in an interview with GamesBeat. “And the PlayStation breaks open our availability as a much broader platform for us. I [was] amazed at how good this looks on a console.”

The project is a three-year effort by the indie studio in the woods of Spokane, Wash. Obduction introduces a whole new world. You begin exploring on the shore of a lake during a cloudy night. An artifact falls from the starry sky and transports you across the universe, as you have been abducted and added to an alien landscape with a Kansas farmhouse, a white picket fence, and bizarre ghost town. Your job is to explore, solve puzzles, and unravel a mystery. 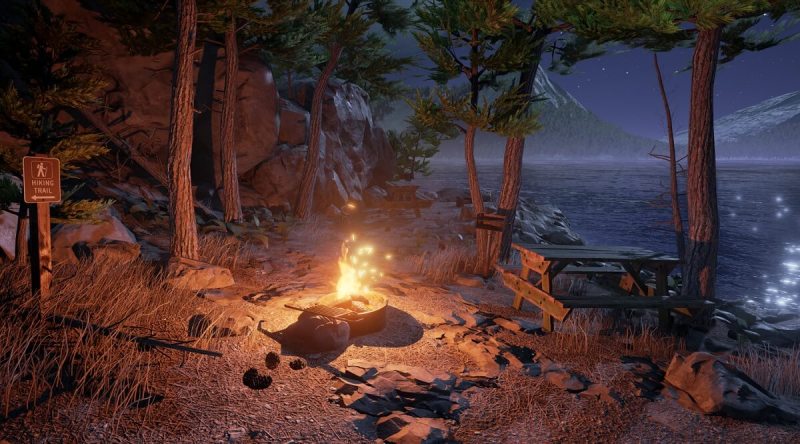 Above: Obduction has mesmerizing graphics.

The PS4 game will be the first console version of Obduction and opens the game to Sony’s audience of 40 million PS4 players. To boost awareness,

Cyan has already begun work adding support for hand controls and room scale. Hand controls will allow players to interact directly with objects in the world — buttons, levers, doors, valves, etc. — even picking up objects to examine them. These new features will provide a more immersive experience to players with the appropriate capabilities (Vive, Oculus Touch, and PSVR).

“Cyan has a history of creating meticulously crafted immersive worlds. VR feels like the ultimate medium for magically transporting players to new places,” said Miller. “We’re opening up the Obduction virtual reality experience to more platforms and going all in for the VR future. We have some optimization to do for the PS4, but it is surprisingly capable as a platform.” 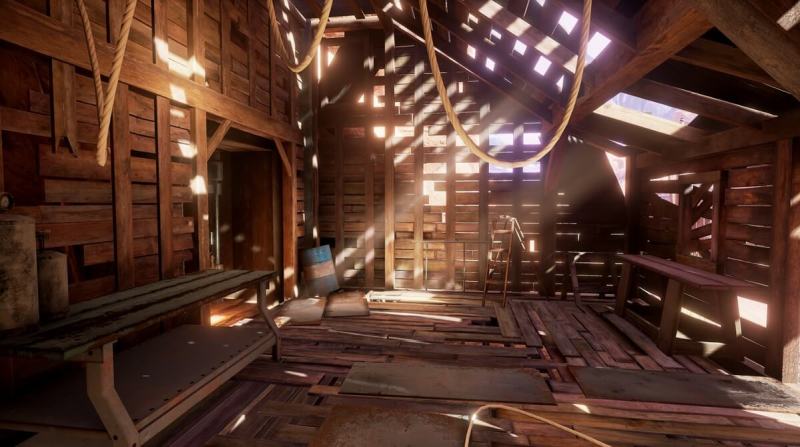 Above: Obduction uses the Unreal engine for special effects.

Obduction is available for PC and the Rift on Steam, the Oculus Store, GOG, and the Humble Store for the introductory price of $30. It is coming soon to Mac, Miller said. Obduction for PS4, PSVR, and the Vive will arrive in 2017.

Obduction started as a Kickstarter campaign in October 2013. The game raised $1.3 million through the crowdfunding campaign. It scored 76 out of 100 on Metacritic, a review score aggregator.

Miller said he is very excited about the future of VR. He said Obduction is just the beginning of Cyan’s projects in the VR market, as he hopes that future titles will fully take advantage of the immersive strengths of VR.

“I think that’s what other developers should be doing as well,” Miller said. “For someone who has been in business as long as I have, I am getting excited. This isn’t dragging me in. This is what gets me up in the morning. It’s an interesting pivot point in technology when things start to change. It’s invigorating to be on the cusp, which is where we have always been.”