The launch of the limited-edition NFTs will pave the way for the future of digital ownership in gaming, the companies said. Blankos Block Party is a multiplayer party game featuring digital vinyl toys known as Blankos that live on a blockchain, the transparent and secure digital ledger technology.

NFTs can be used to uniquely identify digital items, and so the NFTs can prove verified ownership and authenticity for items such as the Burberry items in Blankos Block Party. Mythical launched early access on the PC for its Blankos Block Party open-world multiplayer game during the Electronic Entertainment Expo (E3) in June. And Mythical also raised $75 million in funding and it recently launched a NFT deal with musician Deadmau5.

The new Burberry Blanko is a shark character named Sharky B, and it has Burberry’s new TB Summer Monogram. It is inspired by the brand’s Animal Kingdom house code. It’s an NFT character that can be purchased, upgraded, and sold within the Blankos Block Party marketplace. The marketplace is in its beta testing stage now.

The big benefit of the NFT technology is that it can verify authenticity and be resold. The original creator, in this case Burberry, can make money from a royalty each time it is sold.

As part of this collection, Burberry will launch its own branded in-game NFT accessories, including a jetpack, armbands and pool shoes, which players can apply to any Blanko they own. Sharky B can also be trained to master an array of powers, including speed and agility, ensuring both the toy’s uniqueness and rarity. 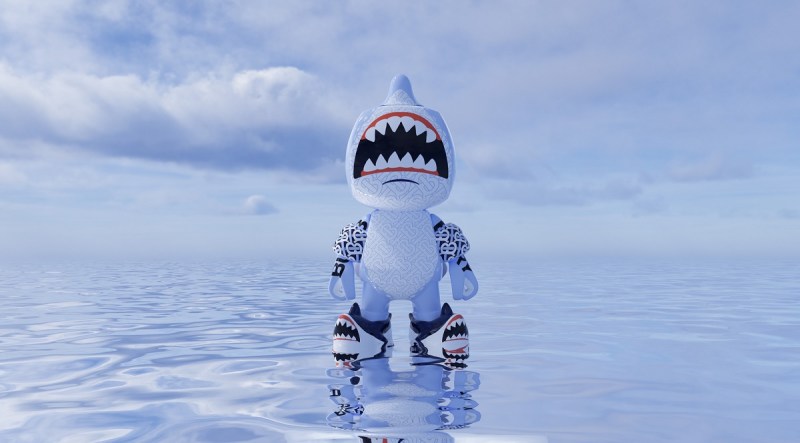 Above: Burberry has a limited number of NFT characters for sale in Blankos Block Party.

She said that the Burberry x Blankos collaboration is a first for both our companies — the first NFT collection for Burberry, and the first luxury brand in Blankos Block Party.

This will be the first digital item to be released as part of Burberry’s B Series, a series of limited-edition product drops available on Burberry’s channels that combine moments of inspiration and discovery. With the Blankos B Series drop, Burberry is empowering gamers to own an NFT from the new collection and actively engage with its house codes.

The limited-edition Burberry Blanko will be available for in-game purchase to all Blankos Block Party players worldwide on August 11.