Mythical has revealed the gameplay for its Blankos Block Party free-to-play online game coming for the PC later this year. Developed in partnership with United Kingdom studio Third Kind Games, Blankos Block Party is a massively multiplayer online world for platforming fans, with a dose of do-it-yourself modding thrown in. The company showed the press a demo in which we watched a developer play in the DIY world.

With Mythical’s blockchain-based game engine, players can make purchases in Blankos and actually own the things they buy and make money from them. (Blockchain is the secure and transparent decentralized ledger that can be used to verify the veracity of a digital object and who owns it.)

Players can register their accounts now for the chance to be part of the beta, coming later this year. 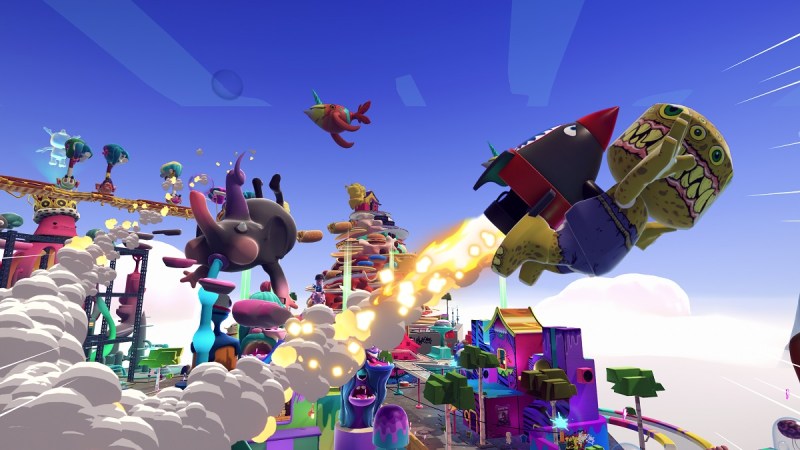 Blankos Block Party is about mischievous vinyl toys called Blankos and what happens when people leave them alone in a room. Kind of like in Toy Story, the toys come to life. And players can create and design an infinite number of party games using Mythical’s builder tools, such as minigames or even shooters, all within the same game world. It’s a bit like Roblox in that way, though the characters aren’t as blocky as they are in that virtual sandbox.

Every toy character collected along the way can be leveled up to gain skills and unlock customization options. Mythical is also partnering with artists, designers, and creators to create exclusive and collectible Blankos. In this player-owned economy, Mythical is legitimizing the type of “gray markets” that form around game communities, said chief creative officer Jamie Jackson in a press briefing.

Blankos Block Party is planned for launch on PC later in 2020. The Mythical platform could also be used as the foundation for other games. Mythical founder and CEO John Linden is a former Activision executive, and the team has worked on games such as Call of Duty, World of Warcraft, Guitar Hero, DJ Hero, Marvel Strike Force, Skylanders, and The Walking Dead.

Third Kind Games is an independent U.K. game studio based in Leamington Spa. 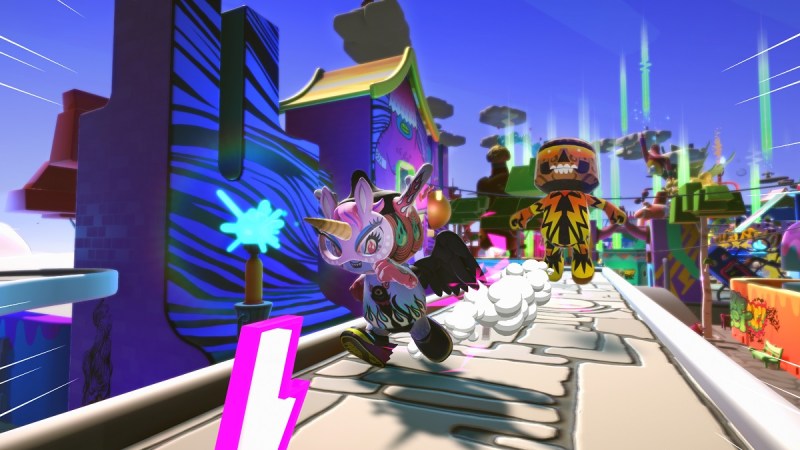 Mythical describes the multiplayer world as a giant block party where friends can meet, go on dares with their squad, take on daily challenges, and more. Blankos competes with other user-generated worlds, such as Minecraft and Roblox, but adds twists. One of these is that you can modify your characters to have unique looks and identities.

The game is launching with a variety of modes — including Racing, Tag, Collection, and Shooting — on both Mythical-created maps and player-created levels.

The Junction is a social hangout space, a single-player hub, and the place where you can get gigs. You can complete missions and get rewards, including XP points. The Junction is where Blankos have been hanging out for years, per the lore, but nobody really knows why. You can walk around or teleport to different locations, like the tops of big structures. You go to any location as long as you can figure out a way to get there.

The Bazaar is a shop where you can buy things from Mythical. During a given season, you can access unique items created by the developers. Once the season is over, those items or quests are no longer available. Each season will feature daily, weekly, and monthly challenges. You need to get powerups to give you special abilities, like bashing in combat. You can get attachments that help you fly, as long as you have powerups. You can hang out with friends or engage in minigames.

The Depot is a place where you get user-generated content, as created by other players. You can set up filters for the things you like.

You can play a shooting game with toy guns that fire balls in rapid succession, taking out other players and respawning quickly. Speed runs require you to get through a platform obstacle course quickly. The place will be moderated for bad behavior. For those who want to be creative, the game has a build mode.

Above: Blankos Block Party has a Depot where players can share their own creations with others.

“Imagine being able to be able to sell all the things you spent money on in a game that you don’t play anymore and then you can reuse that money,” Jackson said. “I’m in. Sign me up.”

He added, “We think digital ownership is the future. There are so many gray markets that exist around other games. There are a ton of transactions that happen outside of that. It’s kind of difficult to do. You have to be savvy and brave enough to transact outside the game.”

You can play with a variety of Blankos characters that you can customize with personalized designs, rare attributes, and styles that spin off into unique combinations. You can design and share your own custom worlds using a large catalog of in-game assets. The company is working with some prominent artists on game content, including James Groman, Tara McPherson, Pete Fowler, Jon-Paul Kaiser, and Junko Mizuno.