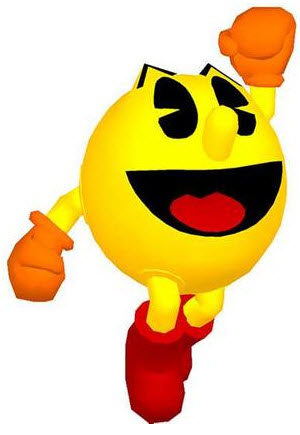 There is life beyond Pac-Man. Namco Bandai Games is famous for the quintessential video game of the 1980s. And that game has helped the Japanese game publisher break into new mobile and social game markets. But the core belief at Namco Networks, the U.S. arm of the company in San Jose, Calif., is that it can create new kinds of games that will help accelerate its growth in the hot parts of the video game market.

One example is The Wolfman Mobile Game, which Namco Networks launched this week in anticipation of a new movie coming from Universal Studios on Feb. 12. The movie, starring Benicio Del Toro and Anthony Hopkins, is the first in a series of revivals of Universal’s classic monster franchises, and it represents Namco’s first attempt at making a game based on a movie. The game is available on feature phones, the BlackBerry, and Windows Mobile platforms and will soon be on Android and Sidekick phones.

“This is the start of something good for us,” said Chris Lucero, manager of business development and licensing at Namco Networks. “We are going to establish a presence in games based on licenses from sports, film, and TV.”

By itself, the Wolfman game is not a big deal. But it could lead to bigger and better branded games for Namco Bandai, and it’s a sign that the competition is only going to grow as bigger companies get serious about the mobile and social games space.

Namco Bandai is as traditional as they come. The company was founded in 1955 and launched Pac-Man as an arcade game in 1980. It merged with Bandai in 2006 and is still rolling out lots of console games, such as the recent Tekken 6 console game. In its last fiscal year, Namco posted $4.7 billion in revenues. In the U.S., it diversified into PC games such as Flagship Studios’ Hellgate: London, but that game didn’t sell that well. 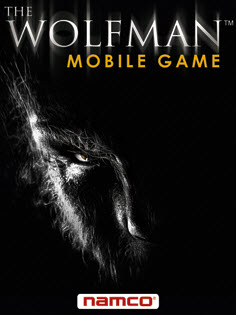 So far, the new stuff is just a blip in the company’s overall revenue picture. But the mother ship has to move into new markets because traditional gaming is changing. The company recently announced it is laying off 600 employees, amid losses.

New audiences are developing on a variety of new platforms, from Facebook to the iPhone. And Namco has to be there. Namco is already a big player in mobile games. Like Electronic Arts, Glu Mobile, Digital Chocolate and Gameloft, Namco is one of the leaders in mobile games, thanks in no small part to popular mobile versions of its Pac-Man franchise. It uses Pac-Man to promote the other games that it is launching.

“We are just as big as those other companies are, and it’s about time we showed that,” said Rob Schoeppe, senior director of production and deployment.

Namco launched 25 iPhone games in 2009 and it has 20 more planned for this year. It is planning 15 more mobile games this year. The company launched 10 downloadable PC games in 2009 and 15 Flash-based free games as well. For 2010, the PC division will focus on Facebook integration and building an online community.

The mission is reflected in the latest people hired at the company. Lucero was a business affairs associate at United Talent Agency in Hollywood. To keep up, he read every script in town and tried to figure out how to exploit them as properties. At Namco, he helped secure the rights to make mobile games based on the upcoming movie The Wolfman. 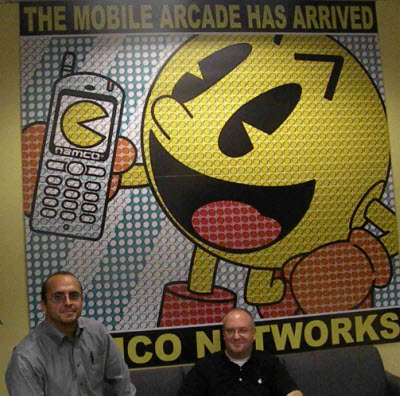 And back in August, Namco Networks hired Jonathan Kromrey, who formerly worked in the iPhone division at Apple. His job as general manager of Apple games is to create iPhone games based on both existing Namco properties and new games as well. David Schwartz, meanwhile, heads the PC division that is making games for Facebook, web sites and other social networks. They’re among the couple of hundred or so employees based in San Jose, and there are hundreds more in locations such as Japan and Romania. (Schwartz is pictured left; Kromrey right).

These new folks are focusing on making games for broader markets, not just hardcore gamers. They’re creating games with more appeal to women and are casual affairs that don’t take a lot of time to play. There have been no giant original hits so far, but it’s still early.