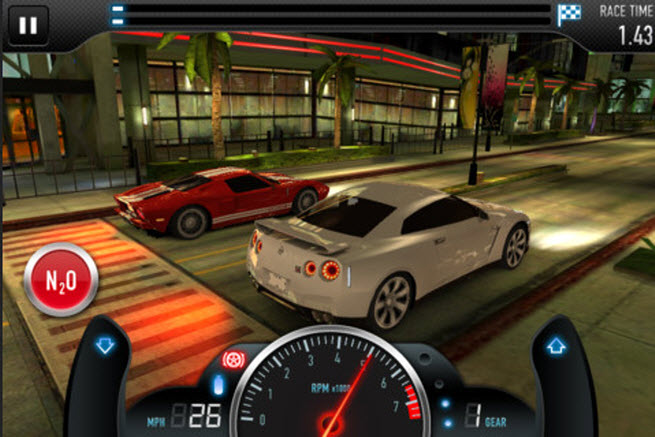 NaturalMotion is on a tear with its latest iPhone game, CSR Racing, which is generating more than $12 million in revenue per month. It’s doing so well that the company has acquired the game’s developer, the Boss Alien game studio in Brighton, England. 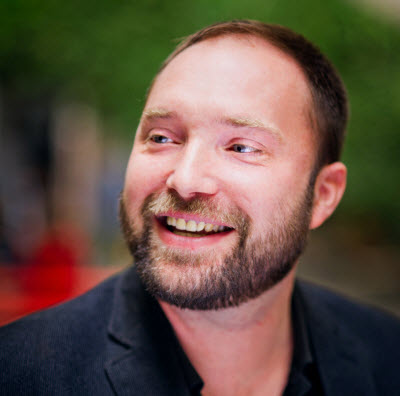 Of course, the game has only been out for six weeks, and the data is based on one full month’s worth of revenues. We can’t exactly extrapolate and conclude that the game will generate $144 million in a year’s time. But CSR Racing, which features beautiful 3D graphics, is the world’s top-grossing game on iOS (iPod Touch, iPhone, and iPad). Oxford, England-based NaturalMotion is focused on developing high-end 3D games as well as publishing those created by external developers. The success shows that the top games on the App Store are starting to generate some serious money.

CSR Racing is its seventh title in a row that has hit the charts for the company. The last one, My Horse by developer Munky Fun, was also a big hit for its realistic depiction of horses in a 3D environment. Torsten Reil (pictured above), the chief executive of NaturalMotion, said in an interview with GamesBeat that the company will increase its number of releases and now has six titles in development.

Apple showed off CSR Racing at its Worldwide Developer Conference in June, and the game launched as an exclusive on iOS on June 28. The free-to-play game makes money through the sale of licensed cars, which are selling at three times the rate of car sales in the real world. Reil said the company doesn’t spend much on marketing and that its titles go viral through word of mouth.

“This is a validation of the approach we are taking of doing console-quality games that are free to play,” Reil said. “The market is moving from 2D games to 3D games fast. The 3D games can generate more revenues with much higher margin.”

The Boss Alien studio is operated by former Disney Black Rock studio executives Jason Avent and Tim Swan. They will continue to run the studio as a stand-alone division. Terms of the deal were not disclosed.

“The entire Boss Alien team is excited to be joining NaturalMotion. We share the vision of creating amazing games that reach millions of people,” said Avent. “We’re very proud of what we’ve achieved together with CSR Racing, and now we’re focused on growing our studio and creating more hit games.”

“Our vision from the outset has been to focus on making games that people want to play – and to go viral through quality. Our combination of deep free-to-play monetization insights with polished gameplay and high-end 3D graphics generates margins impossible for the old type of 2D resource management games, especially those who have to aggressively spend to buy players.” said NaturalMotion CEO Torsten Reil. 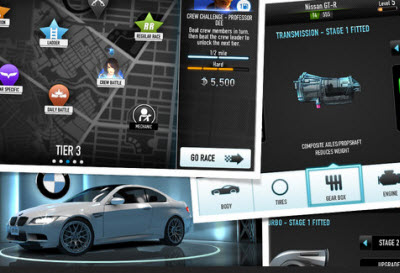 NaturalMotion was founded in 2001 and initially created game development tools such as Euphoria and Morpheme to enable game developers to build realistic characters that look and move like real people. The tools have built-in physics so that motions look accurate and interaction with the characters seemed flawless. Many game makers licensed the technology.

But NaturalMotion tried without success to take on the giant of the sports game business, Electronic Arts, and its flagship title Madden NFL Football. NaturalMotion made a console game called Backbreaker Football, which featured brutally realistic football tackles. The concept was good. But when it debuted, the game was full of bugs, and critics panned it in 2010. NaturalMotion released a bug fix that cleared up many of the problems, but the game never recovered.

The company pivoted into the iPhone and iPad game business to get its second life in digital games. Using an outside developer, the company released a 99-cent version of Backbreaker on the iPhone in 2010 and saw millions of downloads. It then created a new studio, NaturalMotion Games, to develop iPhone games and launched games on the App Store such as Backbreaker 2: Vengeance, a sequel to the football title; and Jenga, based on the board game. Both feature cool physics simulations that had never appeared on a handheld device.

It published the Munky Fun title, My Horse, in 2011 and saw huge revenues from it. Reil said that each new title is giving the company more knowledge about how to handle monetization and gameplay loops. The company recently raised $12 million from Benchmark Capital in a second round of funding so that it can try to become the No. 1 iOS game company, Reil said. Competition includes Electronic Arts, Zynga, Epic Games, Gameloft, Glu Mobile, and many others.

Reil said that CSR Racing is growing revenues even faster than My Horse, and the company isn’t spending a lot of money on user acquisition, which is a big hurdle for a lot of iPhone game companies.

“The others have cash and will battle it out with user acquisition spending,” Reil said. “We don’t want to play that game.”

A multiplayer version of CSR Racing is coming later this summer, and Reil believes that will boost the game further. The firm now has 160 employees in Oxford, London, Brighton and San Francisco.

“We’re expecting the game to sustain its revenues through in-app purchases,” he said.

NaturalMotion isn’t yet tempted to move to Android or other platforms.