NBCUniversal is announcing six finalists for its Universal GameDev Challenge, where it asked indie game developers to propose games based on its brands such as Back to the Future, Jaws, Battlestar Galactica, Voltron Legendary Defender, and Turok.

More than 500 indie game developers submitted entries in the contest, which carries a $250,000 prize and a rare chance for an indie to make a game based on a Universal license. The six finalists are Mick Heijkens, Tom Breuer, From the Future, Gbanga and Millform, Alexander Ferguson, and Mikkell Khan.

I’m one of four judges who evaluated the entries in the contest. 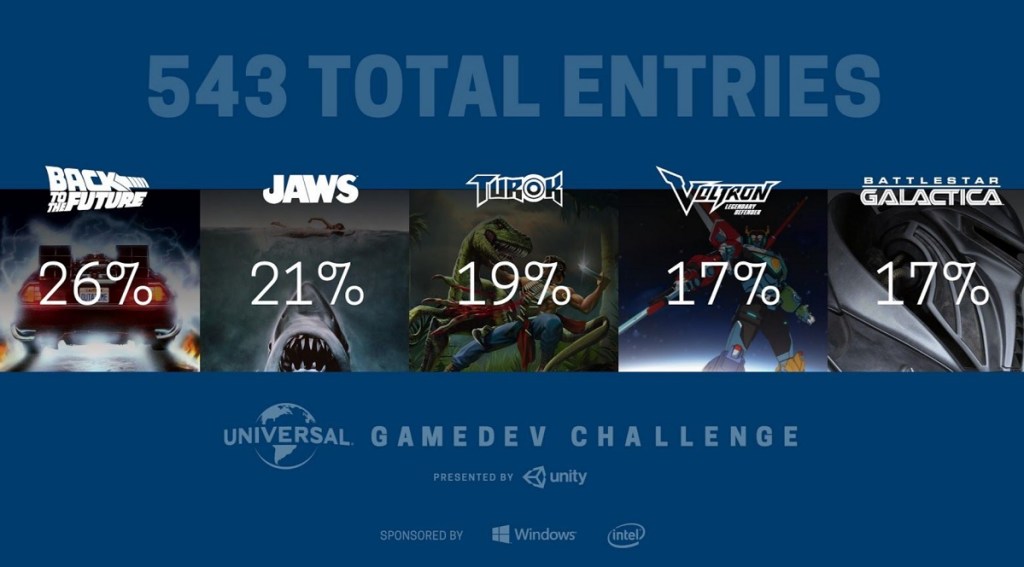 Above: Most of the contest entries came in for Back to the Future.

Co-sponsored by Intel, Microsoft, and Unity Technologies, the contest was announced in March at the Game Developers Conference in San Francisco. Chris Heatherly, head of games at NBCUniversal, described the contest as an attempt to garner the creativity of indie developers in a once-in-a-lifetime chance to work on a game based on a Universal brand.

Besides me, the judges included Bob Gale, an Oscar-nominated screenwriter-producer-director, best known as co-creator, co-writer and co-producer of the Back to the Future films; Kate Edwards, CEO and principal consultant at Geogrify, The executive director of Take This and former executive director of the International Game Developers Association (IGDA); and Lauren Montgomery, co-executive producer at DreamWorks TV and showrunner for DreamWorks Voltron Legendary Defender.

Developers had six weeks to submit their entries on Unity Connect, and the entries came in from 60 countries. I was impressed with the variety of pitches and game types that came in.

Back to the Future inspired 26 percent of the 500 entries, followed by Jaws, Turok, Voltron Legendary Defender, and Battlestar Galactica.

“As I started the judging process for the Universal GameDev Challenge, I had my eye on four factors: creative use of the brand, gameplay and narrative design, capability and integration of tools,” said Edwards. “I was incredibly impressed by the intricately woven narratives within the pitch videos and game design documents that the finalists submitted. We’re lucky to have a group of truly talented creators in the running and I can’t wait to see how their ideas come to life.”

The six finalists will move on to phase two of the challenge, where they will be invited to join the VIP Mentorship Summit, a three-day event of training and workshops at Universal Studios Los Angeles where they will meet with Universal leadership, Unity evangelists, Intel and Microsoft developer mentors, and more.

“The Universal GameDev challenge is a fantastic approach to ‘get it right.’ Instead of just selling a license to a high bidder and hoping for the best, Universal went directly to passionate game designers and gave them the opportunity to choose a property that got them excited as a jumping off point to work their magic,” said Bob Gale, co-writer of the Back to the Future films, in a statement. “And magic happened! The submissions were full of creativity, imagination, and originality, along with respect and love for the underlying IP. I only wish we could have had a dozen winners because there were so many intriguing proposals.”

These six developers have 2.5 months to develop a working first playable build of their winning concepts. Along the way, they will be sharing their progress on Unity Connect, building relationships with the development teams at Microsoft, Intel, and Universal, for the final reveal at Unite LA on October 23rd.

“During the Universal GameDev Challenge finalists selection process, I was amazed at the creativity exhibited by the competitors,” said Lauren Montgomery, co-executive producer at DreamWorks TV, in a statement. “Each pitch had its’ own unique vision and seeing such incredible creators who were inspired by these properties was a very rewarding experience. I look forward to meeting with all of our finalists in July.”

In more detail, the five finalists are:

Backpack to the Future

Developer: Mick Heijkens
Description: A third-person adventure game where you backpack through time using a portable time machine. Marty McFly is split in two, existing in two places at once. You have to be wary of a time paradox where Marty must not see himself. 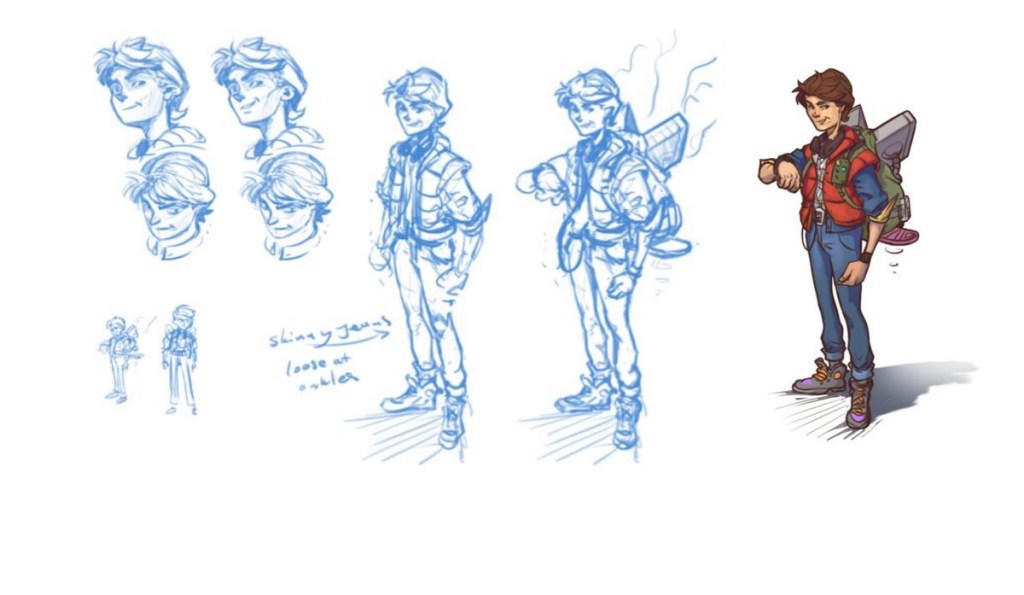 Above: Backpack to the Future

Back to the Future IV – Time Anomalies

Developer: Tom Breuer
Description: Doc and Marty McFly are back in a time travel game where they use a locomotive to navigate through the ages. You’ll have to switch random objects between the ages before time anomalies expire. 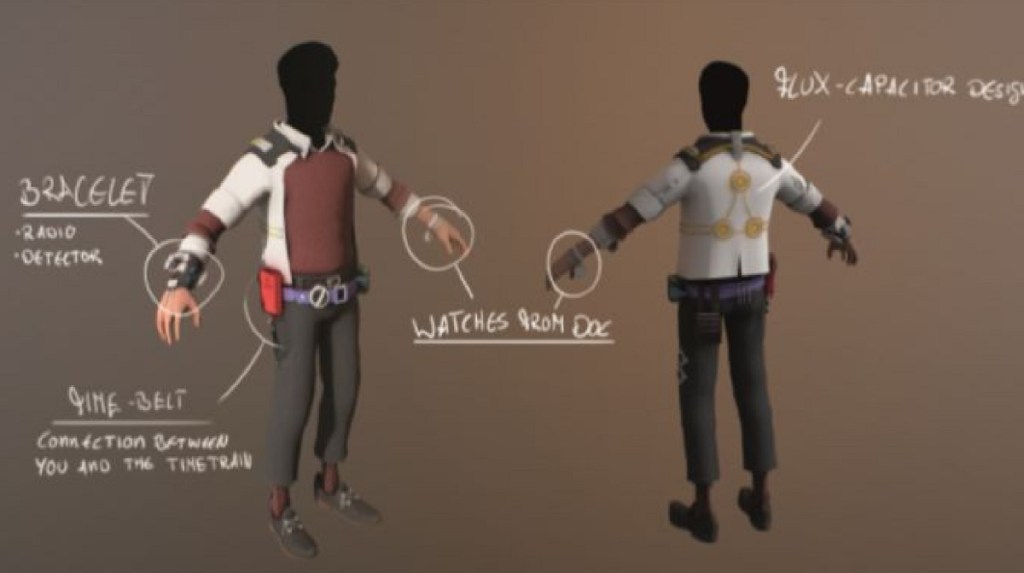 Above: Back to the Future IV: Time Anomalies

Developer: From the Future
Description: This is a co-op first-person shooter where you fight in space against the Cylons and then battle with them on the ground as well. You’ll have to cope with Cylon spies. 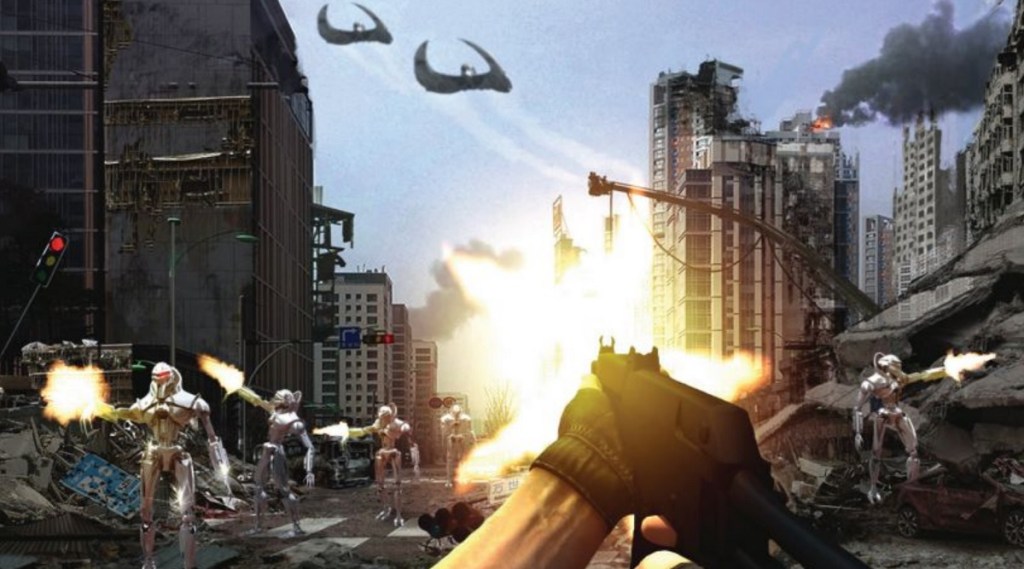 Developer: Gbanga, Millform
Description: This is a real-time strategy board game, akin to chess except you’re battling with small cubes in multiplayer combat. 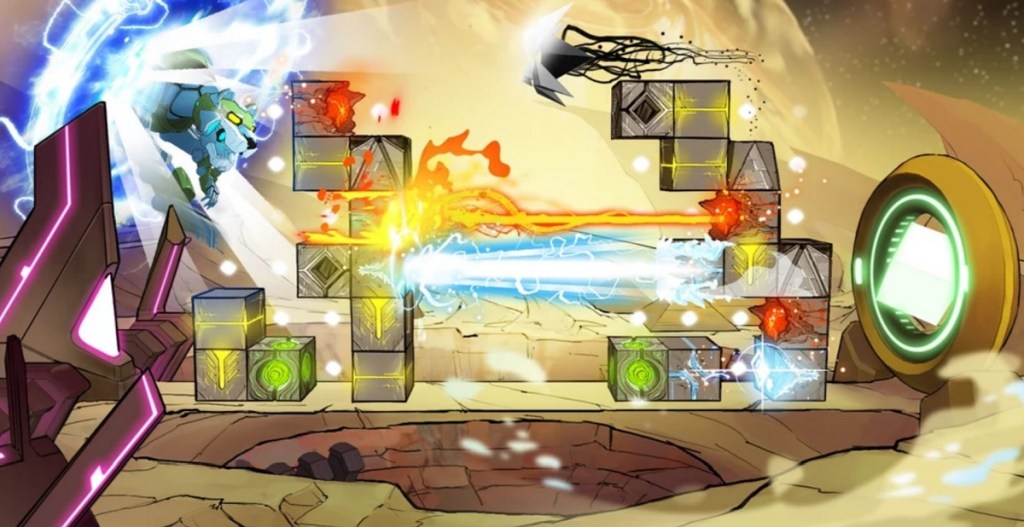 Developer: Alexander Ferguson
Description: A top-down shooter that takes you back to the days of the dinosaurs. You play as Turok and fight moment-to-moment real-time battles against dinosaur bosses and other threats. If you die, another Turok rises as a replacement. 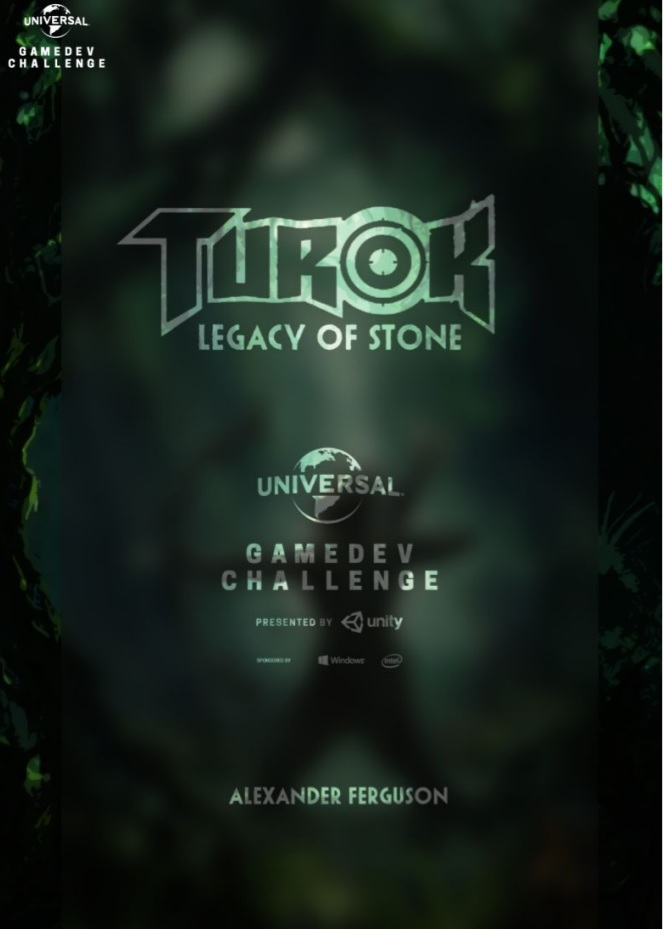 Above: Turok: Legacy of Stone

Update: Jaws: The Video game was removed from the competition.