South Korean online game giant NCSoft is investing $5 million in a new game studio in Vancouver, Canada, as part of an ambitious plan to move into mobile games in the West. The new studio, This Game Studio, was created by former veterans of Exploding Barrel Games and its parent company, Kabam.

NCSoft made its name as a publisher of massively multiplayer online games such as Lineage and Guild Wars. But those games, while still popular, don’t have the same kind of growth potential as mobile, which is expected to grow beyond a billion players and generate $30 billion in revenues in 2015. NCSoft has explored investments in the past, but it hasn’t been as active as other Asian companies such as Nexon or Tencent.

That’s about to change. For, as we all know in the game business, the Asians are coming.

Michael Chang, who was recently appointed senior vice president of corporate development at NCSoft West in San Mateo, Calif., said in an interview that the new studio has veteran founders who have had a lot of success building a good team and hit games. Among them is Marvel: Contest of Champions, which Kabam just announced was downloaded more than 30 million times and would be adapted to the Chinese market. Exploding Barrel Games also worked on the Fast and Furious game for Kabam. And before that, it built the Margaritaville social game for THQ.

“This is part of our desire to work with some of the best mobile-game developers in the world,” Chang said in an exclusive interview with GamesBeat. “You will see us become more active on investments and acquisitions in the West. This is our first exposure to the Canadian game development community.”

Chris Ko, a cofounder of This Game Studio, said in an interview that the company has around eight to 10 employees and is actively hiring. It is also in discussions to secure licenses and partnerships with big entertainment companies that own intellectual property that could be used in games. That’s a hot topic these days as the Marvel success showed.

The founders include Chris Ko, formerly the general manager for North America at Kabam, and three veterans of Exploding Barrel Games in Vancouver — Scott Blackwood, Heather Price, and Ian Szufnara. Ko said the goal is to reach 30 employees by the end of the year. 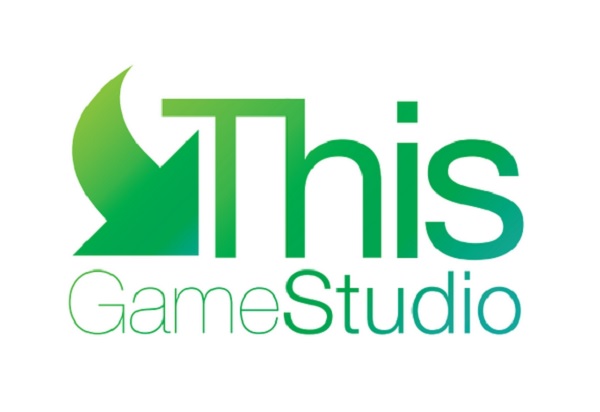 Above: This Game Studio

“Our focus is on building fun games first, and profitable ones,” Ko said. “We want games that are fun and engaging with sensible monetization. We’ve made games for 20 years, and we have a specific philosophy about doing them in a way that is creative. We think there is a way to build a successful game and build a studio. We are grateful to Kabam and [have] learned a lot. ”

Kabam has more than 100 employees at its Vancouver studio, which was built around the acquisition of Exploding Barrel Games. Ko said the team decided it wanted to work in a small studio environment where they could “touch” game development, or be actively involved in the making of games. That’s more fun than helping to run a large studio, according to the team.

“We wanted to touch a lot of product and control everything intimately,” Ko said.

Ko said his team believes there will be an expansion of the hit genres beyond what has succeeded in the market so far, which has been limited to strategy, casual puzzle, casino, and simulation games. The rest of gaming has a lot more genres, and there’s no reason why mobile should be different in that respect, Ko said. By going after new types of genres, NCSoft and This Game Studio hope to broaden the reach of mobile games and avoid the “red ocean” competition in crowded genres.

“While we see some great developers with great games that have been in the top 25 for as much as three years, we do not see anyone holding a permanent monopoly on the top 25,” Chang said. “Not Supercell, not Machine Zone, not King, not EA. There still remains the opportunity for a new generation of mobile game studios to come to the forefront.”

The emergence of licensed games, such as Glu Mobile’s hit Kim Kardashian: Hollywood, is currently the rage. This Game Studio will go after both original games and licensed properties, Ko said.

“We are in conversations with the licensors,” he said.

In fact, Chang noted there are entrepreneurial teams that are leaving the large, successful digital game companies, such as Riot Games, Zynga, Supercell, King, Gree, and Kabam. He believes these new teams have a shot at doing even better than their predecessors.

“This Game Studio is representative of this phenomena, and NCSoft is pleased to back the company as it grows,” Chang said.