NeoEdge has raised $4 million in a new round of funding for its business. The company has both an ad network and a platform for placing video ads in casual downloadable games on the PC. And with this new funding, it plans to offer its own exclusive games for the first time — acquiring rights to games and publish them under the NeoEdge brand.

The first institutional round of funding shows that, even though the recession has hurt ad spending, NeoEdge has been able to grow its business enough to justify the new investment, said Dan Servos, president and chief executive of the Mountain View, Calif.-based company. 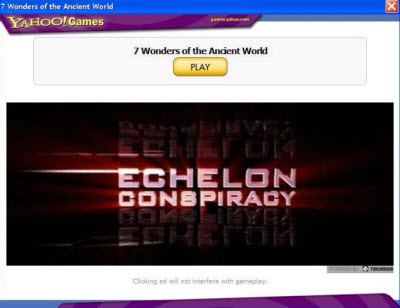 The money came from an interesting source. Vanedge Capital co-led the round with Jefferson Partners. Vanedge is a new venture firm with offices in Vancouver, Canada, and Shanghai. It was started earlier this year by Paul Lee and Glen Entis, two former development executives at Electronic Arts. They are focusing on investing money in video game and digital media companies. Servos said NeoEdge chose Vanedge and Jefferson because of the deep relationships that they brought to the table.

While rivals such as Wild Tangent can do ads at the beginning or end of a game, NeoEdge focuses on putting 15-second to 30-second video ads into the middle of a game (see this demo), such as when a gamer completes a level. [Update: A Wild Tangent spokesman said that Wild Tangent can do mid-game ads but chooses not to do so because gamers don’t like them]. These video ads can run across a full screen. Servos said the company has gained good traction during the past 18 months. Its ads run in 470 games from more than 50 game publishers, such as Big Fish Games and Yahoo Games. The advertisers include a variety of Fortune 500 companies such as NBC Universal.

The recession has hurt CPM rates (cost per mil, a measure of how much an advertiser pays per 1,000 views). Advertisers who once paid $20 CPMs now pay $15 CPMs. But Servos said that NeoEdge has been able to grow because it has added sales people in New York, Los Angeles, Toronto and Chicago. Those people have relationships with ad agencies and major brands that sponsor a lot of web advertising.

As a result, revenue has been growing since January, and Servos said that his company can get as much as $30 CPM for targeted ads. Servos said the company’s own studies have shown that brand awareness can go up 30 percent to 50 percent as a result of running campaigns in the company’s ad platform. The games of the past 30 days include Aloha Solitaire, Luxor2, 7 Wonders (above), Bouncing Balls, and Monopoly.

Alex Terry left his post as chief executive of NeoEdge in May, after the board decided to make some changes. Nolan
Bushnell, the founder of Atari, has also left his post as chairman of NeoEdge in the wake of this funding. The new
chairman will be Paul Lee, while Entis will join the board too. Byron Lee of Jefferson Partners is also joining the board. After Terry left, Servos became CEO. He previously headed business development for NeoEdge