The top speedrunners — people who challenge themselves to finish games as quickly as possible and frequently puts these runs on YouTube — can finish a classic game like Super Mario Bros. in under 5 minutes [check out the one such run in the video below]. While some use special tools to accomplish this, others spend lots of time practicing and memories patterns: where to dash, where to jump, and so on.

The upcoming NES Remix 2 (coming out April 25 for the Wii U) packages a bunch of challenges from classic 8-bit and 16-bit Nintendo games — goals where you kill a specific amount of enemies or solve a puzzle in a short timeframe — such as Super Mario Bros. 3, Kid Icarus, and Dr. Mario. But its best part may not be any of the minigame riffs — it has a full reproduction of Super Mario Bros. that stars Luigi, not Mario, and it plays like it’s from Bizarro World. Not only does it feel like a hangover from the now-complete “Year of Luigi” (Nintendo’s year-long celebration of the character that featured games starring the green-clad plumber), this take on the classic Mario game is ass-backward. Literally.

You play each stage from right to left instead of the traditional left to right, and the level flows backward from the original end to its beginning. It’s otherwise a complete re-creation of Super Mario Bros. And Luigi’s jumping mechanics are different from Mario’s (he jumps a little higher), and this also serves to throw off your timing.

And I felt as clumsy as Bizarro when I played it as well. The confidence I usually feel when I start my run on World 1-1 in Super Mario Bros. evaporated as my mind tried to grasp with the backward presentation. Yes, it’s been years since I’ve played classic NES games (as I demonstrated when I flailed and failed at a Dr. Mario challenge earlier in the demo), but gosh, I’m not so bad that I can’t get through the first stage of Super Mario Bros. without dying. 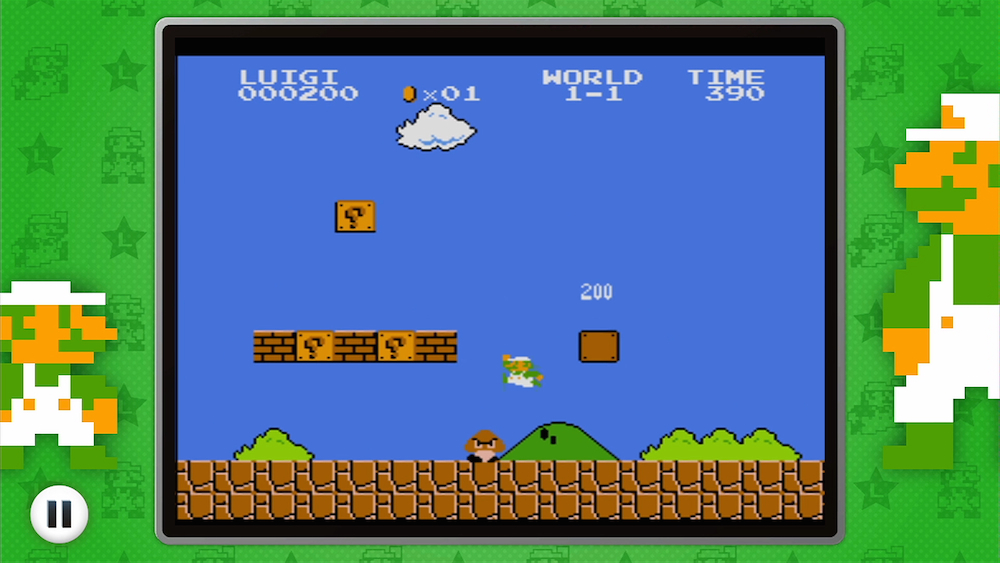 Above: Even the question marks are backward.

Apparently not. I died on the second set of Goombas.

This backward perspective gave me fits — and it’s going to drive speedrunners crazy as well. Those who specialize in Super Mario Bros. know the best place for every jump, for every dash, or every Goomba smash. And it’s just weird to figure out those same places in a mirrored version of one of the most important games of all time.

It’s going to take some time for speedrunners to adjust. And adjust they will — this reflected version of Super Mario Bros. is so clever that people will want to boast of their successes. It’s turning something many of us know, love, and know almost as well as our own address and makes it foreign — and yet familiar.

Even if it’s ass-backward.