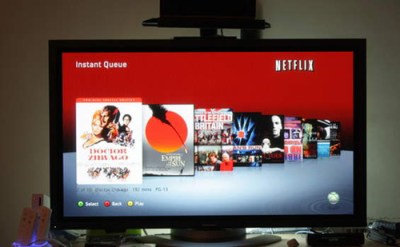 Netflix today spun off its mail-order DVD business into a new service called Qwikster, which will include mail-order video game rentals. Given Netflix’s immense success with the movie business, you might expect the games rental business to fare just as well.

But this is not the early 2000s, and the game rental service will face stiff competition from what might be one of the biggest revolutions in gaming since the advent of digital distribution: cloud gaming.

“It’s definitely a short game,” he said. “It’s likely that the game rental by physical mail companies will be an early victim or an early sector to be replaced by games on demand.”

Cloud-based gaming companies like OnLive, Gaikai and Otoy are all working on different ways to “stream” video games to computers through the Internet. It basically amounts to running a game (or part of a game) on a remote server and then streaming the video data from that game to a browser or client that the player can interact with. Those servers have the advantage of carrying some beefy hardware that can run games with better graphics and at higher frame rates. With the processing located in the cloud, that means players can play these games on any streaming-capable device, such as tablets and potentially smart televisions, without requiring powerful processors. All you need is a decent internet connection.

Services like OnLive are still in their infancy, but they show a lot of promise — particularly with high-profile launches of games like Deus Ex: Human Revolution (which I played through exclusively on OnLive without too many issues). OnLive has also secured deals with THQ to launch Saints Row: The Third and Batman: Arkham City, two of the most anticipated games of the holiday season, at the same time they launch in retail stores. OnLive was last valued at $1.8 billion in February after a funding round led by Taiwan-based smartphone manufacturer HTC.

With cloud-based games, gamers don’t have to wait for them to arrive in the mail. They can play those games at 12:01 a.m., as soon as the games pass their official release date. Hastings himself should know that, based on his experience with movies: He said Netflix would thrive on a “streaming only” model thanks to the company’s success in launching Netflix as a streaming-only service in Canada. “With the strength of streaming only internationally, we got convinced that we can thrive on streaming only,” he said in the company’s most recent earnings call.

Hastings also said that there was a place for the company’s mail-order DVD business and that it could succeed “for a long time” if it were given the resources it needed. That could indicate that Hastings also saw the mail-order DVD business as a short-term game as the company rapidly began expanding its streaming service — which has a lot of traction thanks to its presence on video game consoles like the Xbox 360 and Nintendo Wii, he said on the company’s recent earnings call.

But Netflix has a massive infrastructure for its mail-order DVD business, which it can simply duct-tape game rentals onto, Perlman told VentureBeat. That could give Netflix a quick, early advantage over other mail-order game rental services like Gamefly and Blockbuster. Even OnLive chief executive Steve Perlman (pictured left), one of Netflix’s potential fierce competitors, said it was a smart move.

“They already have the distribution infrastructure in place for discs in the mail, and as their movie rental business declines, this can continue to make use of that infrastructure,” Perlman said.

There will always be a place for retail sales because they don’t require an Internet connection and because game publishers have some skin in the game, Pidgeon said. There’s also some wiggle room in the physical game market due to some early growing pains streaming services like OnLive face. Those services require fast internet connections and the quality of the service varies from place to place across the country.

And there’s the charm of opening a game for the first time and smelling a freshly-printed disc.

“If they follow the same rental market model, and don’t innovate, then it’s same old same old, but I’m not convinced that they’re that stodgy quite yet,” Double Fine productions — the company behind games like Brutal Legend — vice president Zack Karlsson told VentureBeat. “Don’t underestimate people’s desire to put a disk in the console, particularly the enthusiast.”

Netflix has a good track record even before spinning off its mail-order rental service. The company’s net income rose 57 percent to $68 million in the second quarter this year from $44 million in the same quarter a year ago. The company expects to have between 14.6 million and 15.7 million domestic DVD subscribers and between 21.6 million and 23.3 million domestic streaming subscribers by the end of the third quarter this year.

But the company will still have to tread carefully, even if mail-order rentals are a short game, Pidgeon said. And while cloud-based gaming is still in an “early adopter scenario,” Pidgeon said on-demand games would begin to make their mark on game distribution within the next 5 years.

“We all know that enough people have taken a swing at it and Netflix has been successful with disruptive business before — witness the demise of Blockbuster,” Karlsson said. “Netflix is going to have to get this just right or it will go the way of Used Games at Walmart.”