Lineage 2: Revolution has become one of the world’s most successful mobile games, with more than 30 million players on iOS and Android as of a few months ago. Licensed by NCSoft and built by Netmarble, the massively multiplayer online role-playing game (MMORPG) game has helped the South Korean company go global.

Publicly traded, Netmarble has a market value in excess of $8.9 billion. But it wants to get bigger, and that’s one of the reasons it intends to join the bidding for rival South Korean firm Nexon, whose owner has indicated plans to sell. Netmarble hopes to join a consortium of companies bidding for Nexon.

I spoke with Simon Sim, the president of Netmarble U.S., about the growth of mobile gaming, which has become $63.2 billion global market, according to market researcher Newzoo. Based in Los Angeles, Sim is in charge of Netmarble’s expansion in the U.S., which is a very different market from its home country.

I asked him his views on player boycotts, blockchain and cryptocurrency, augmented reality and virtual reality, the Chinese government’s return to approving mobile games in China, the battle royale explosion, and sunsetting older games. 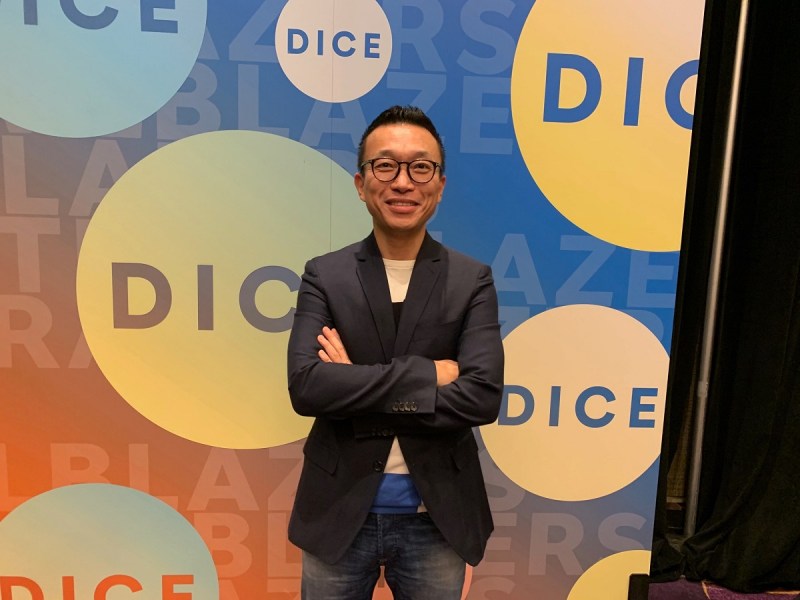 GamesBeat: What’s been some of your most recent news?

Simon Sim: A couple of things. We’re expecting more games this year and next year. Some games we’ve already announced that will launch within this year, like King of Fighters All Star. We’ll also announce more during GDC and later on.

GamesBeat: Is that activity still mostly in the mobile space?

GamesBeat: I saw that Vainglory is doing cross-platform. It makes sense for that kind of game.

Sim: A couple of other games have already announced they’ll support cross-platform, with connected progression.

GamesBeat: I’m not sure I believe that people can be equally empowered on every platform. Can mobile players keep up with PC?

Sim: Operation-wise, management-wise, it can be unfair, yeah. But a progression connection, cross-play supporting progression, could make sense. And in some genres it could be more fair. We’ll keep observing that. We’re also working toward joining the bidding for Nexon. There could be some synergies with us, so we’re working on that. 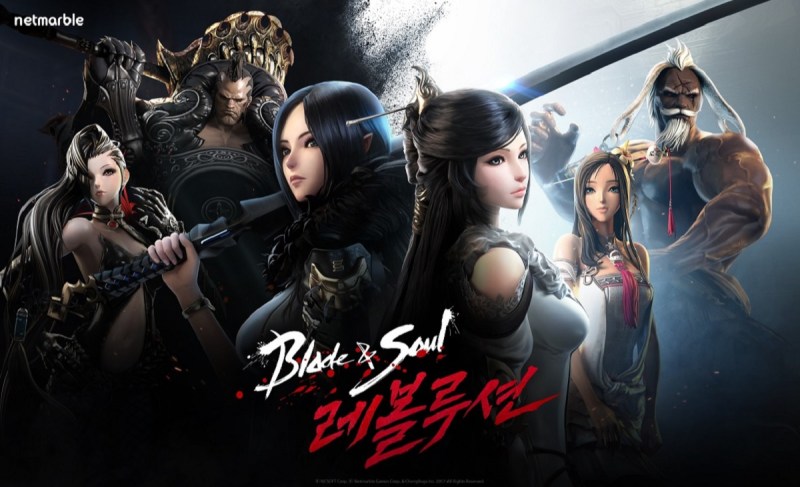 Above: Blade & Soul Revolution is one of Netmarble’s hits.

GamesBeat: What more do you have to do there? You’re already pretty global.

Sim: More than 70 percent of our revenue comes from outside Korea. We believe we’ve already become a global company. But we’re still trying to expand even more in the global market. Some of our games, we launch in Korea in Japan, but at the same time we also have titles that we believe are a good fit for the western market, or that we’re targeting specifically at the western market. For example, Project M, with Magic the Gathering, is aiming more at the western target.

That’s our strategy. Some games are globally accepted and we’ll bring those to the western market. Some games, we’ll make a western-centric, western-focused version for that market. We’re diversifying in terms of both genre and IP.

GamesBeat: It seems like Asian gamers are better behaved than Western gamers. Blizzard, with Diablo, and a lot of others—I see a lot of boycotts happening in Western games. I don’t hear so much about that happening elsewhere. With boycotts or strikes or revolts, it seems like a difficult market sometimes.

Sim: Some of that, I agree with it. Asian gamers are much more hardcore and put more time in playing their games. In esports, a lot of the top esports teams are Asian. But in other ways—in the case of Lineage 2: Revolution, Western gamers may play for less hours than Asian gamers, and may be less accepting of some mechanics. If we bring the same balance as in Asia to the western market—Asian gamers may play four to six hours a day, and we don’t see Western gamers playing as much time. So we make some balance changes and tweaks.

When we released Lineage 2: Revolution in the west, though, we found players putting in more than four hours a day, every day. With some games, our players have surprised us. Western players are starting to accept certain mechanics if the gameplay is innovative enough. We’ve learned a lot about our players through our games.

GamesBeat: As far as high-end graphics go, what do you notice from 2018 and what do you see happening in 2019? Will people really embrace that kind of game on mobile?

Sim: We’re very interested in high-fidelity games, as you know. We launched Lineage 2: Revolution in 2017. That kind of high-fidelity game is getting more and more popular. We’re seeing a lot of games with high-quality graphics launching in the western market. In 2019 we’re preparing to launch Blade & Soul Revolution. Lineage 2: Revolution had 200-player battles, a massive scale. Blade & Soul Revolution has 500-versus-500 [battles], 1,000 people fighting each other at once. The technology is very innovative, and the device specs are improving. In 2019 and beyond, high-fidelity games will be getting more and more popular.

Bandwidth is a factor, too. It’ll take some time, but 5G is starting to become broadly available. One of our challenges in that kind of massive real time battle, the packet speed and latency is a limiter. But our bandwidth is expanding and device specs are improving. I see even more massive battles becoming popular. We’re preparing to meet that expectation. 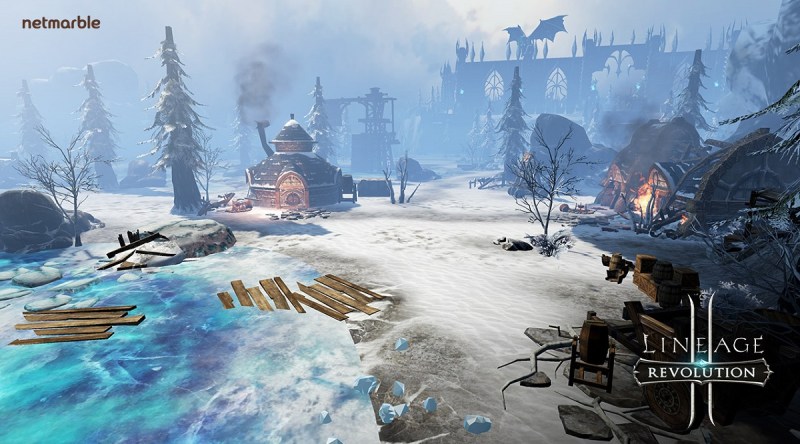 GamesBeat: Do you see a value in having that many players? It seems to be where players are heading, that they want this kind of game where they’re in an army with thousands of people battling it out.

Sim: A big challenge for us is optimizing for device specs. When we launched Lineage 2 Revolution — not just in the western market, but also southeast Asia and Latin America – we had to deal with regions that were dominated by lower-end devices. We’ve been doing a lot of optimization for those device specs and lower bandwidth. We’ll see. We’ll try to bring that core fun of massive battles to all of our users. We’re also working on optimizing for a mobile-friendly UI and UX. That’s very important.

With Lineage 2 Revolution we had automatic fighting and automatic questing. There was a lot of internal debate over that design. Auto-questing is very convenient. There are pros and cons, though. It’s convenient for a mobile device, where it’s hard to micro-manage fighting. Auto-questing made the game more accessible for mobile users, but at the same time, some players actually like that detailed management. They wanted that complete control. They felt like they were just watching the game. So there are pros and cons. But we believe that function makes our game more popular, because it reaches a broad audience through being more accessible.

We’ll keep doing that. We’re not just making PC games for mobile. We’re studying mobile-friendly mechanics and we’ll keep building those into our games. Even in something like a massive battle, people can join in and learn easily. That’s what we’ve been learning from our previous games.