One of the most popular table-top games in the world is about to make a leap into video games.

Legacy Games is working on an adaptation of the well-regarded Android universe, which includes the Android: Netrunner living card game, but the studio isn’t trying to digitize the tabletop experience. Instead, Legacy is building a new role-playing game set in the same universe as Android, and it will craw from the board games, novels, and the Worlds of Android art and background book. This is the first time anyone has tried something like this with the property, and it could help introduce the franchise to a much wider audience when the “Android RPG,” as Legacy is calling it, hits mobile devices next year as a free download.

And one of the top writers in the industry will help mold the game’s story.

Something new from something beloved

We spoke with Legacy Games producer Jamar Graham about the upcoming release at the GamesBeat 2015 Conference last week, and he helped us understand what the studio is going for. 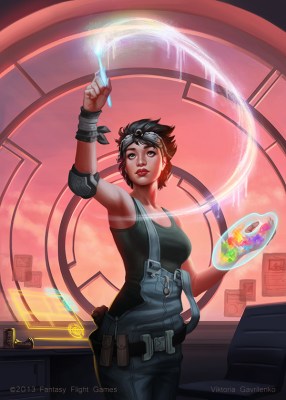 Above: Kate from the Android RPG.

“If you were to port Netrunner from card to digital, you’d have to make changes to make it compatible with the digital space,” said Graham. “That’s why we don’t want to do ports of the tabletop game.”

Graham acknowledges that fans of the card game have asked for a digital version, but Legacy is leaving that challenge up to Fantasy Flight, who handles the physical game (it took its Talisman board game and had Nomad Games turn it into a digital form). Instead, Legacy is going its own way and building something new on top of the established world.

“What we like about the Android: Netrunner game is the story, the characters, and the art,” said Graham. “It has such high production values. There is so much depth in the game and other Android titles and novels, that we want to live in that world.”

When you play the card game, you take on the role of one of the titular “runners” who tries to use cards to steal data from corporations. But you are always one step removed from that action. The cards sorta hint at and suggest that kind of hacking. But Legacy wants to put you directly in control of that kind of gameplay.

“In our game, your character will physically do that,” said Graham. “You are getting past the corporation’s ice and protectors and you’re gaining skills, abilities, and powers to steal the data and sell it.” 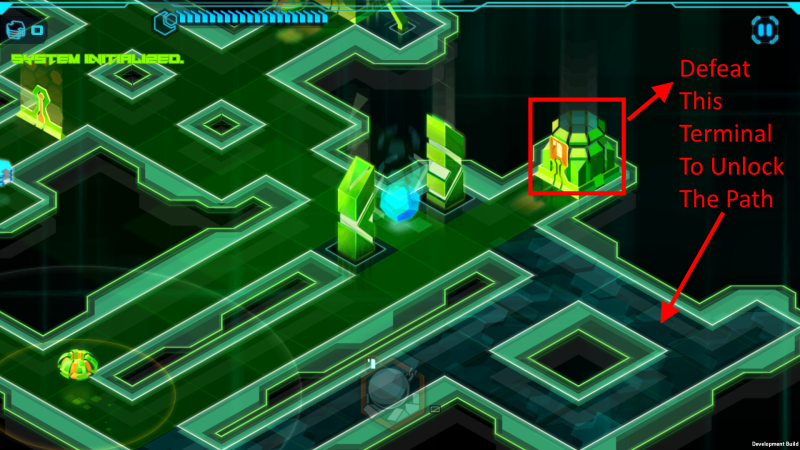 And part of re-creating Android: Netrunner as an RPG comes down to adapting its art for a mobile game. Legacy is establishing two art styles to represent each the New Angeles real world and the more mystical networld. Both will feature primarily isometric art, but they will look rather different.

“I think what Fantasy Flight is that they get a lot of pitches about turning the tabletop games into straight digital versions, and we said that we really just want to use the world and the art,” said Graham. “That’s where we see the value, and they’re really enthusiastic about that. And no one has really done that before.”

Bringing in a storytelling pro

“She’s going to help us write the basic story outline and help us get the direction of the story,” said Graham. “We feel like the narrative is the most important part of why we’re doing this. We want to tell a good story, and it’s something that mobile free-to-play isn’t doing.”

Finally, that brings us to how Android will work as a mobile RPG that’s free to download. Legacy wants to build a strong story partly because it wants to build something of value for players, and that extends to the design of the mechanics as well. 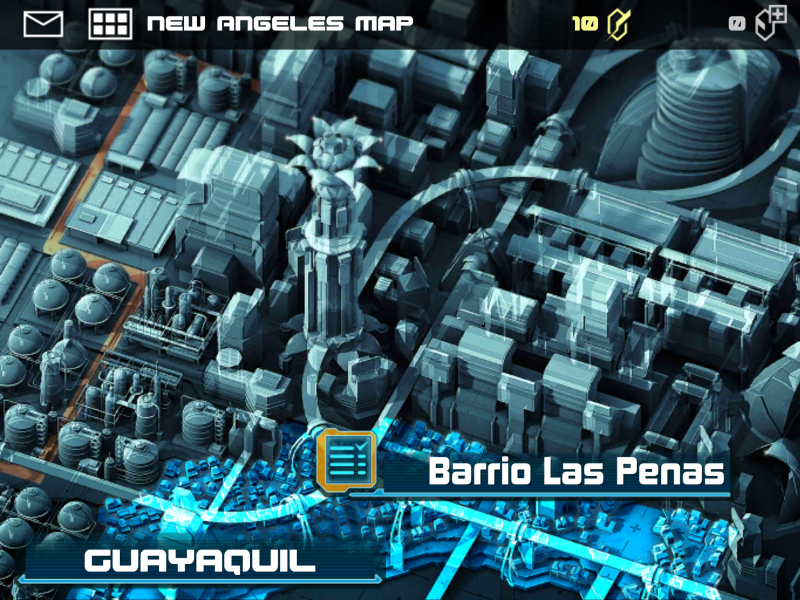 Above: The more gritty part of the Android world.

But the game will need to make money somehow.

“We’re doing this like an action-RPG like Diablo or the new Star Wars: Uprising,” said Graham. “We want to make it fair where you can play the game and do missions and upgrade your equipment, but if you want to spend some money you can get in-game currency to spend to give your social group an edge in our special daily events.”

And by encouraging players to spend money to aid their groups rather than themselves in a player-versus-player mode, Legacy is expecting it will avoid the dreaded “pay-to-win” criticisms.

Of course, it is still early for Android’s jump to mobile. We won’t get to see exactly how all of it will translate until some time next year.